Selling Sunset meets Sex and the City! Christine Quinn is a fashion icon in her own right, but she’s not above taking a style cue from one of her favorite fictional characters.

The real estate agent assembled a top-notch glam squad and went digging for the perfect pieces before taking to the streets of Beverly Hills for a photo shoot that had Sex and the City written all over it.

“I was feeling very Carrie Bradshaw meets Stepford Wife,” she exclusively told Us Weekly about her inspiration, which was a clear reference to Sarah Jessica Parker’s outfit from the opening credits in the original series. 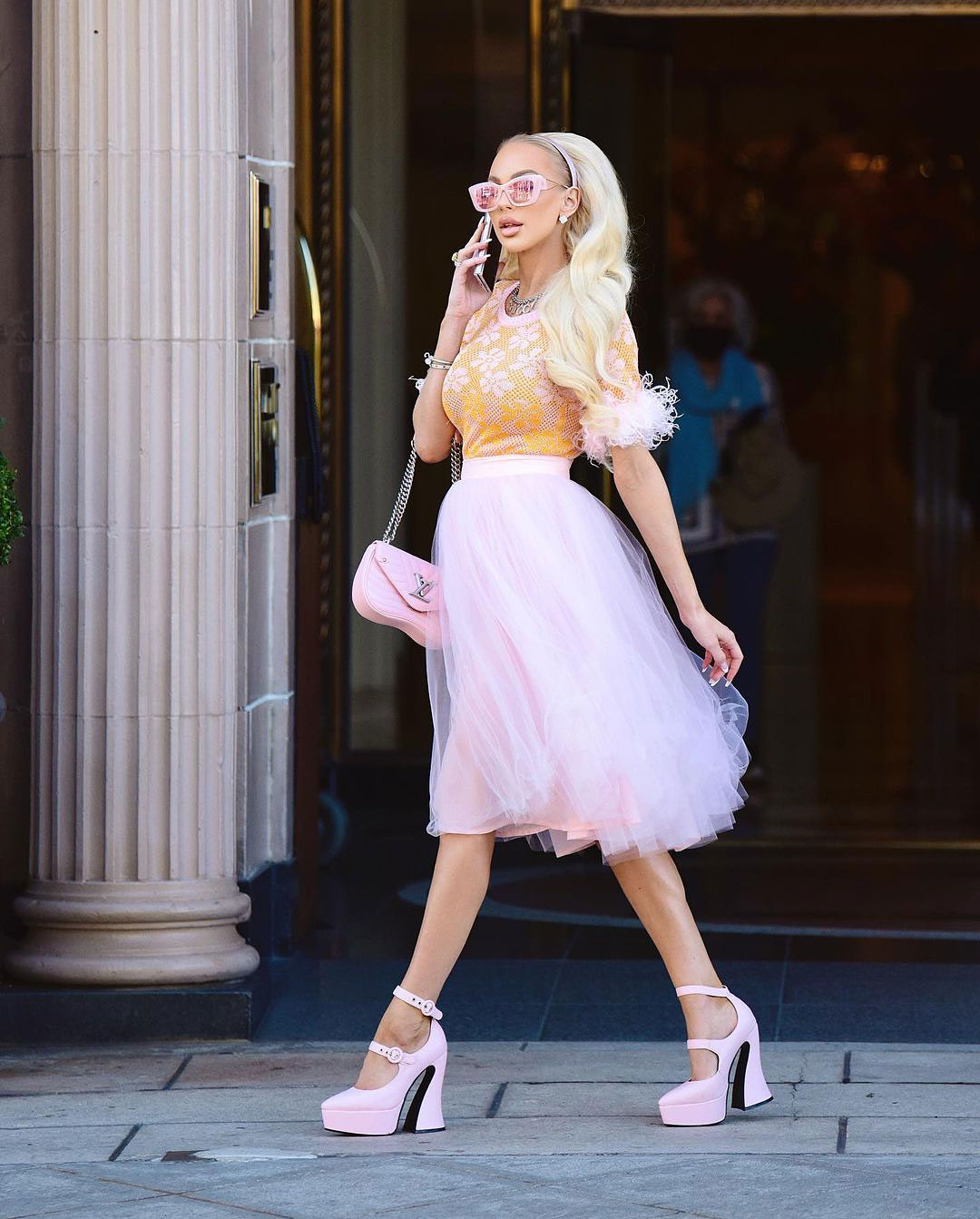 While the reality personality made sure that the star of the show was her pink, custom-made tulle tutu, an item that became synonymous with Carrie Bradshaw, she also put her own spin on things.

She paired the skirt with an orange and pink lacy T-shirt from Andreeva and amped up the accessory game — big time. The new mom added a pair of chunky platform heels from LaModa, a Louis Vuitton bag and sunglasses and a gorgeous diamond Gucci necklace.

When it came to glam, she pulled from her collection with Ciaté London and swiped the Heat Transforming Lip Cream in shade Drama Queen across her pout. 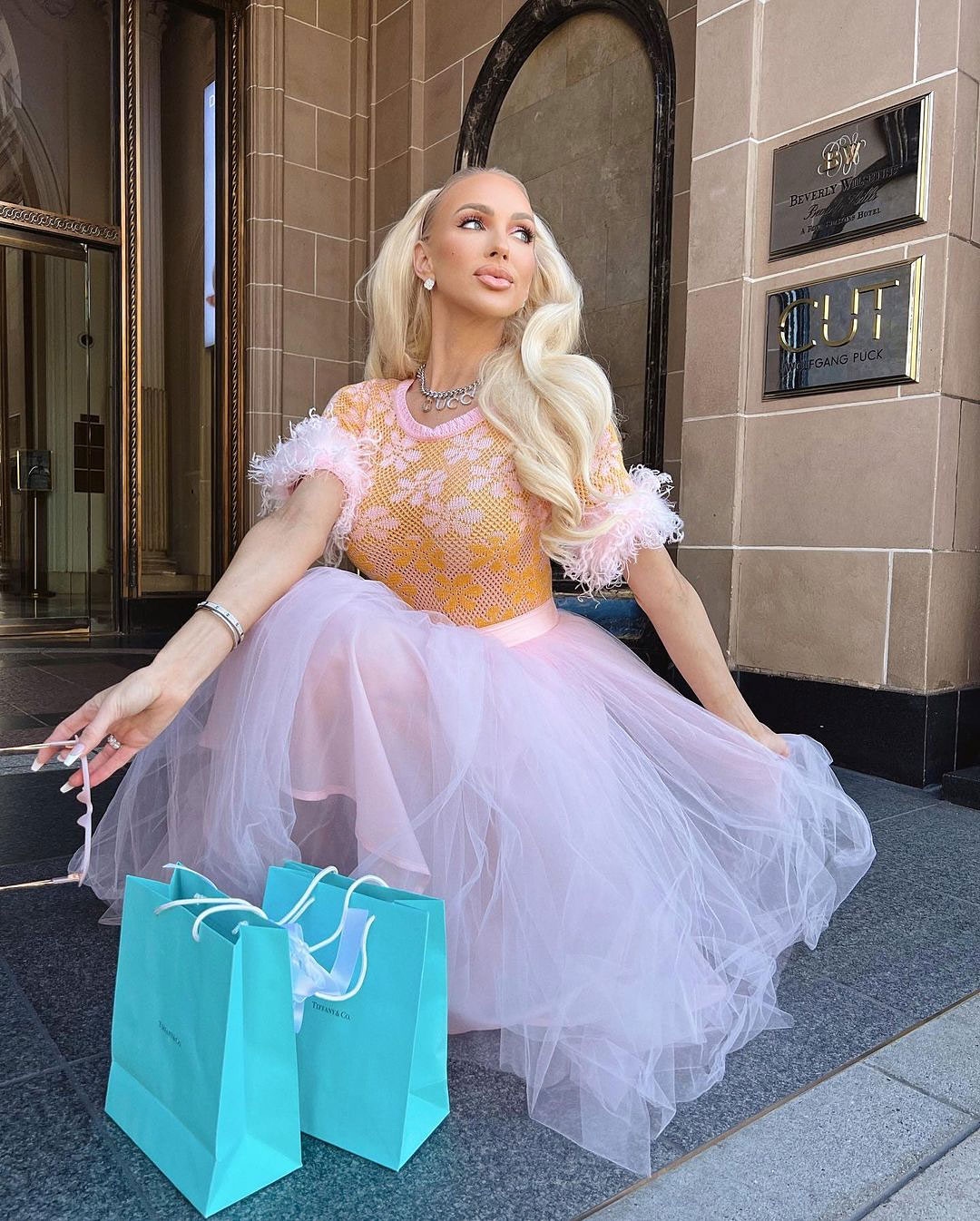 Even though the look — and all of her poses — screamed Carrie Bradshaw, Quinn insisted that she’s for sure more of a Samantha Jones [Kim Catrall].

“Carrie or Samantha? I’m definitely a Samantha,” she captioned a series of images via Instagram. Fans obviously agreed, taking the comments section by storm.

“Carrie outfit, Samantha sass,” a user wrote, while another added, “Better than both of them together babe.” Someone else chimed in: “You’re a literal Barbie!”

This pretty in pink moment is in line with what fans can expect to see from the star when season four of Selling Sunset drops. “I’m a mom, you know. So I wanted to be really cute,” she exclusively told Us earlier this year. “I changed up a lot of my colors. I was wearing more pinks and purple and dresses and more prints than I normally would’ve worn. I really girl-ed it up.”

But with every season comes a new aesthetic, so by the time season five rolls around, expect to see a little bit more “street fashion” on your screen.

“I found people from fashion schools in London who had like 50 followers … I started creating curated looks from independent designers and that was really cool and really important to me because I love to support that,” she told Stylish.