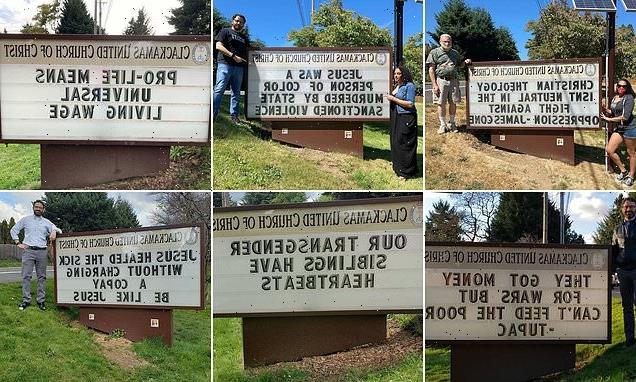 Amen to that! Pastor who leaves VERY powerful signs addressing social issues outside his church gains 18,000 likes on Facebook after they go viral

Religious buildings can be intimidating for first-time visitors, however this church is using billboards to extend an invitation to anyone.

The church has racked up over 18,000 likes for constantly updating the billboard outside of their building with messages about inclusivity, as well as showing support for social issues backed up with bible scriptures.

Bored Panda has rounded up a selection of the most popular signs from the church to show how it has continued to spread love even in times of difficulty. 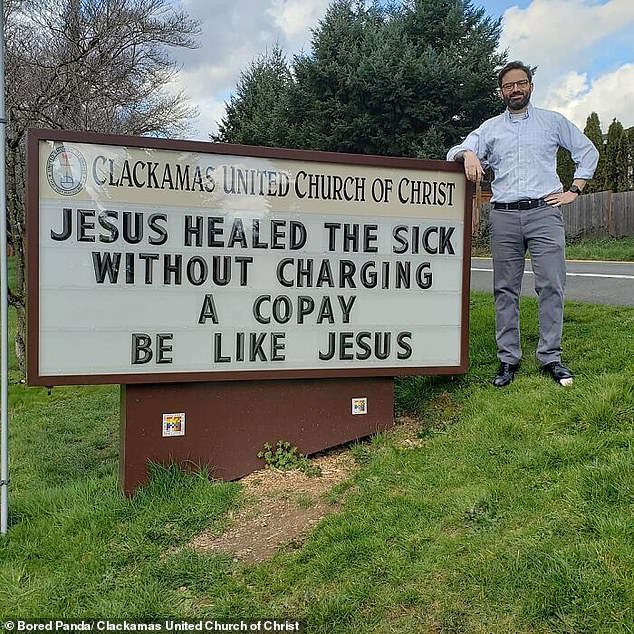 Bored Panda has rounded up a selection of viral signs from Clackamas United Church of Christ (UCC) in Milwaukie, Oregon, including one about the cost of healthcare 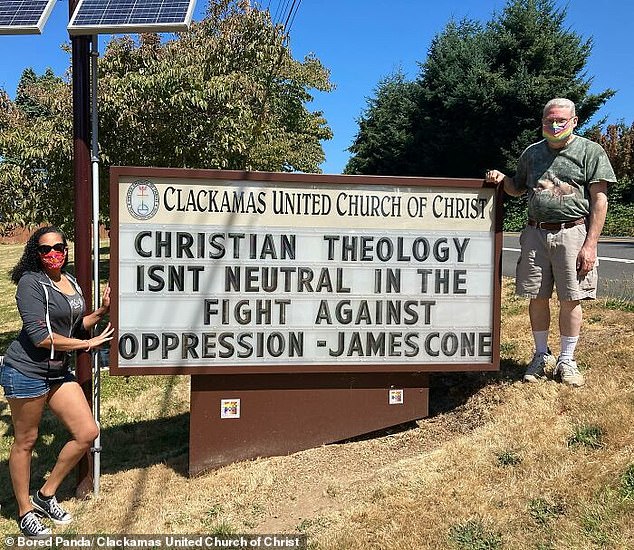 Say something! One sign from the church displayed a quote by American theologian James Cone who urged people to fight against oppression 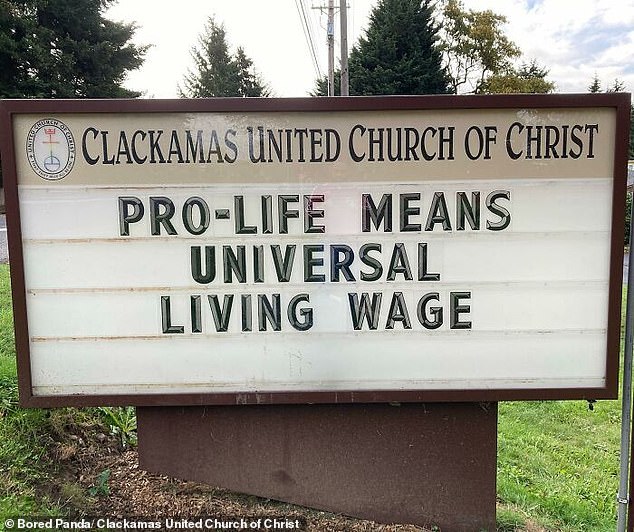 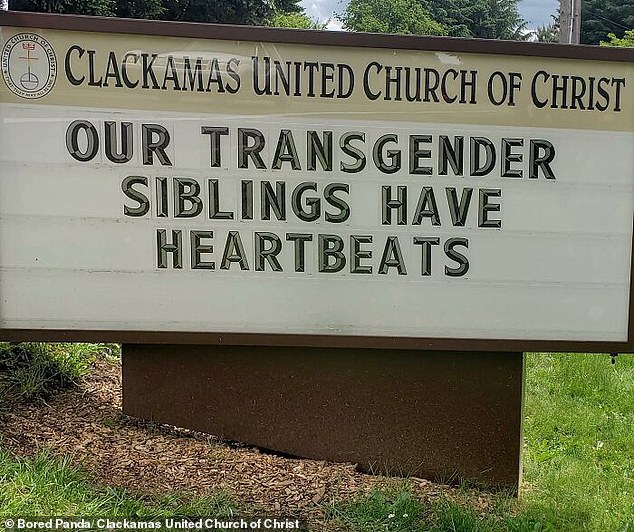 Have a heart! The church used their billboard to challenge attitudes towards transgender people 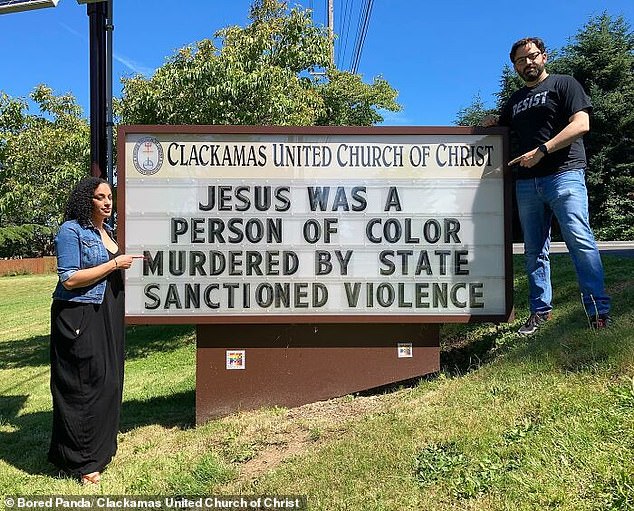 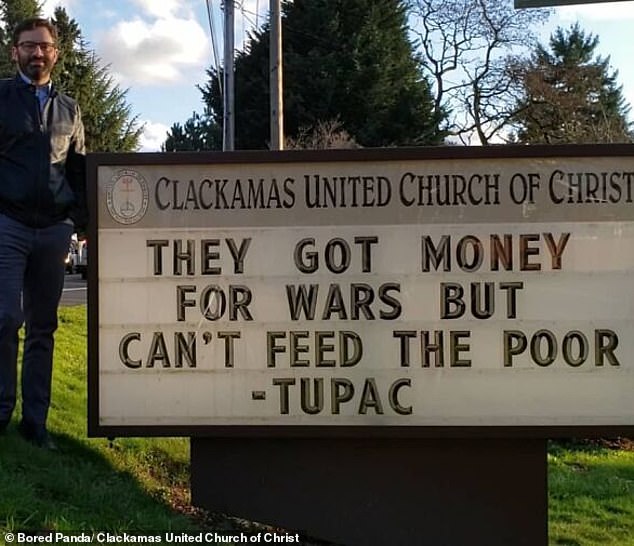 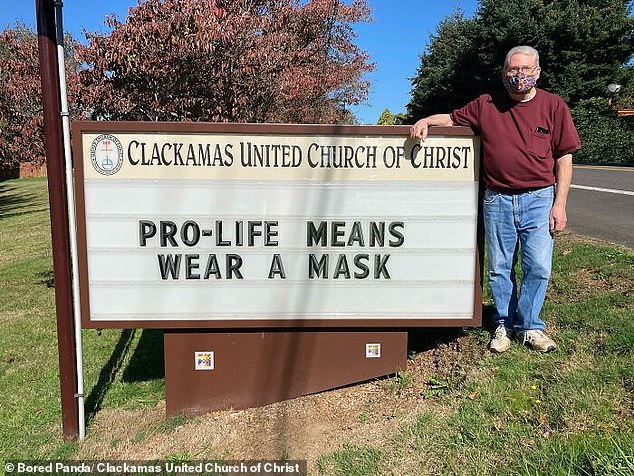 Save lives! A member of Clackamas United Church of Christ donned a face covering as the church encouraged others to wear a mask 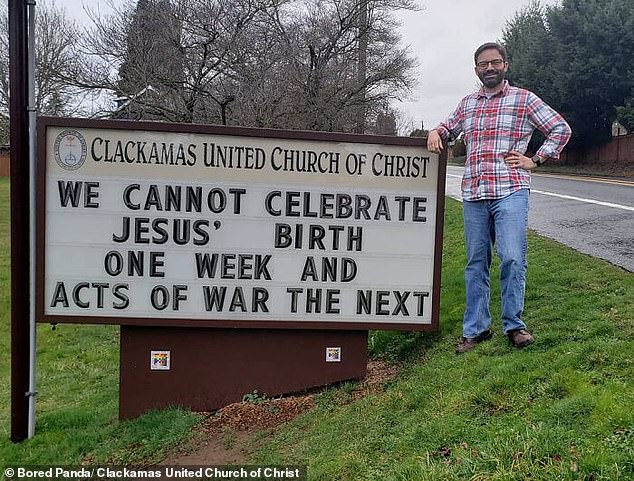 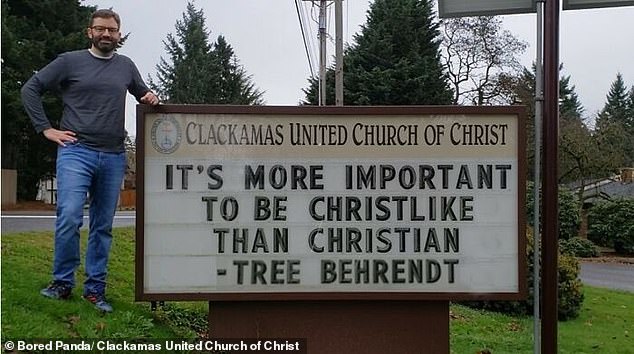 Another billboard encouraged people to embrace the mindset of Jesus that has been preached about, instead of focusing on the label of being Christian 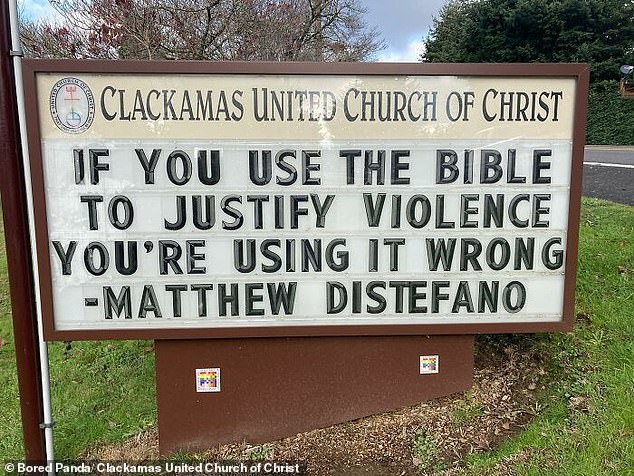 Practice peace! A quote by author Matthew Distefano was shared in the hopes of inspiring people not to twist scriptures 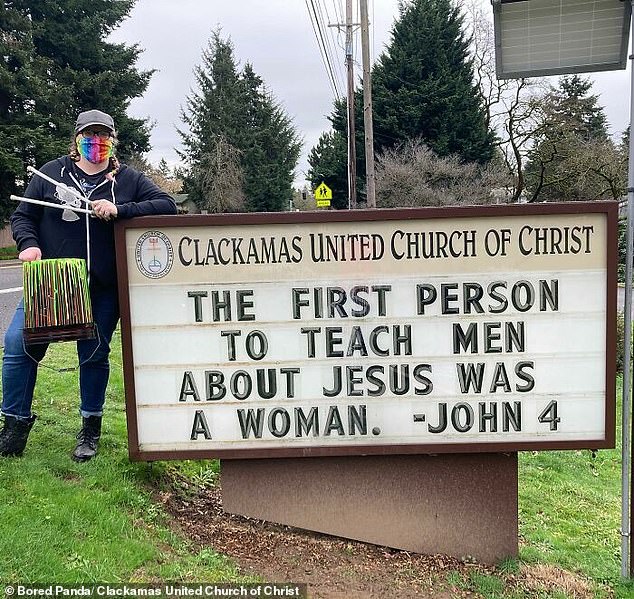 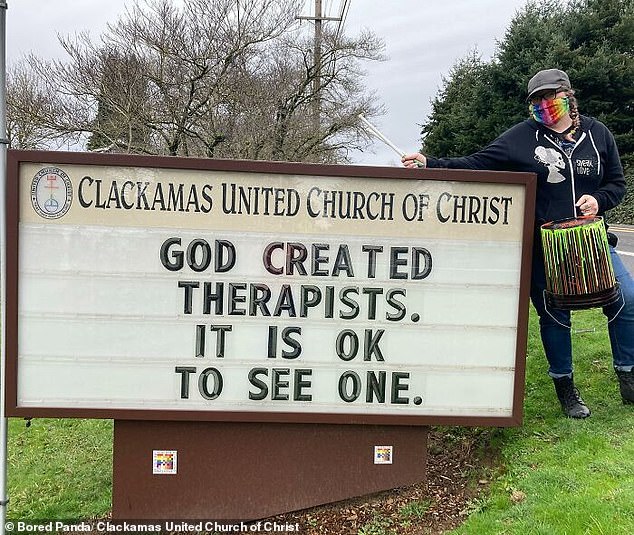