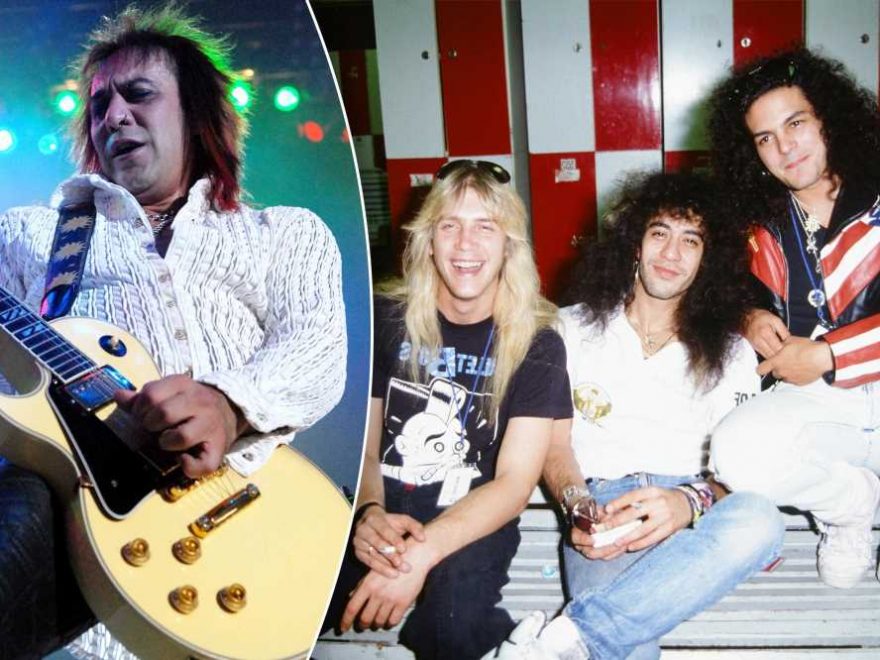 Jeff LaBar, longtime guitarist for the glam metal band Cinderella, died Wednesday at his Nashville home. He was 58.

His son and Tantric guitarist Sebastian LaBar confirmed his dad’s passing. “My father, my hero, my idol, passed away today,” he posted in an emotional via Instagram tribute. “I’m currently at a loss for words.”

The cause of his death has not yet been announced, but his ex-wife Gaile LaBar-Bernhardt discovered him unconscious after not hearing from him in a few days, The Sun reported.

LaBar joined Cinderella in 1985, three years after its creation, when the band’s original guitarist, Michael Schermick, left. The Philadelphia-based metal group welcomed him on as they were signing to a record label.

Cinderella toured with the iconic hairband likes of Bon Jovi and Poison until they eventually disbanded in 2017 after years of hiatus. LeBar later released music of his own as well as touring with other groups including Cheap Thrill, Freakshow, and the Naked Beggars.

LaBar once said blamed himself for the break up of Cinderella, revealing on a 2016 installment of the Another FN Podcast with Izzy Presley: “I believe it’s all my fault. It’s no secret that I’ve had a drinking problem. And it showed its ugly face … I guess that’s what caused a rift … When I fell out on one of those cruise ships in front of everybody — like, basically O.D.’d — that’s when the band, and mostly Tom [Keifer], took notice and was, like, ‘What the f–k?’”

Surviving Cinderella members Keifer, Eric Brittingham and Fred Coury released a statement Wednesday night saying, “Heavy hearts cannot begin to describe the feeling of losing our brother Jeff. The bond between us over decades of creating music and touring the world is something that we as a band uniquely shared.”

Among those paying their respects to LaBar after his passing was Mark Slaughter, co-founder of the band Slaughter, who tweeted, “Gone too soon. RIP Jeff Labar.” He shared a smiling snap of the two musicians.

Poison drummer Rikki Rockett was also among his peers paying homage: “Blown away hearing about Jeff LaBar. I can’t count the amount of shows we all did together with Cinderella and Poison. Rest In Peace my Brother.”