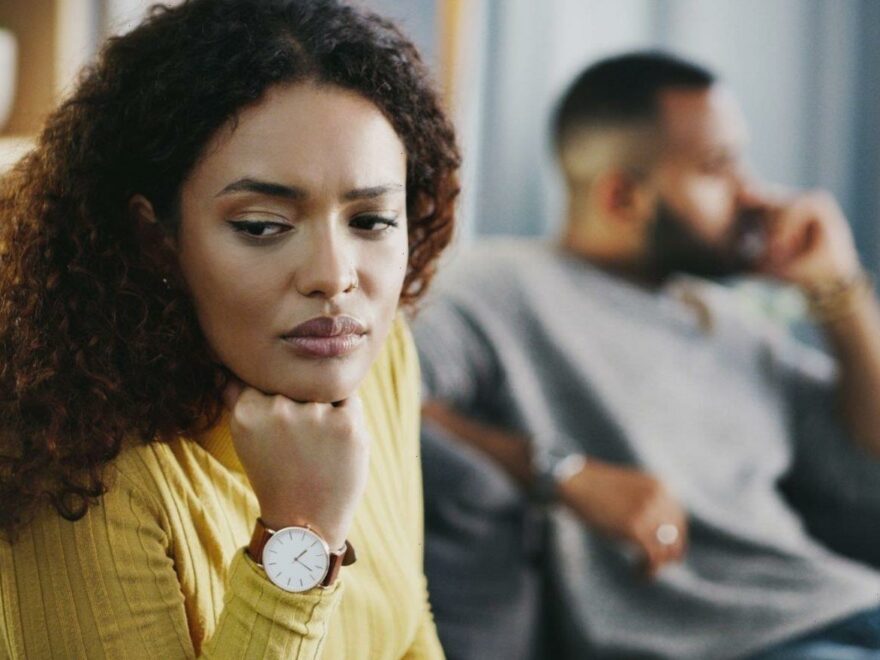 If you’ve been struggling with a power dynamic in your relationship, you may be stuck in a cycle of ‘push-pull’.

Well, sometimes, those two people continue getting to know each other and the grand gestures that first indicated the height of their mutual fascination subside but are replaced with an earned sense of friendship and trust.

Other times, though, the ending of the honeymoon period creates a sense of loss and panic for one half of the relationship, and a cycle known as ‘push-pull’ begins.

In the push-pull cycle, one person craves intimacy and another actively avoids it. It might start with the avoider starting to cool off the passion and enthusiasm they had originally shown for their partner, wanting to spend more time alone or planning an increased amount of activities independently.

This may cause the person craving intimacy to feel confused, upset and panic at the thought of being abandoned. Their panic can lead to either increasing attention focused on their partner as they make themselves more available, suggest more opportunities to see each other and chase after them however they see fit.

This anxiety over being left, though, could also result in a fear-based response which presents itself as criticism. This person may start nagging at their partner for not seeming to care enough and looking for opportunities to prove that the relationship isn’t as good as it was before.

Then – you guessed it – this added pressure prompts the avoider to back further away, finding the pressure of either feeling smothered or analysed too much. This is how the push-pull happens; one partner always pushing for more, the other pulling away.

This cycle can present itself in a multitude of ways, it doesn’t always follow the pattern explained above.

For example, there may be more back and forth as these roles keep switching. Perhaps the person initially craving intimacy may become aloof after feeling ignored. This could be because they want to seem more desirable or because they’re now unsure about the relationship. This could actually attract the avoider, and cause the roles to swap temporarily, as the chase resumes.

So, what can you do if you’re stuck in a toxic cycle like this?

Michelle Begy, MD and founder of specialist matchmaking service Ignite Dating sympathises that this can be a really difficult pattern to get stuck in.

Speaking to Stylist.co.uk, she says: “Push-pull relationships are not always deliberate (although they can be) but are frequently exhausting. The exact pattern isn’t always the same, but it can be where one partner follows a cycle of over-commitment followed by anxiety that the relationship is now imbalanced and then withdrawal as a way of recovering that balance. Being on the receiving end of this behaviour can be bewildering, as there is often no apparent trigger for the fluctuations.”

Begy advises looking inward and making sure that your behaviour is as balanced and rational as possible, concentrating on the parts of the relationship you can control. “If you are struggling with a push-pull relationship, try to maintain consistency in your own behaviour. It is tempting, and understandable, to react in kind but this will make things worse.”

She continues: “Motivations of this behaviour are typically based around insecurity and can happen because one partner is feeling a need to seek validation, followed by anxiety around being too vulnerable. If you can behave in a way that gives your partner more security and stability, through being consistent and predictable in your behaviour and communications, they will start to become more secure in the relationship and in you, and will feel less of a need to change their behaviour in return.”

Relationships, even the healthiest ones, will always have some problems. After all, merging the lives of two adults and everything that comes with them isn’t straight forward. If you feel like the positive parts of your relationship outweigh the negative, it makes sense to try and work on it and take on board Begy’s advice. However, remember you can only do so much to help a partner and that the responsibility of a relationship functioning doesn’t just fall on you.

This was originally published in September 2020