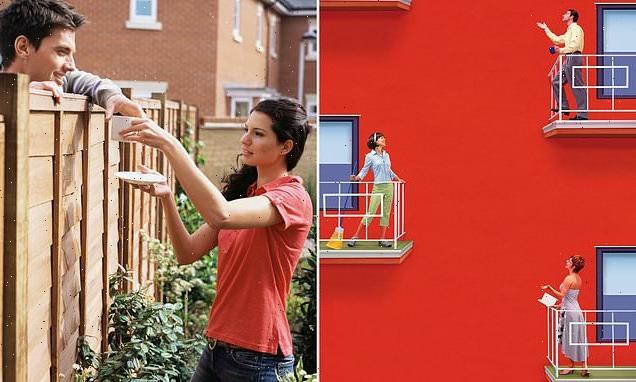 Cup of sugar? No, now the neighbours want a free FRIDGE! CLAUDIA CONNELL explains how the rise of community websites has brought an unexpected side effect

There’s something about the sheer cheek of a blagger that has always earned my grudging respect. Oh, to be that bold, blatant . . . and permanently on the make.

Take the woman — I’ll call her Amanda — who moved on to my old street in south London several years back. She introduced herself by putting a card through everyone’s letterbox explaining that she’d recently relocated to the area and would love to get to know us all. ‘How neighbourly,’ I thought. Until I read on.

Amanda suggested a wonderful way to start our friendship would be for us all to go to her house the following weekend — and help her decorate it. She’d provide the paint (how generous) but would be grateful if we could bring our own brushes, rollers and stepladders.

‘It will be a fun, lovely way to learn more about one another,’ she wrote. Not to mention a terrific way for her to save hundreds — possibly thousands — on a professional painter and decorator.

I suspect she huffily marked us all down as unfriendly snobs when none of us accepted her kind invitation.

It didn’t stop her from attempting to get everyone to chip in and pay for her trees to be pruned a year later, though. And, before you wonder if she had fallen on hard times, Amanda paid £900,000 for her house.

I thought of Amanda recently when someone drew my attention to a post causing a stir on parenting site Mumsnet. One member posted in the ‘Am I Being Unreasonable’ section about new neighbours on her street. 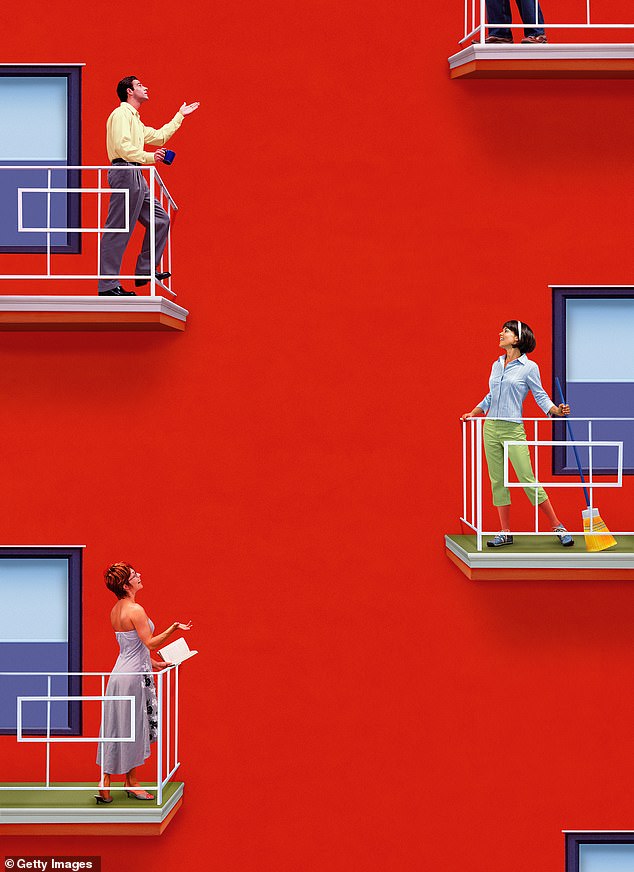 Although their sale had yet to complete, the house was empty and the vendors agreed to let them do some work on the overgrown garden before moving in.

Because they didn’t drive, the newcomers arrived with no gardening equipment (too heavy for the train) and knocked on the Mumsnetter’s door in search of tools. As the kindly poster offered them tea, it soon became apparent they were also fishing for a lift back to the station. ‘I don’t suppose you’re going into town around 4pm?’ they chirruped, explaining their current neighbours were happy to ferry them around for free. (I’d love to hear their side of the story.)

‘Make a stand or you’ll never be rid of them,’ a fellow Mumsnetter advised. Another added: ‘You’ll never see those tools again.’ I suspect they’re both right.

I saw Amanda coming, but I wasn’t so lucky with Cliff. He posted in our local Yahoo community group pleading for somewhere to store some old exercise equipment. As my loft was empty, I offered him space there.

He dropped off a broken exercise bike and an ancient rowing machine and was gushing in his gratitude. Several months later, he moved house and left both behind. When my calls and emails went unanswered, it became obvious Cliff never intended to retrieve his junk and I had to pay someone to take it away.

Previously, such cadgers and chancers were friends of friends or immediate neighbours, so known to us personally. But today, thanks to social media, we can cross paths with literally thousands of them.

Local groups on sites like Facebook and Nextdoor are designed to be a positive way to connect communities, a useful spot to sell or recycle things we no longer need. But instead, such Facebook pages, neighbourhood WhatsApp groups and community sites are choc-full of strangers begging favours and freebies.

Nextdoor boomed by 80 per cent in lockdown, while Facebook has 48.5 million UK users, with community groups covering virtually every postcode.

Within my local Facebook group this week alone, there was Theresa who needed some reading glasses (preferably tortoiseshell but she’d consider anything people could offer). Cathy had seen the weather forecast for the coming week . . . now all she needed was a free paddling pool for her kids to splash around in. As for Alex, he was rather hoping for a full drum kit.

The temptation to reply, ‘Have you tried Argos or B&Q?’ is strong, but it would be water off a duck’s back to this lot. After all, who cares what strangers think of you? Social media has given people licence to chance their arm with a huge audience beyond their own put-upon friends and family. It costs them nothing to post and — who knows — some sucker might bite.

In my area, lawnmowers, packing boxes and ‘spare fridges’ are the most requested items (who has a spare fridge?). 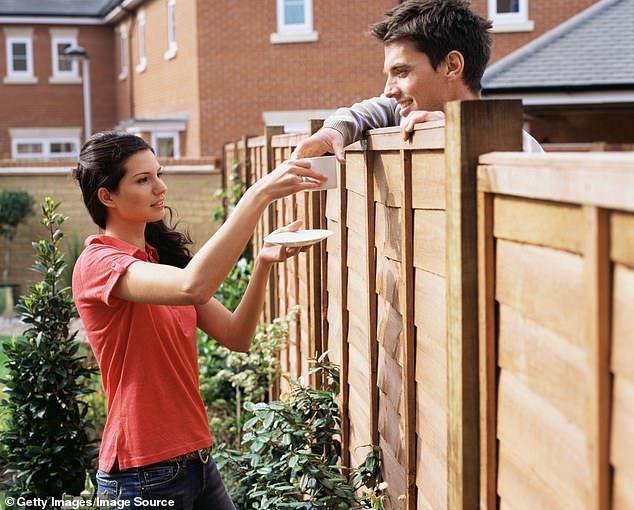 Once you become wise to it, you’ll notice the same characters popping up over and over again.

A friend sent me some screenshots from her Home Counties Facebook group where Becky appears to be a regular poster.

Becky had recently had a baby — so she’d be grateful for some baby clothes. Fair enough, they only fit for a few weeks and people are watching their pennies. Poor old Becky had yet to lose the baby weight and was a size 14, rather than the size 10 she previously wore. So she was on the hunt for some free clothes for herself, too.

But she didn’t stop there. She wanted a pushchair. She had a pram, but she found it cumbersome to get in the car, so a slimline buggy would be ideal. For those not sure, she supplied a photo of the model she was after.

Oh, and if someone wanted to throw a highchair in too, so much the better. A few days later, Becky was requesting some women’s clothing two sizes smaller than before. That’s some crash diet.

Not only was she refreshing her wardrobe and nursery, Becky was starting an aquarium — at least she would, if only she had a tank. Any going spare? The most worrying thing was she claimed her partner had already bought the fish. Presumably they were living in the bath until someone coughed up. 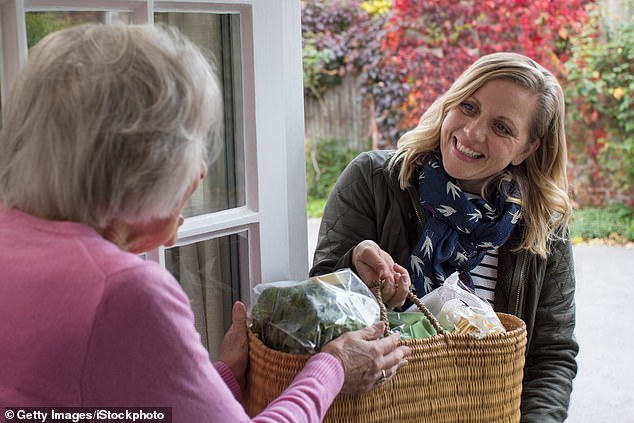 By the time Becky asked for some paint, wallpaper and brushes to decorate her house — and for them to be delivered as she doesn’t drive — one local had had enough. ‘Want me to come and paint it for you, too?’ said Alan sarcastically. Actually Alan, if my experience with Amanda was anything to go by, she probably does.

The Beckys and Amandas of this world also expect tradesmen to help them, out of the goodness of their hearts. There are endless posts asking for expert tips on how to fit a shower, build a garden wall or tile a driveway.

Presumably, many of them must get the goods and favours they’re asking for, otherwise why would they keep coming back? I suspect lots immediately sell their free swag on eBay.

Non-drivers such as Becky are also a bone of contention for me. If you genuinely don’t want to drive because you’re keen to save the planet, then good on you — but don’t constantly scrounge lifts off us filthy car-owning polluters.

If you’ve ever fallen for this, you’ll know they always offer to pay something towards petrol and then, begrudgingly, hand over a crumpled fiver which, right now, would buy a tablespoon’s worth of fuel.

Of course, during the pandemic, it was heart-warming to witness how much communities helped one another out. But as we return to normal, it didn’t take long for the chancers and blaggers to come out of the woodwork — woodwork they’d be very grateful for help sanding down and varnishing, no doubt.