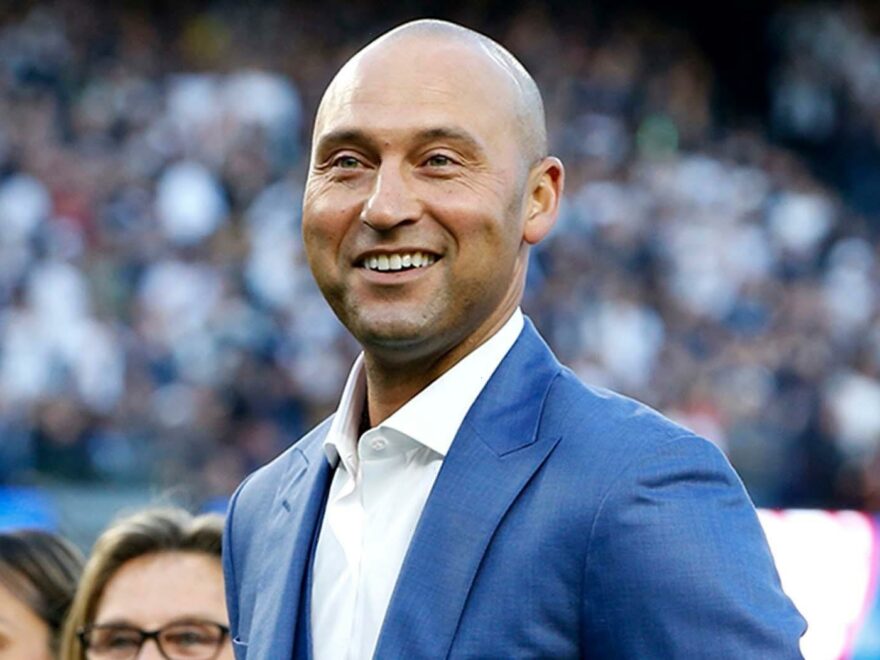 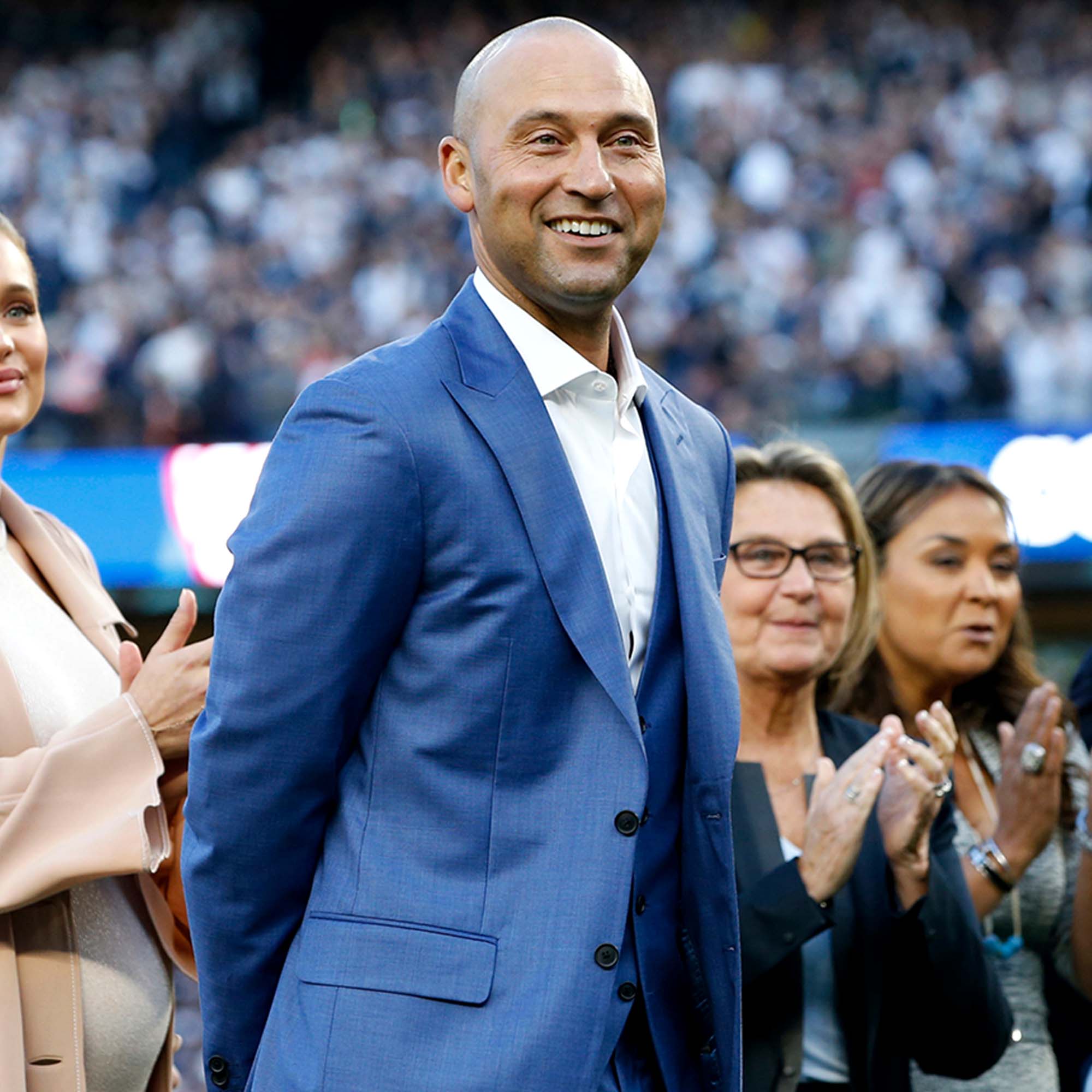 Homerun hero to doting dad! Derek Jeter is giving a rare glimpse at what it means to be a father to three daughters — and it could not be more glamourous.

“I have a new appreciation for nail polish remover,” Jeter, 48, wrote via Twitter on Thursday, August 4, alongside a photo of himself sitting in a chair and getting his nails painted by daughters Bella, 4, and Story, 3. Jeter’s youngest daughter, 8-month-old River Rose, could also be seen in the shot as she sat by her father’s feet. 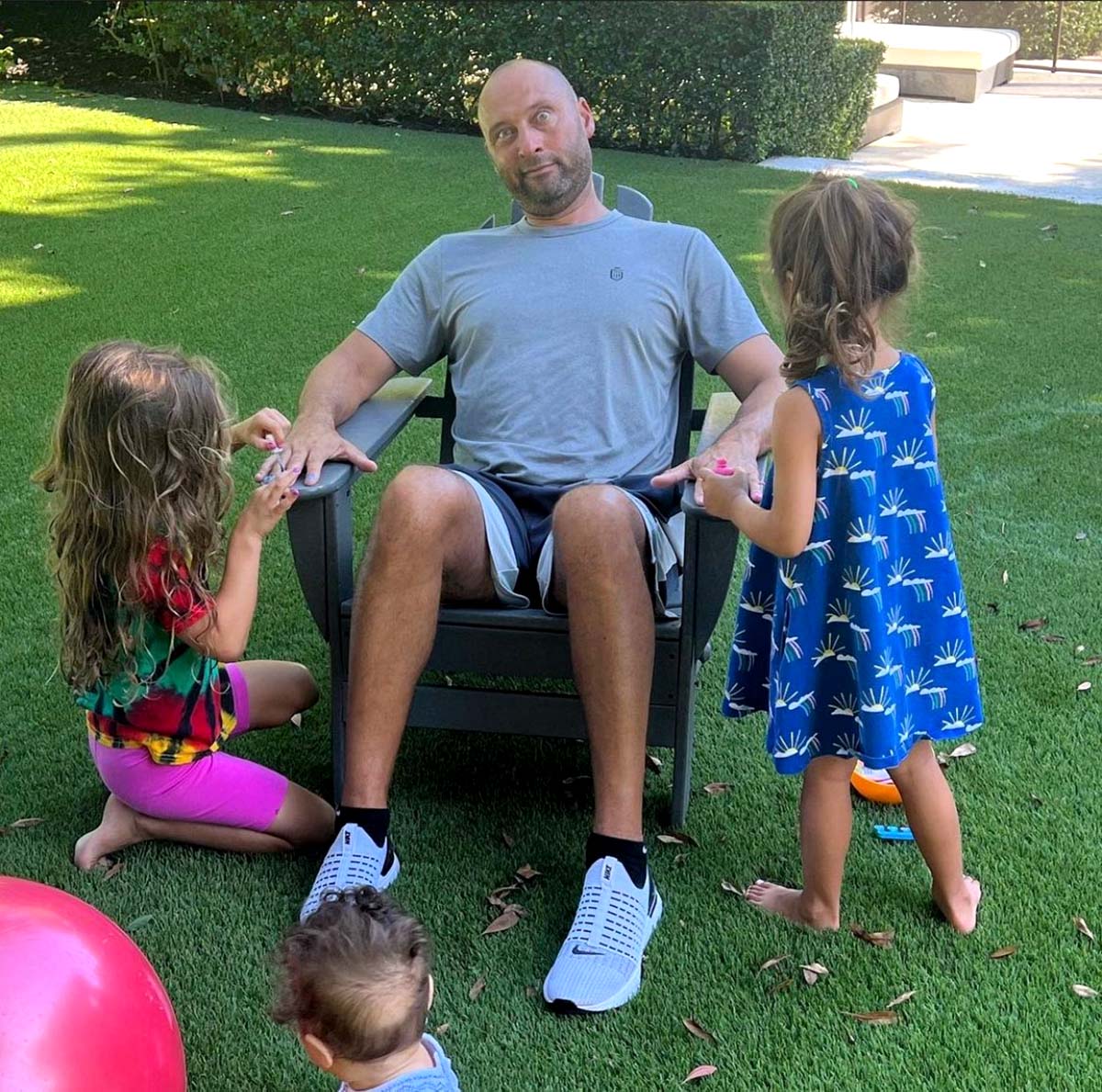 The couple tied the knot in 2016 and welcomed first daughter Bella one year later. While the pair have rarely chosen to share details of their private life with the public over the years, Derek made an exception to showcase his new manicure.

The retired athlete’s sweet snap comes just days after the All-Star revealed that his biggest focus in life is being the best he can be. “I’m chasing my girls around,” he told Fox 5 New York in July. “Right now, I’m really focused on being there for them and trying to help them find out what they’re passionate about.”

That same month, Derek also opened up about the more challenging aspects of being a dad to three daughters. “The mornings are early … getting them up, they’re not in school right now, but dropping them off at school, picking them up,” the former shortstop explained in an interview with Extra. “Tennis lessons, ballet lessons, you know … I’m getting my nails painted and makeup on my face, dresses. So there’s a whole other side to me.”

While he may be the world’s best dad these days, the former shortstop did admit that there was a time he would have been “too selfish” to be a father.

Blue Ivy Is Beyonce’s Twin! Celebs and Their Lookalike Kids

“I always said this during my career, I have the utmost respect for players who were able to have families while they played. I was very selfish,” he explained. “It was all about me and my career and I just wasn’t able to do it.”

However, when Bella arrived in 2017, Derek knew his life was instantly changed forever. “You always hear people say, ‘Wait until you have your own kids,’ but it really is true. I couldn’t be happier,” the Golden Glove Award winner told Us Weekly in August 2019 during an event. “I’ve been blessed to have two beautiful daughters and I’m looking forward to seeing them grow each and every day.”

The New Jersey native also shared that while being the only man in the house may be an adjustment, it’s also “the greatest blessing” he’s “ever had” in his life. “You know coming home and, they could care less how your day went … Most days, they’re happy to see you … It’s just been a wonderful experience,” he gushed.