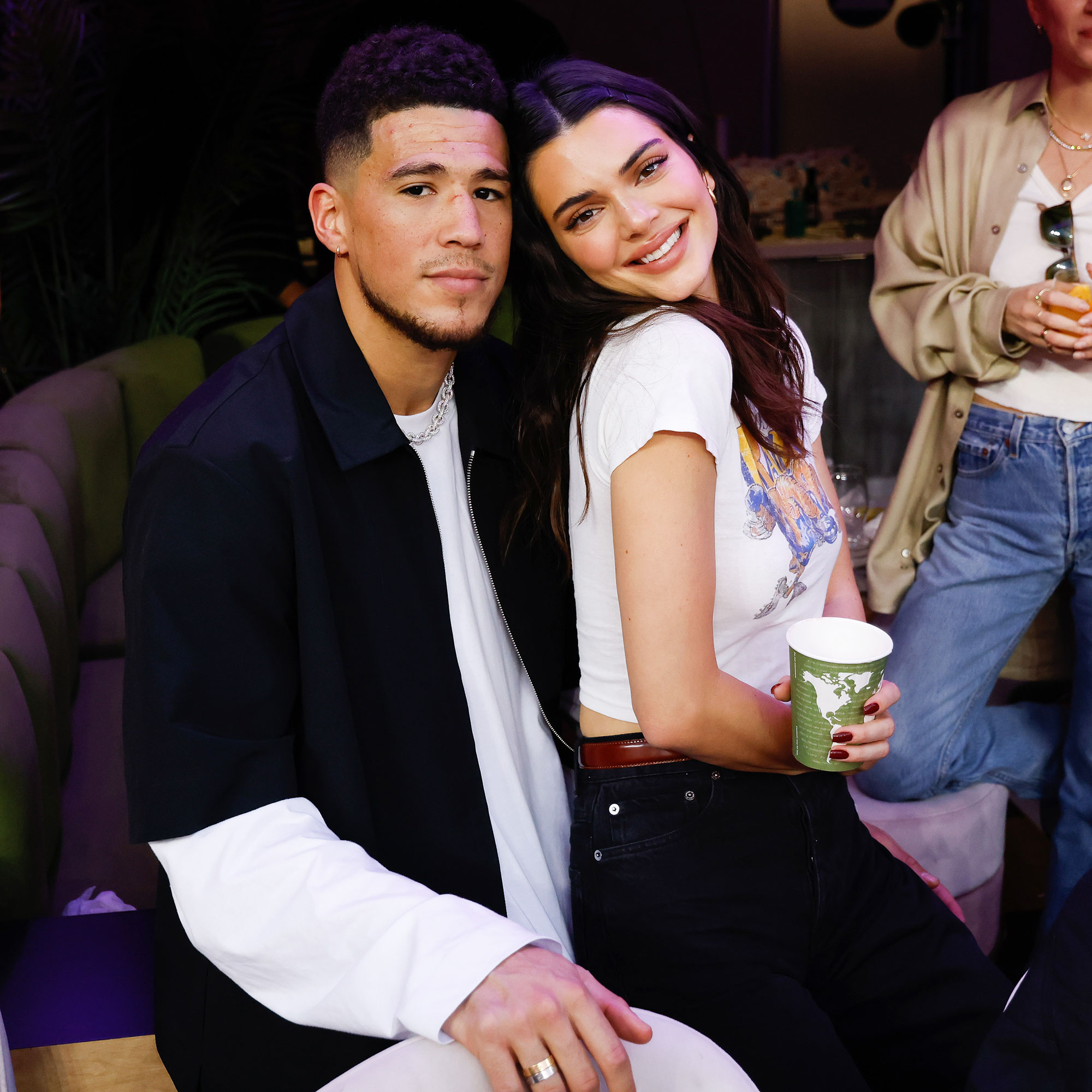 The supermodel, 26, shared a handful of photos from her latest adventures on Sunday, June 26, including a sushi dinner and a video from a drive at sunset. Jenner put her most attention-grabbing photo up front, which showed the 818 Tequila founder sunbathing nude while looking at something on her phone. Booker, 25, “liked” the post, including the risqué snapshot, shortly after it was posted.

Jenner and the Phoenix Suns player called it quits earlier this month after two years together, with a source exclusively confirming to Us on Wednesday, June 22, that the duo had “been apart for over two weeks now.” Explaining that the breakup might not be permanent, the insider continued, “[They’re] taking this time to focus on themselves and figure out if a future together is what’s meant to be.”

“Kourtney’s wedding really put things into perspective,” the insider explained, adding that the pair are “still super amicable and supportive of each other” despite going their separate ways.

Kendall Jenner, Devin Booker’s Sweetest Quotes About Each Other Pre-Split

The Keeping Up with the Kardashians alum was first linked to Booker in June 2020, with a source telling Us at the time that the duo were “hooking up,” although their romance was “not serious.” The athlete attended Jenner’s Halloween-themed birthday party four months later, but they didn’t make their relationship Instagram official until Valentine’s Day in 2021. While the twosome shared a few glimpses into their connection in the years since, Jenner explained in June of that year that she likes to keep her love life out of the spotlight.

“No, I don’t actually only date basketball players,” she joked during the Keeping Up With the Kardashians reunion special. “I’m not ashamed that I have a type, and I’m also a genuine basketball fan. … I just feel like it’s a private matter and not for anybody else to judge or know.”

The reality star previously revealed that she would only go public with relationships that were “serious,” telling Harper’s Bazaar in April 2017, “I think it’s something sacred.”

She continued, “It’s something between two people, and nobody else’s opinion needs to be involved in it. People want to start drama. If I had a boyfriend, people are going to say all this stuff that’s probably going to cause us to break up.”

Seeing her older sisters’ relationships play out on the small screen over the years also taught the California native to be more protective over her private life. “I got a glimpse of how my sisters dealt with [the attention] and it’s cool to learn from that,” Jenner told Vogue Australia two years later. “For me, a lot of things are very special and very sacred, like my friends and relationships, and I personally think that bringing things into the public makes everything so much messier.”

Kendall Jenner’s Quotes About Relationships Through the Years

Booker, for his part, told WSJ. Magazine in March 2022 that he didn’t find dating in the public eye to be particularly difficult. “Honestly, I’m enjoying life to the fullest, and that came off my tongue so easily because it wasn’t always this way, but I feel like I’m in a good place right now,” he said.