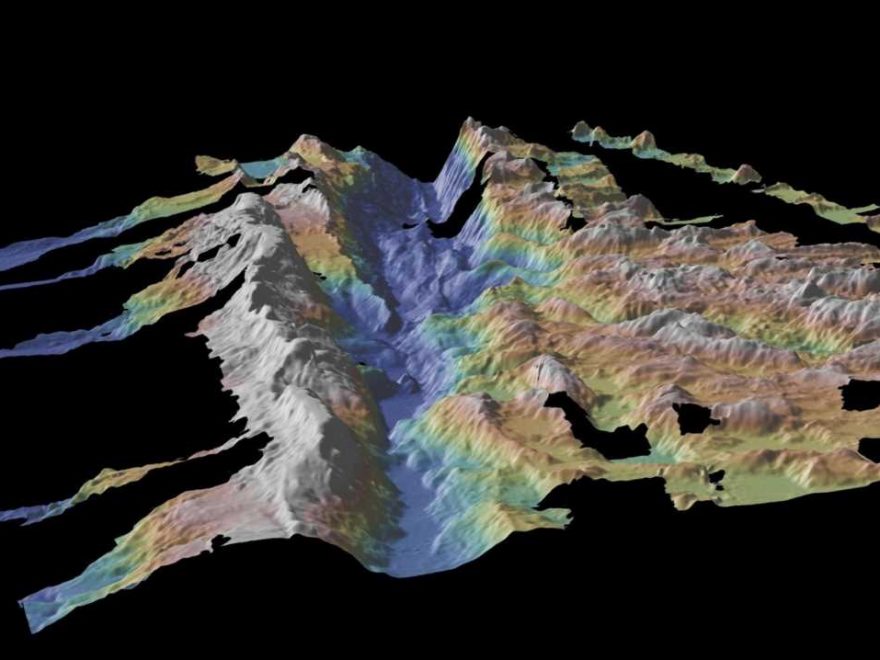 While earthquakes are known to destroy things once and depart, they’ve never been documented returning for a second helping of havoc — until now.

In a seismic new study published in Nature Geoscience, an international team of geologists has discovered evidence of a “boomerang earthquake” — a type of quake that can ricochet — which rocked the seafloor beneath the Atlantic Ocean in 2016.

“Our new study provides some of the clearest evidence for this enigmatic mechanism occurring in a real fault,” said Stephen Hicks, an earthquake seismologist at the Imperial College London.

Undersea seismometers detected the tectonic terror traversing the Romanche Fracture Zone, a 560-mile-long fault located approximately halfway between Brazil and Africa, reports National Geographic. The team then analyzed the position of the earthquake’s epicenter and the energy released by each rumbling phase to put the pieces together.

They found that while ordinary temblors focus their energy in one direction, the 7.1-magnitude monster — termed a “back-propagating supershear rupture” — reportedly tore eastward before doubling back and continuing in the opposite direction at an accelerated velocity.

“This was a weird sort of configuration to see,” said Hicks of the earth-shattering event.

Even more terrifying, the tremor traveled at a quake-neck pace of 11,000 mph during the return trip — so fast that it generated the geologic equivalent of a sonic boom. Or, to put it in simple terms, quick enough to jet from London to New York in 18 ½ minutes.

Still, it’s an exciting find considering that the seismic occurrence has, up until now, been primarily observed only in theoretical models. “To the best of my knowledge, this is the first time it has been reported,” geophysicist Yoshihiro Kaneko from GNS Science in New Zealand told National Geographic.

Most importantly, the groundbreaking findings can help researchers understand how “boomerang earthquakes” could potentially impact populated areas, according to Kasey Aderhold, a seismologist with the Incorporated Research Institutions for Seismology.

This isn’t the first geologic phenomenon to have scientists quaking in their boots. Seismologists have warned that last year’s tremors in Southern California have upped the likelihood of a major San Andreas Fault earthquake.