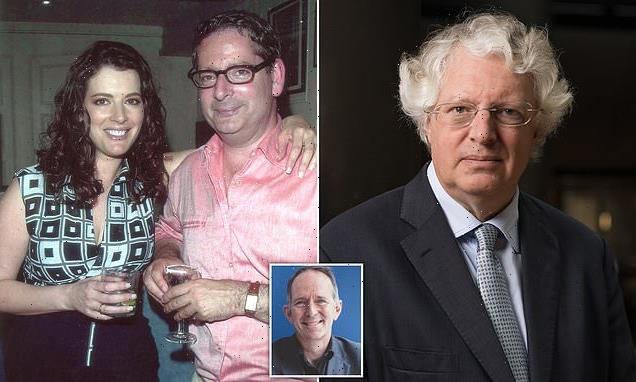 DOMINIC LAWSON: Nigella ‘catty’? Me ‘kind’? A billionaire’s memory of us is false but, like him, my brain can’t recall the past

Guy Hands, one of our most remarkable businessmen and philanthropists, has just brought out his memoirs — and been highly complimentary about me in them. Unfortunately, I think he’s got the wrong man.

To explain: the journalist Charlotte Edwardes has produced a fascinating interview with this titan of the private equity industry about his life and career, which reported how, in the 1980s, ‘at one house party he found siblings Dominic and Nigella Lawson: Nigella was catty when he couldn’t express himself well, but Dominic was ‘unfailingly kind’.’

This struck me as odd. My sister is not that sort of person, and ‘unfailingly kind’ is, alas, something I have never been. 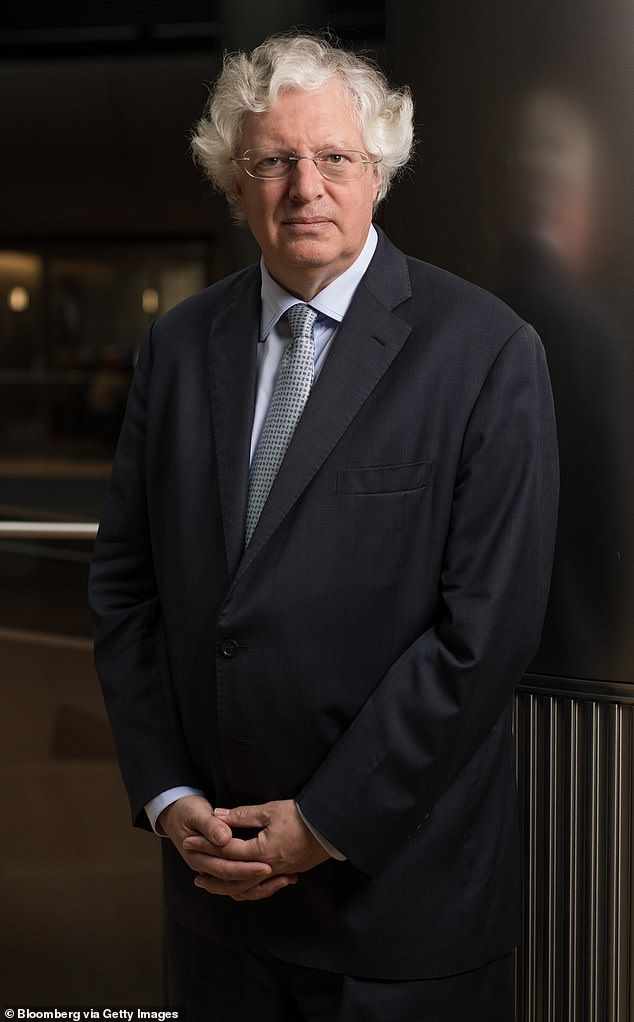 Remarkable businessman and philanthropist Guy Hands has recently brought out his memoirs titled Dealmaker: Lessons From A Life In Private Equity

Could it have, in reality, been the other way around? I asked my sister, who said she had no recollection of meeting Guy Hands, at any time or place.

So I looked up the full account of this alleged encounter in the memoir itself (Dealmaker: Lessons From A Life In Private Equity).

The passage referring to my alleged ‘unfailing kindness’ and my sister being ‘somewhat cutting’ begins: ‘Rich Tories would sponsor weekends away for aspiring student politicians.

‘One I remember vividly was held in a beautiful country house just outside Oxford. There were about 30 of us there, including the son and daughter of the then Chancellor of the Exchequer, Nigel Lawson . . . the assembled company seemed interested only in discussing politics past and how to win future elections.’ 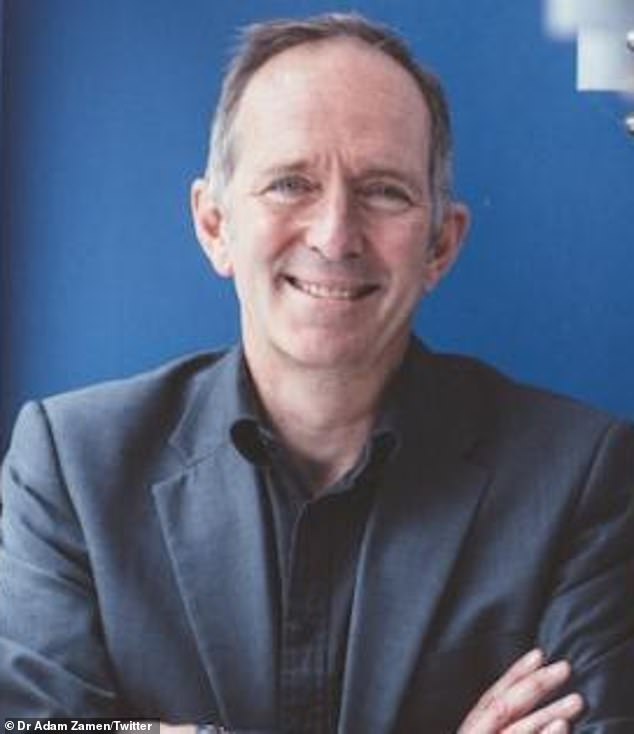 Odder still. Unlike Hands himself (who had been President of the Oxford University Conservative Association) I was never involved in politics as a young man, and never joined the Conservative Party.

As for my sister, not only has she never been remotely interested in ‘politics and how to win elections’, if she did ever decide to join a political party, it would definitely not be the Conservatives.

So this is an elaborate case of false memory. But there was a clue to this confusion elsewhere in the interview with the Channel Islands resident multi-billionaire. Edwardes reveals that Hands ‘has a condition called aphantasia . . . he is unable to form a mental image of [his wife] Julia, but knows she has blonde hair and blue eyes’.

Now I understand — and only too well. I have the same condition, if it can be called that.

The name aphantasia was given by the cognitive neurologist Adam Zeman to describe those people who have no ‘mind’s eye’ — that is, they can form no visual images.

This is no disability, and I did not think there was anything odd about my own lack of mental images until Professor Zeman spoke to the BBC about this in 2015, and suggested that only around 2 per cent of the population completely lacked a visual imagination. 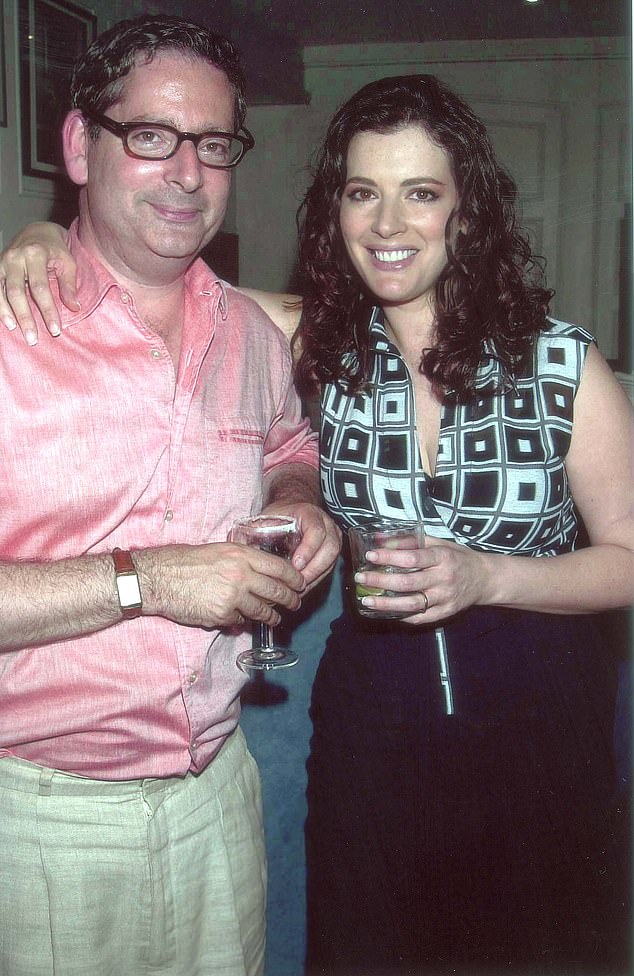 Dominic Lawson with his sister Nigella, who Guy Hands in his new memoirs claimed he met in the 1980s despite neither sibling being able to recall the encounter

Indeed, I had always been amazed by my wife saying that she could carry an image of me (and, indeed, many other people) in her mind, retrievable at any time.

By contrast, I can retain no images of her, or our children, when I am apart from them; but, like Guy Hands, I can describe my wife’s appearance in words; that she has auburn hair and grey-green eyes.

Dr Zeman — coincidentally a schoolfriend of mine — became interested in this when he had a patient who suddenly lost the ability to visualise.

This happened after the man had undergone an operation on a coronary artery: the abrupt loss of visual imagination greatly upset the patient, who complained to Dr Zeman about it.

But for those of us who never had it in the first place, there is no moment of distress. We know no other way of being.

If there is a social disadvantage, it lies in something which Dr Zeman has uncovered in his subsequent investigations: aphantasia is associated with a very weak autobiographical memory.

And mine is appalling, embarrassingly so. When I asked Adam why this should be, he said that visual images are a great help in recalling our life’s experiences.

A stark description of this was given by Blake Ross, an American software engineer who developed the Mozilla Firefox internet browser.

After reading an account of Zeman’s discoveries, Ross said it explained a lot to him: ‘Strangely, I feel relief. It is vindication in some lifelong battle against an enemy I could never find.

‘I’ve always felt an incomprehensible combination of stupid-smart . . . What was it like growing up in Miami? I don’t know. What did you do today? I don’t know.’

This may be an extreme case, but I identify with it. I have almost no childhood memories; and I, too, struggle to remember, if asked, what I did over the past 24 hours.

But I can replay symphonies in my ‘mind’s ear’, and have a good recall of things like historical dates and telephone numbers. Chess games, too.

And there are some advantages, even. Because I don’t have mental images even while dreaming (some with aphantasia do), I am not plagued by vivid nightmares.

Also, I would be one of the last people to suffer any form of post-traumatic stress disorder, as this condition typically involves an excruciatingly realistic recall of horrible personal experiences, with images that can’t be erased.

So, for example, I was once involved in a head-on car crash. It was unpleasant at the time, obviously, but after it happened, it was . . . over. I suffered no shock at all.

This form of resilience is some sort of compensation for the social awkwardness that I feel when a friend tells me about something we (apparently) did together in the past, and I have no recollection whatsoever. Let alone whether he is accurate in his own recall.

That was my initial anxiety when reading Guy Hands’ flattering account of my non-existent encounter with him all those years ago. In general, it is easier to say, ‘Oh yes, I remember it well’. Even when you have no idea.

Here’s how Boris could give the French a shock

Not for the first time, the French government has threatened to cut our electricity supply as part of its campaign to force the UK to accede to its demands over fishing rights in British waters.

Last week its minister for European affairs, Clement Beaune, declared: ‘We defend our interests nicely, diplomatically, but when that doesn’t work we take measures. The Channel Islands, the UK, are dependent on us for their energy supply.’

This is a minatory reference to the fact that we get electricity from the ‘interconnector’ running along the bottom of the English Channel. 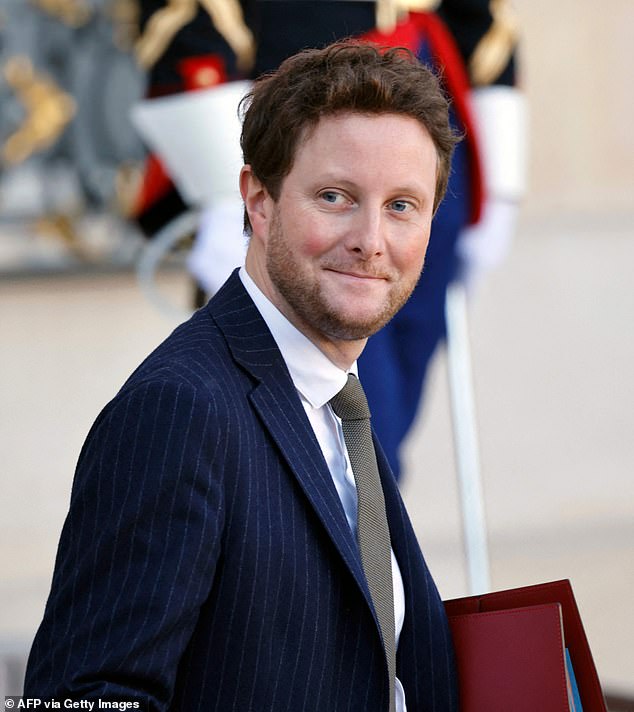 Last week the French minister for European affairs, Clement Beaune (pictured), said: ‘We defend our interests nicely, diplomatically, but when that doesn’t work we take measures’

Yet EDF (Electricite de France) also owns and runs all Britain’s eight nuclear power stations — and is set to build a new one, Sizewell C in Suffolk.

There has been increasing concern in the British government at the fact that China has a 20 per cent equity stake in that particular project — and a larger, 33.5 per cent stake in another proposed reactor, at Hinkley Point.

These arrangements were put in place when David Cameron’s government was making nice with Beijing, but the mood has changed, and Whitehall is trying to find a way to get China to divest. 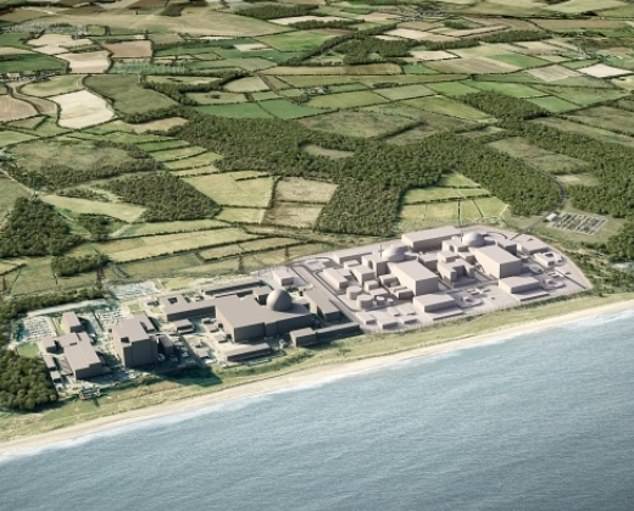 But say what you like about the Communist regime of Xi Jinping, it never threatened to cut our electricity supply.

The government of Emmanuel Macron has, repeatedly. And yet it is proposed that the same state, via EDF, should be rewarded with the contracts to build our next generation of nuclear power stations.

I don’t know what Boris Johnson said to Macron when they met at the G20 summit in Rome on Sunday; but I trust it included a warning that, if Paris does cut our electricity supply as a political weapon, then this arrangement with EDF would no longer be acceptable and, as a last resort, we would re-nationalise our nuclear power programme.