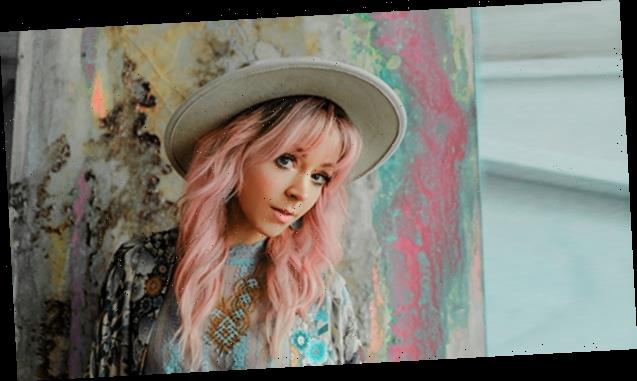 ‘DWTS’ finalist came in second place so Hollywood Life spoke EXCLUSIVELY with the alum who is thrilled to see the reality show returning in these unprecedented times.

Dancing With the Stars alum Lindsey Stirling thinks it’s “great” the long-running reality competition series is back despite the pandemic. In this unprecedented time, the world is collectively dealing with the new normal and adjusting to social distancing so it’s understandable why a dancing competition show may be difficult to pull off. So HollywoodLife caught up EXCLUSIVELY with the DWTS finalist ahead of her Wave Virtual Concert Experience in support of St. Jude Children’s Research Hospital on Aug. 20 to get her thoughts on the hit show returning amid the coronavirus.

“I think it’s great that the show is coming back. I think a lot of people thought it wouldn’t be able to return due to COVID,” the Billboard Award-winning violinist said. “And I think that we need something to make us smile and we need entertainment people in the entertainment industry.”

Lindsey, who finished in second place with partner Mark Ballas during season 25 and returned for a guest appearance in 2018 for a “trio dance” with Sharna Burgess and Bobby Bones, was thrilled for Sharna’s season 29 return after not being asked back last season. “I was really excited to see that announcement! I keep in touch with some of the pro dancers still so I’m just really happy for her,” Lindsey said. “I’m glad she’s back. We still need opportunities to share, and work, and so it made me so happy to see that all these dancers that I love, including Sharna and Sasha [Farber] and Emma [Slater]. They’re all getting to go back to a show that they love, so that made me really happy.”

Thrilled to announce I'm partnering with @stjude and @thewavexr to bring back my virtual concert on 8/20 at 3pm PT/6pm ET. Tune into Lindsey Stirling Live: The Artemis Reprise on YouTube, Facebook & Twitch! Link in bio to RSVP.

Meanwhile, Lindsey has had a full plate after recently releasing her new single “What You’re Made Of” featuring Kiesza which is the official theme song of Azur Lane Mobile Game. She’s also been preparing for her virtual reality performance, Lindsey Stirling Live: The Artemis Reprise which is streaming live on Lindsey’s YouTube channel, Facebook page and Twitch channel. “It’s really cool to do a live performance with an audience in a virtual world,” Lindsey said. “It’s something so unique. It’s such a cool way to be able to still entertain, give a show, have that energy in a way that everybody feels connected and safe so I’m really excited about it.”

But it’s all about the cause which is so important to Lindsey and why she’s giving back. “Going back to touring, this brings me back home, that feeling of being on tour because something that was important to me was when we would visit a lot of the children’s hospitals on my car route,” she explained. “We would go to the hospitals when we could and we would usually try to visit the children’s ward. And so that’s always been a priority to me. And especially I think, because I had spent time in the hospital with my own loved ones, my dad was going through chemotherapy and my best friend was going through cancer treatment, as well.”

“I spent time with them in the hospitals. I know personally, how hard and draining and scary and depressing it can be. It’s sometimes hard to find hope. And so, that’s why ever since those experiences and especially after losing them both, it just became something that every year, every Christmas, I do, my own efforts to help families that are stuck in a hospital. Whether it’s visiting them on tour, or doing my annual Christmas project to help people in hospitals, or whether it’s partnering with St. Jude to bring a little bit of joy into hospitals through a virtual performance, it’s one of the things that I will always say ‘yes’ to.”