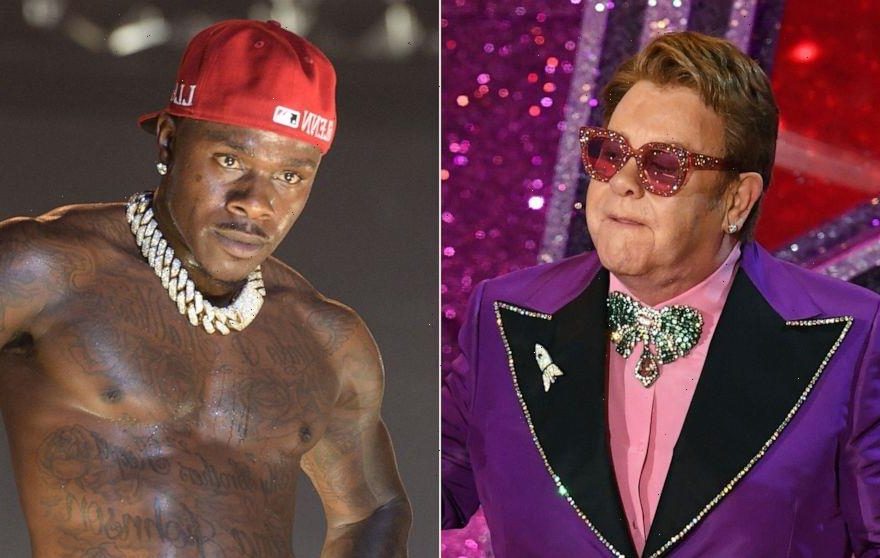 Elton John is the latest celebrity to condemn the homophobic and controversial remarks about those living with HIV made by rapper DaBaby at Miami’s Rolling Loud music festival Sunday night.

Taking to Instagram Wednesday, Sir Elton shared an infographic that read: “HIV misinformation and homophobia have no place in the music industry. We must break down the stigma around HIV and not spread it. As musicians, it’s our job to bring people together.”

“We’ve been shocked to read about the HIV misinformation and homophobic statements made at a recent DaBaby show. This fuels stigma and discrimination and is the opposite of what our world needs to fight the AIDS epidemic,” the five-time Grammy winner continued.

“HIV has affected over 70 million people globally: men, women, children and the most vulnerable people in our communities,” John, 74, continued. “We need to break down the myths and judgements and not fuel these.”

“You can live a long and healthy life with HIV,” he added. “Treatment is so advanced that with one pill a day, HIV can become undetectable in your body so you can’t pass it onto other people.”

John reiterated that a musician’s role in society is to “bring people together,” not divide them.

“Homophobic and HIV mistruths have no place in our society and industry and as musicians, we must spread compassion and love for the most marginalized people in our communities,” he wrote.

DaBaby, best known for his song “Rockstar,” asked fans during his Rolling Loud set to shine flashlights from their cellphones if they “didn’t show up today with HIV, AIDS, or any of them deadly sexually transmitted diseases that will make you die in two to three weeks” among other off-color remarks.

The 29-year-old rapper — born Jonathan Kirk — attempted to apologize for his weekend remarks, tweeting Tuesday that he had “no intentions of offending anybody” and anyone living with HIV/AIDS has “got the right to be upset” because what he said was “insensitive.”

DaBaby then released a self-directed music video for his song “Giving What It’s Supposed to Give” on Wednesday. In the clip, he holds up a sign that says “AIDS” as he raps about the virus saying, “We won’t go away.”

The music video ends with a message in a rainbow-colored font that reads: “Don’t fight hate with hate.” Below that he added, “My apologies for being me the same way you want the freedom to be you.”

Here’s what others, in addition to John, had to say about DaBaby’s comments:

Jonathan Van Ness, who announced in 2019 he is HIV-positive, tweeted, “This stigma of HIV/AIDS is what is killing folks & it’s spread by this kind of misinformation that then people go believe #UequalsU.”

The “Queer Eye” star’s hashtag refers to “undetectable equals untransmittable,” which is when a person with HIV takes their antiretrovirals and achieves a viral load so low the disease can no longer be detected and therefore cannot be transmitted.

Dua Lipa, who worked with DaBaby on the remix to her song “Levitating,” took to Instagram Stories to address his statements.

“I’m surprised and horrified at DaBaby’s comments,” she wrote. “I really don’t recognize this as the person I worked with. I know my fans know where my heart lies and that I stand 100% with the LGBTQ community. We need to come together to fight the stigma and ignorance around HIV/AIDS.”

Trinity K. Bonet, who announced on “RuPaul’s Drag Race” season 6 they have HIV, tweeted, “Hey @DaBabyDaBaby … undetectable = untransmittable … U = U … that will educate you on at-least one of them dumb a– comments you made.”