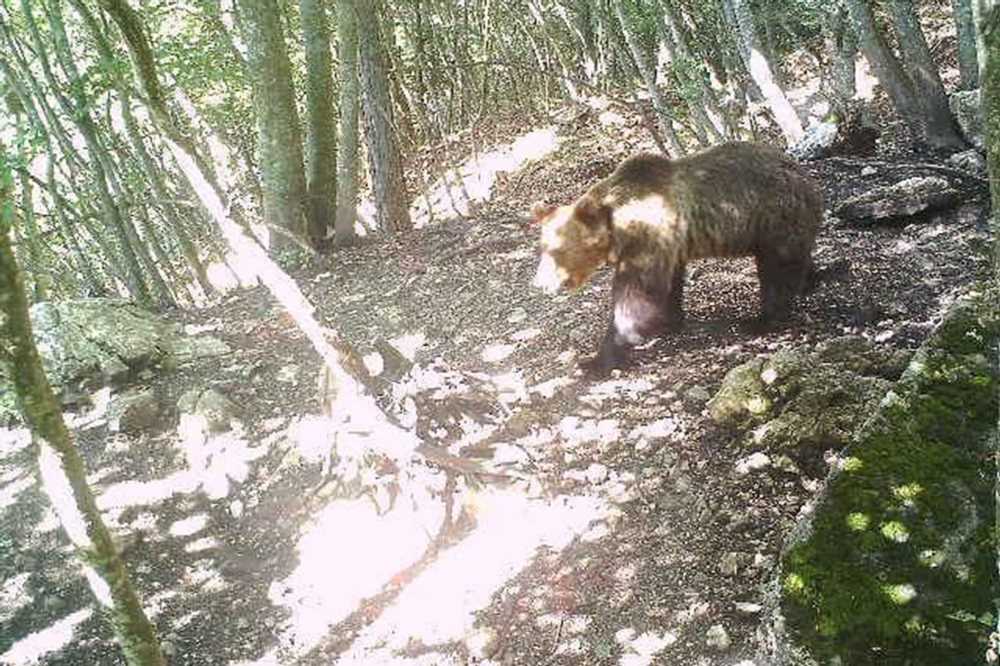 He’s the Houdini of bears.

A three-year-old male brown bear known as M49 beat the odds and broke free from captivity just hours after being captured in Italy on Sunday.

The furry escape artist was detained in Trentino, a northern province, but within hours had scaled a 13-foot-high electric fence and run off into the forest. Although a tracking collar was put on M49 initially, it was removed at some point before he went on the lam, AFP reports.

Now, three teams of Italian forest rangers equipped with sniffer dogs are looking to catch M49 — dead or alive — and the bear’s fans are rooting for his freedom.

“If M49 approaches inhabited areas, the forestry service is authorized to kill it,” says Maurizio Fugatti, the governor of the Trentino region. “The fact that the bear managed to climb over an electric fence with seven cables carrying 7,000 volts…shows how dangerous it is.”

Italy’s Minister of Environment Sergio Costa, as well as animal advocacy groups, immediately spoke out against the death decree.

Italy’s League for the Abolition of Hunting (LAC) thinks the bear is a lionheart. “This bear is obviously a genius of evasions…endowed with superpowers as a hero of Marvel Comics!” the group writes in a post.

World Wildlife Fund Italy is not onboard with the superpower narrative, saying in a statement, “Evidently the structure was not functioning properly since bears do not fly.”

“Run and save yourself M49!” said Michela Vittoria Brambilla, president of the Italian Defense League for Animals.

M49 is part of a brown bear reintroduction project called Life Ursus, which has been working to repopulate Trentino with bears since the early 1990s, according to AFP.

Social media is also rooting for the bear, with many cheering him on using the hashtag #fugaperlaliberta, which translates as “escape for freedom.”