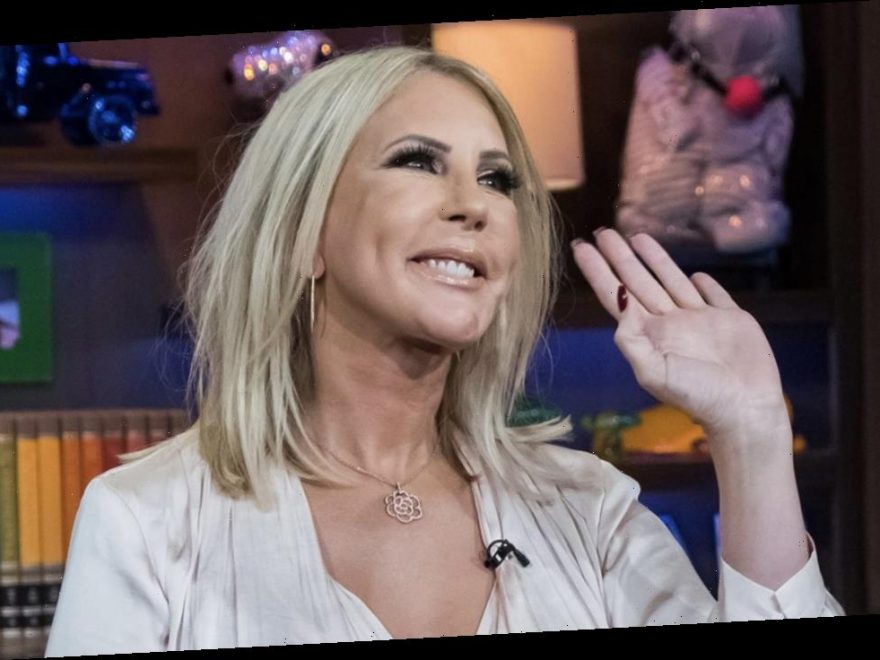 Vicki Gunvalson is best known to reality TV junkies for her time on The Real Housewives of Orange County. The former Bravo star left the show at the beginning of the year after 14 years. At the time she said she was excited for what was to come and announced she would be starting a podcast. However, Gunvalson recently said she is halting the production of her show for the time being.

Why is Vicki Gunvalson ending her podcast?

Gunvalson took to Instagram to share an update on her podcast, which was not being published regularly as it was before. The insurance maven revealed to fans that she had a lot going on that didn’t give her time to record the show.

“Those of you that have been enjoying the Whoop It Up podcast, I want to give you a little bit of news,” the reality TV started. “I’m going to sunset it now for a while. I got a lot on my plate with my business.”

Gunvalson mentioned that between her new condo in Puerto Vallarta and the new home she bought in North Carolina, she wants to focus on fixing up those properties.

“There’s just a lot going on and I haven’t been able to give the podcast the attention that it deserves,” she added. “For now, I’m going to sunset it and we’ll reconvene back maybe towards the end of the year. Right now, the timing just isn’t good. Hopefully, you’ve enjoyed the podcast and let me know your thoughts.”

The business woman was grateful to all the fans that downloaded and streamed her podcast throughout the year. She also suggested they follow her on social media to “enjoy the crazy ride of my life.”

Gunvalson is known as the OG of the OC and all of the Housewives franchises. Ahead of the filming of RHOC Season 15, she announced she was leaving the show after reportedly not being offered a full-time role. Gunvalson had already been demoted to a “friend of” role in season 14, which meant she didn’t hold an orange or have a tagline in the intro.

Production for the new season of the reality series was stopped when the coronavirus pandemic hit. It resumed once again when state officials allowed filming for television and movies to start back up.

Gunvalson recently met up with her co-star Tamra Judge, who also announced her departure from the show earlier this year. During their brunch, the former revealed that RHOC had been cut short suggesting they didn’t have content.

“They filmed the season finale two nights ago and oddly enough, we weren’t invited,” Judge said while having brunch with Gunvalson.

“And guess what?” Gunvalson chimed in. “The episodes are down to 12 versus 22… Maybe there’s no content because they are fake bit**s.”

After the video when viral a fan asked Kelly Dodd to confirm if RHOC had been cut short.

“I love that she works on production now,” Dodd replied to a fan on Instagram. “Move on girlfriend, it’s none of her business how many episodes we have. IT’S actually up to 15 plus the finale and the reunion… don’t be jelly sister.”

Dodd continued writing: “It will be the best season yet. We filmed during COVID… real reality, not fake bulls**t like she did for 10 years. Emmy-winning season watch!”

Bravo has not confirmed when The Real Housewives of Orange County would begin airing season 15 of the franchise.