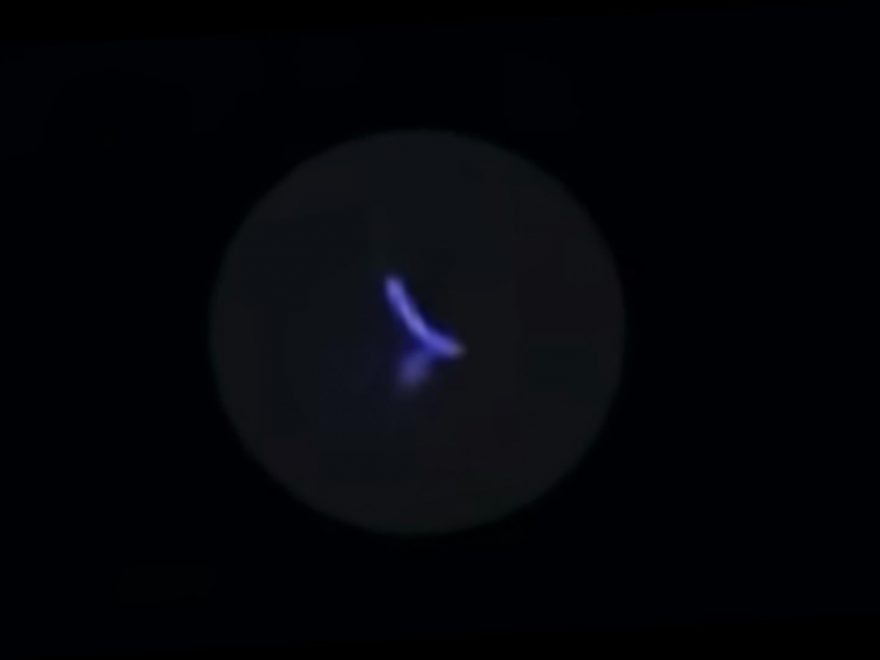 The mysterious object appeared to be a glowing‚ oblong mass in multiple videos captured by onlookers, according to the local news outlet.

A witness only identified as Moriah said she spotted the mysterious object hovering over the Princess Kahanu Estates in the Nanakuli neighborhood.

"I look up and then I was like, 'Oh s—!' " she told the station. "I started calling my husband and them because they were all in the garage. I was like, 'Hey, come look up there. See if you see what I see.' They all said, 'Yeah!' "

She told the outlet that she and her husband then jumped into the car and followed the object for three miles. She said they last spotted the object, which was described as being larger than a telephone pole, around Farrington Highway when it appeared to fall into the ocean without a sound.

Moriah said she called the police and when police arrived, they saw similar object omitting white light from the sky.

"The white one was smaller. Was coming in the same direction as the blue one," she said.

Another eyewitness, Misitina Sape, told Hawaii News Now that she captured footage of the blue mass near Haleakala Avenue in the Nanakuli neighborhood.

While Moriah said she is unsure what the object could be, UFO enthusiasts online believe the glowing mass bears resemblance to an LED kite.

The FAA did not immediately respond to PEOPLE's request for comment, though Ian Gregor, a spokesperson for the agency, told Hawaii News Now that there are "no reports of overdue or missing aircraft" in the area.