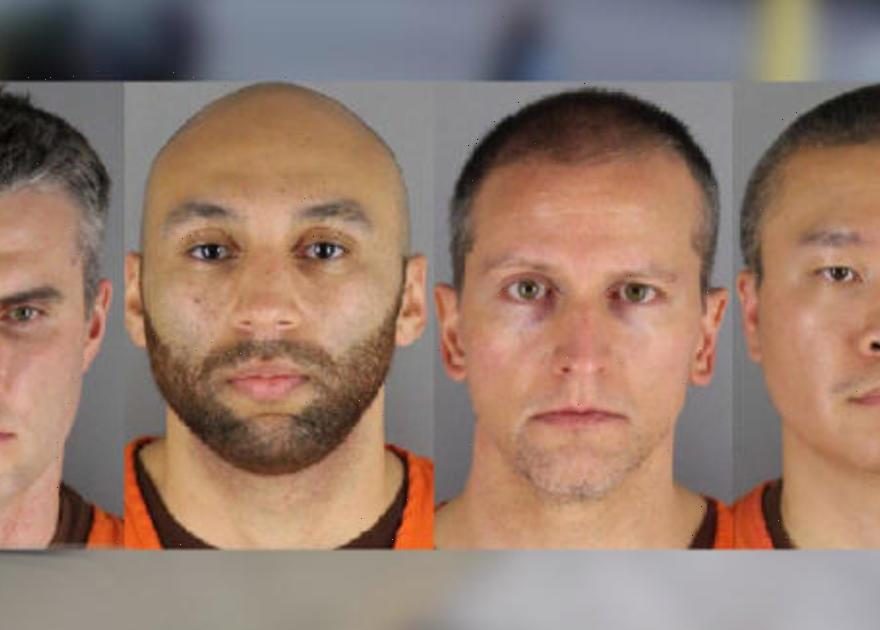 A federal grand jury in Minnesota has indicted Derek Chauvin, the fired Minneapolis officer convicted in the death of George Floyd, and three other ex-officers on civil rights charges.

The federal indictment accuses Chauvin, J. Alexander Kueng, Thomas Lane and Tou Thao, the three fired officers who are awaiting trial on state charges of aiding and abetting in Floyd’s death, of depriving Floyd of his civil rights under color of law, meaning while acting in their capacity as police officers. The Department of Justice announced the indictments in a press release but did not provide further comment Friday.

The indictment accuses Chauvin of willfully depriving Floyd of the Constitutional right to be protected from illegal search and seizure, which includes the right to be free from unreasonable force by a police officer. It says Chauvin did so by pinning Floyd to the ground with a knee on his neck as he was handcuffed and unresisting, resulting in Floyd’s death.

It accuses Tao and Kueng of depriving Floyd of the same rights by failing to intervene, and it accuses all four officers of depriving Floyd of liberty by not providing him medical attention. It says all four “saw George Floyd lying on the ground in clear need of medical care, and willfully failed to aid Floyd, thereby acting with deliberate indifference to a substantial risk of harm to Floyd.” Floyd died as a result, the indictment says.

Chauvin is also charged with deprivation of civil rights under color of law for an incident involving a 14-year-old boy, whom Chauvin allegedly struck in the head with a flashlight and pinned to the ground with a knee on his neck and back during a September 2017 arrest. (The other three officers were not involved in that case.)

Chauvin already faces decades in prison on his state convictions in Floyd’s death, though he could serve far less time. It’s not immediately clear when Chauvin and the three other ex-officers would face a federal trial. Kueng, Lane and Thao are expected to be tried jointly on the state charges in August.

In a statement, the Reverend Al Sharpton and the National Action Network said the indictments show “we have a Justice Department that deals with police criminality” and does not excuse it.

“For many years we have tried to get the federal government to make it clear that these crimes are not only state crimes but violate civil rights on a federal level when police engage in this kind of behavior,” the statement said. “What we couldn’t get them to do in the case of Eric Garner, Michael Brown in Ferguson, and countless others, we are finally seeing them do today and this is a significant development for those of us who have been engaged in the struggle and police reform movement.”

Ben Crump, Antonio Romanucci and L. Chris Stewart, lawyers who represent Floyd’s family, said in a statement the indictment “reinforces the strength and wisdom of the United States Constitution.”

“The Constitution claims to be committed to life, liberty and justice, and we are seeing this realized in the justice George Floyd continues to receive,” the statement said. “This comes after hundreds of years of American history in which Black Americans unfortunately did not receive equal justice.”

The additional indictment against Chauvin shows the convicted officer had “a pattern and practice of behavior,” the statement said.

In court filings last year, state prosecutors outlined chilling similarities between Chauvin’s restraint of Floyd and his handling of the 14-year-old, who required stitches.

A brief description of the 2017 incident is contained in court documents filed in September 2020 by state prosecutors as they sought to introduce evidence of Chauvin’s prior use of excessive force on the job.  It was one of eight incidents that prosecutors argued showed Chauvin’s “knowledge; intent; common scene or plan; absence of a justifiable mistake, accident, misunderstanding; and state of mind” at the time of Floyd’s death. Judge Peter Cahill later blocked those efforts, barring the jury from hearing about them at Chauvin’s trial.

The September filing said Chauvin allegedly restrained a juvenile by using a neck restraint on September 4, 2017, flipping the youth onto his stomach and pinning him to the floor after he resisted arrest during a domestic assault call. Prosecutors said at the time Chauvin “continued to restrain the juvenile in this position beyond the point when such force was needed.”

But a few months later, in a December 2020 court filing, prosecutors said they had based that account on Chauvin’s own report of the incident. Prosecutors wrote they had since viewed body camera video that showed “a far more violent and forceful treatment of this child than Chauvin describes in his report.”

“The videos show Chauvin’s use of unreasonable force towards this child and complete disdain for his well-being,” reads the document filed by prosecutor Matthew Frank.

The document says Chauvin responded with another officer to a home where a woman had reported she was assaulted by her two minor children. After obtaining a complaint form from the woman, Chauvin went to the bedroom of the woman’s 14-year-old son, who was laying on his floor looking at his cellphone. The second officer told the boy to stand up because he was under arrest, according to the document, but the boy responded that his mother was drunk and had assaulted him.

Both officers approached the boy, the document says, again ordering him to stand up. The child said the officers could not touch him in his own house, and both officers grabbed the boy, “a mere 33 seconds” after giving him the initial command. As the boy was backed up against his bedroom wall, according to the document, the second officer told the boy to get on his stomach. When he did not, Chauvin hit the boy in the head with his flashlight, “just eight seconds after first grabbing the child,” the document says.

“Two seconds later, Chauvin grabbed the child’s throat and hit him again in the head with his flashlight,” the document says. “The child cried out that they were hurting him, and to stop, and called out ‘mom.'”

Chauvin then applied a neck restraint on the boy, causing him to lose consciousness and fall to the ground. Chauvin and the second officer placed the boy in a prone position and handcuffed him behind his back while the mother pleaded with them not to kill the boy and told her son to stop resisting, the document said.

Chauvin placed his knee on the child’s upper back and neck at some point after he was on the ground, though the court documents don’t specify exactly when. After about a minute, the boy began repeatedly telling officers that he couldn’t breathe. The mother several times asked Chauvin to take his knee off of her son, saying the boy couldn’t breathe and was already in handcuffs. But Chauvin didn’t move, according to the documents, at one point replying that the boy could breathe and calling him a “big guy.” The officers continued restraining the boy and didn’t provide him medical assistance even after the boy was bleeding from his ear and told the officers he was in pain. After about seven minutes, the child asked to be placed on his back because his neck really hurt, and started crying. Chauvin asked if he would be “flopping around at all,” to which the boy replied no, and Chauvin said “better not” while maintaining the restraint.

Chauvin didn’t ease up his restraint until several minutes after the arrival of a paramedic, who assessed the boy’s ear and said he would need stitches. The boy confirmed that his ear was where Chauvin struck him with the flashlight. Chauvin told the boy he was under arrest for domestic assault and obstruction with force, telling him, “you were told you were under arrest and then this whole show in here. You don’t get to do that.”

Chauvin restrained the boy for a total of 17 minutes, according to the documents, after which he and the officer helped the child roll on one side and walked him to an ambulance.

In the filing, prosecutors cited similarities between Chauvin’s use of force on the child and on George Floyd, such as rapidly escalating his use of force over a “relatively minor offense.”

“Just like with Floyd, when the child was slow to comply with Chauvin and [the second officer’s] instructions, Chauvin grabbed the child by the throat, forced him to the ground in the prone position, and placed his knee on the child’s neck with so much force that the child began to cry out in pain and tell Chauvin he could not breathe,” the prosecutors stated in the document. “And just like with Floyd, Chauvin ignored those pleas and refused to provide medical assistance. Instead, Chauvin held the child down with his knee on the child’s neck and back for nearly 17 minutes.”

In a statement, the Justice Department said the federal charges are “separate from and in addition to” the charges Chauvin and the other ex-officers face under state law. They allege violations of the Constitution, not of Minnesota criminal code. The federal charges are criminal offenses and are separate from a pattern and practice investigation into the Minneapolis Police Department, a civil probe that will be handled by a different team of Civil Rights Division and U.S. Attorney’s Office staff.