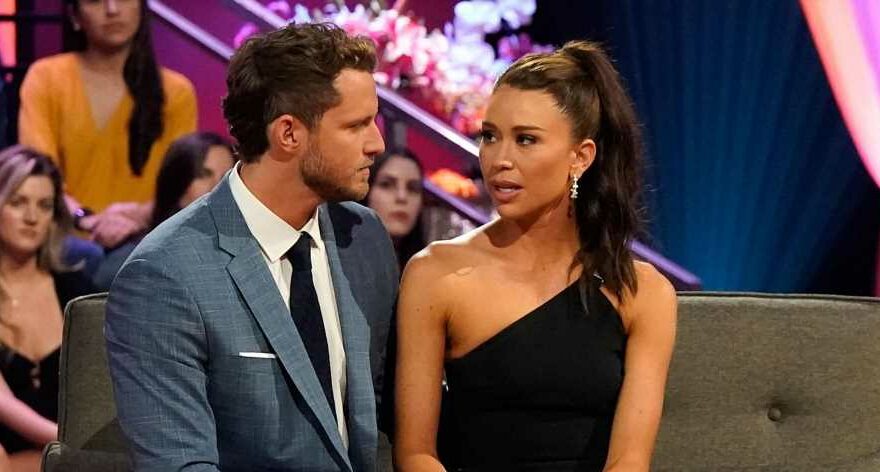 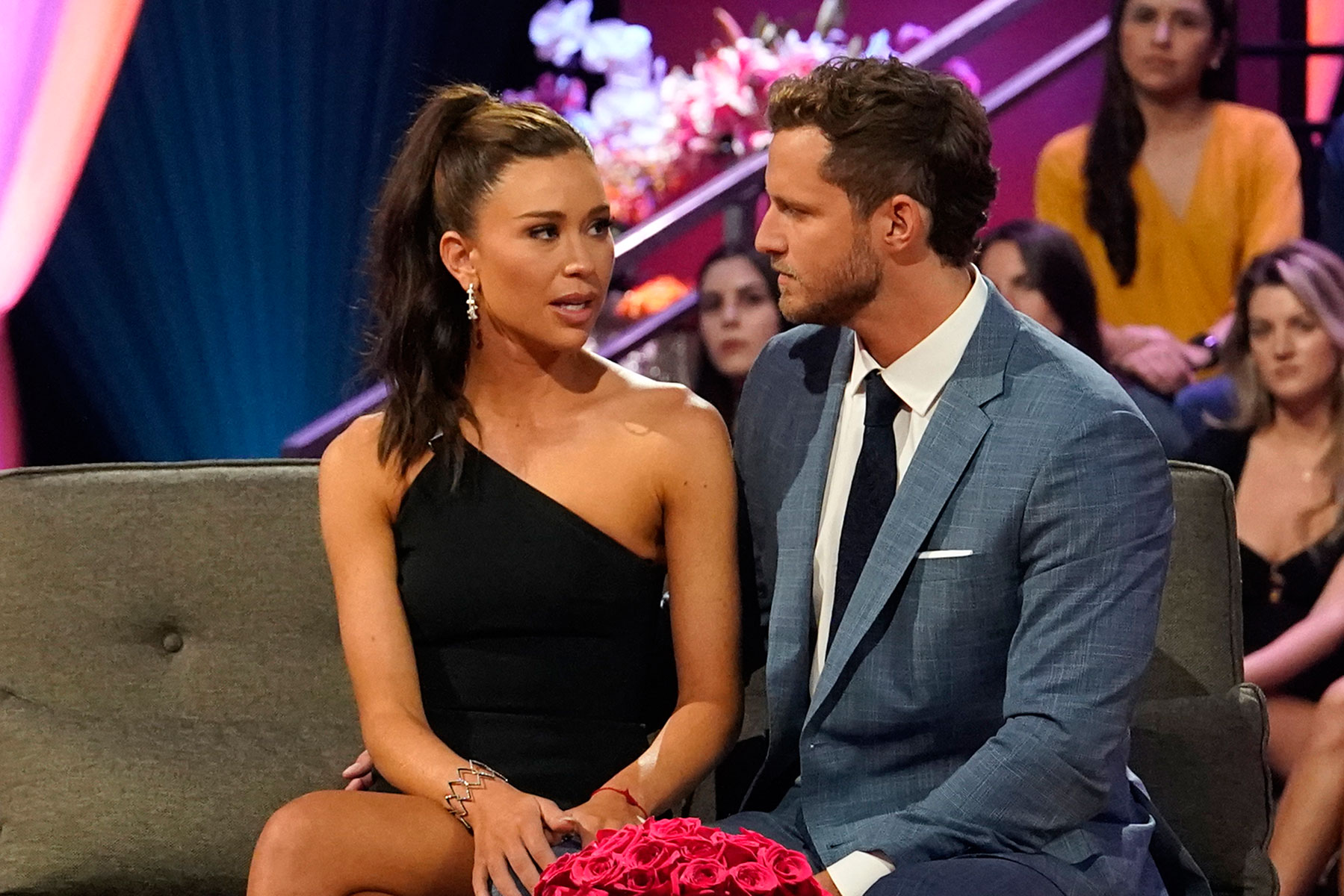 There appears to be trouble in paradise for The Bachelorette’s Gabby Windey and Erich Schwer.

After ditching her engagement ring for the past two episodes of Dancing With the Stars, the 31-year-old reality star was asked whether she and Erich, 29, are “still together” following the Monday, October 31, episode of the Disney+ series.

“Life is just really busy for the both of us right now. So I understand their concern but we’re just kind of, you know, going forward with each of our individual interests and supporting each other from afar,” Windey responded in an interview with Fox News.

While he wasn’t in the audience at Monday’s show, Schwer did take to Instagram Stories to encourage his followers to vote for his fiancée. (He was spotted in the ballroom at tapings of the show earlier this month.) Windey echoed her comments that the New Jersey native has been “really supportive” during an interview with Us Weekly after she did a sexy rumba with partner Val Chmerkovskiy on the October 24 episode.

“It’s a learning curve for all of us,” Windey said, referencing Chmerkovskiy’s wife, Jenna Johnson, coming in to help her learn the steps. “We’ve never been in this arena before, but it was great having Jenna to come into the rehearsal space and teach me and getting to learn from her. And Erich has been so supportive. He understands this is a performance and we have a goal.”

Bachelor Nation watched Windey and Schwer get engaged on the season 19 finale of The Bachelorette on September 20. 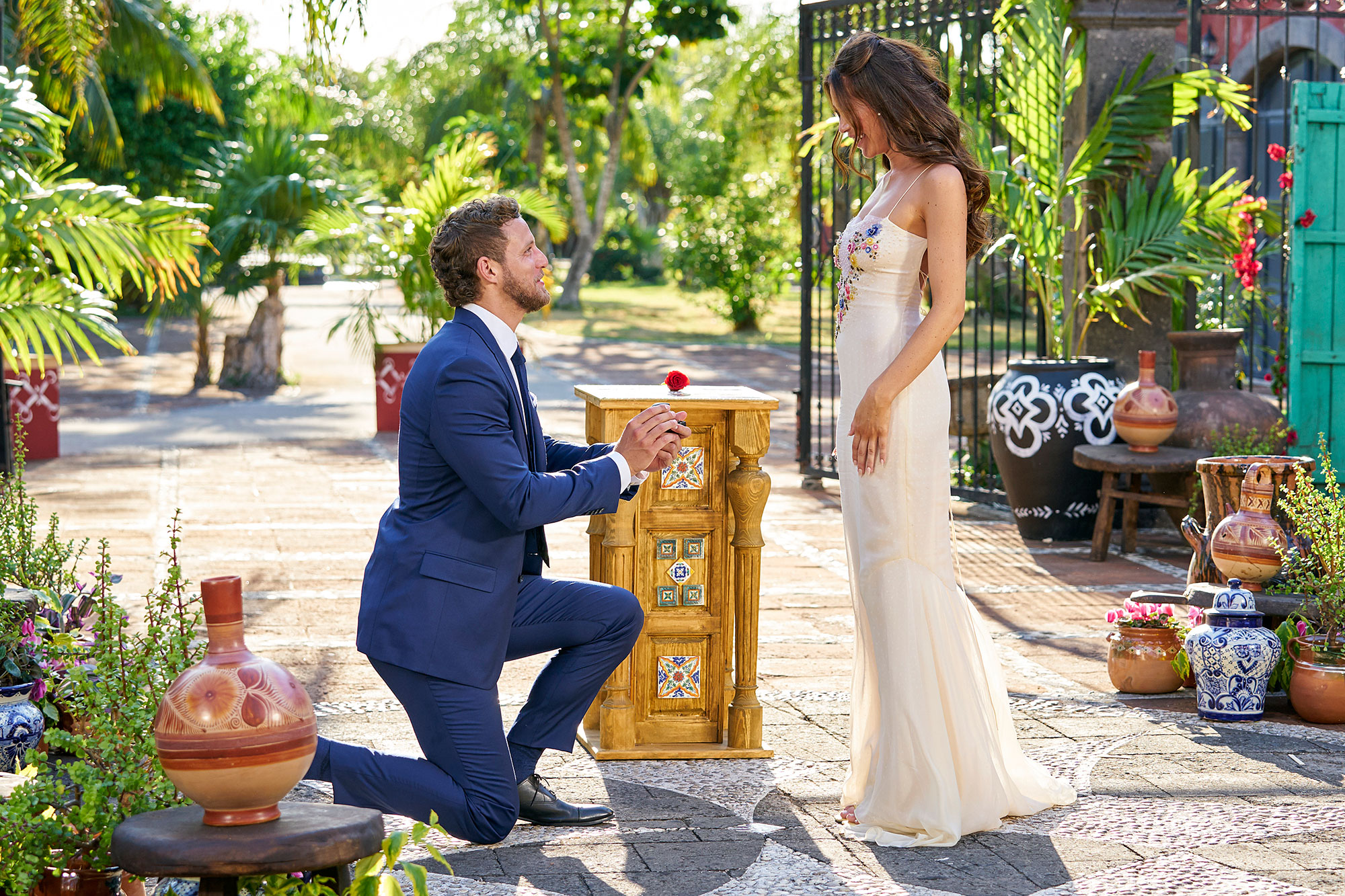 “You literally make me feel like I’m the only person in the world. And I will fight every day for the rest of my life to keep that feeling. I love you, Gabby Windey,” he gushed before proposing with the Neil Lane diamond. “You are amazing. You are the most amazing person I’ve ever met. It’s you and me until the wheels fall off. I’m head over heels in love with you, and I want to spend the rest of my life with you.”

Bachelor Nation Couples Who Have Split in 2022

During the live After the Final Rose taping, the twosome noted that they were going to take things day by day. They also were forced to confront allegations from Schwer’s former flame that he broke things off between them in March after two months of dating to go on the show — and hoped his ex would wait for him.

“I led her on and I want to own that. No hard feelings toward this girl at all. I understand her actions,” Schwer said. “I didn’t want to have a hard conversation. But I’ve learned a lot from it. I want to own that 100 percent. I do not have any hard feelings for this girl. It’s a mistake I made on my part. … I was using the show as an excuse to not confront her about our relationship. I didn’t see a future but we were having fun. … I love [Gabby] with all my heart. 100 percent real. I never expected it. I want this to be forever.”

Windey, for her part, jokingly called her fiancé an “a—hole,” but noted she forgave him. One week after the finale, the former cheerleader called going public with Schwer “a dream come true.”

“Oh, my gosh, having him here was amazing,” the ICU nurse told Us after the September 26 episode of DWTS. “[I’m] excited to perform for him and [for] him to see a different side of me that … we don’t get to share with each other, you know, every day. … I feel like I’m on cloud nine. [It’s] so cheesy.”