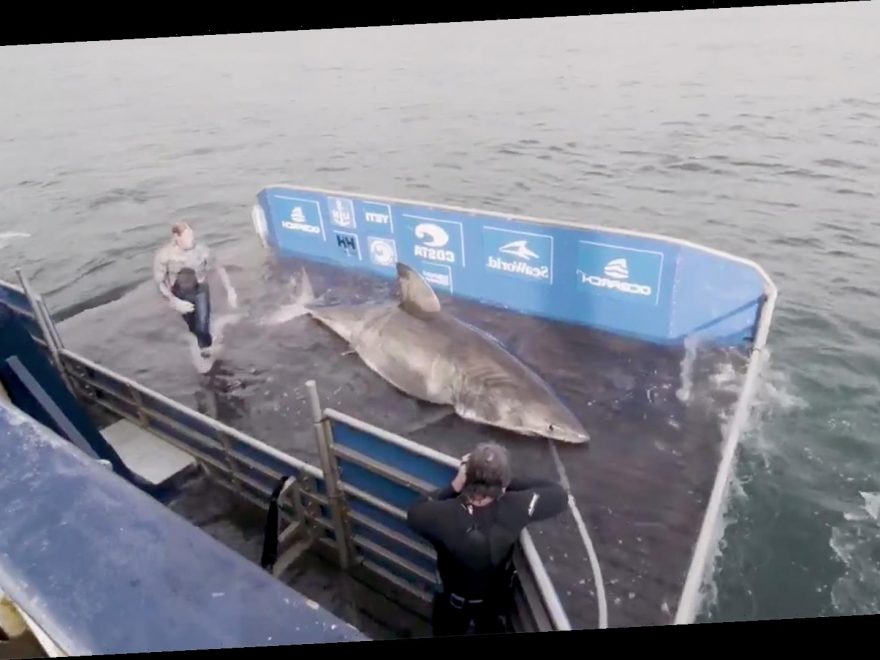 This ocean-lurking behemoth is about to provide immeasurable data and insight to researchers.

They explained the name came from "the legendary wise old grandmother figure of the Native American Mi'kmaq people. A culture that has deep roots in Canadian Maritime provinces, particularly Nova Scotia."

Another name is also attributed to the supersized, 50-year-old shark: "Queen of the Ocean."

"With the new data we've collected, this matriarch will share her #wisdom with us for years to come," they explained about tagging the wild animal. "She will continue to help balance fish stocks in the surrounding waters, and we look forward to learning more from this wise guardian of our ocean's eco-system."

OCEARCH said that Nukumi, measuring 17 feet and 2 inches long, is the biggest shark they've sampled in their Northwest Atlantic study to date.

"She will help our collaborating science team with 21 research projects," the researchers added.

On Twitter, the organization shared footage of the animal researchers handling the massive shark, writing that she would "share years worth of knowledge" with the team.

A Twitter user replied to the video (in which the shark appears to thrash its tail as it is measured and quickly handled by humans) saying while they support the scientific endeavor, they are concerned that it seems "really aggressive." OCEARCH responded, assuring that their tactics don't harm the sharks.

"We appreciate your concern," they wrote on Twitter. "The health of every animal is monitored closely. Data from blood work suggests the animals are not being overly stressed. Additionally, our method of supporting 21 projects with each shark means only one shark needs to be handled instead of 21."

Expedition leader Chris Fischer reflected on interacting with the huge shark, according to OCEARCH, sharing, "when you handle an animal of this size it will hit you in a completely different way from an emotional standpoint.”

Insight from the shark will help the team better understand great white shark migration, as well as other details about their habits.