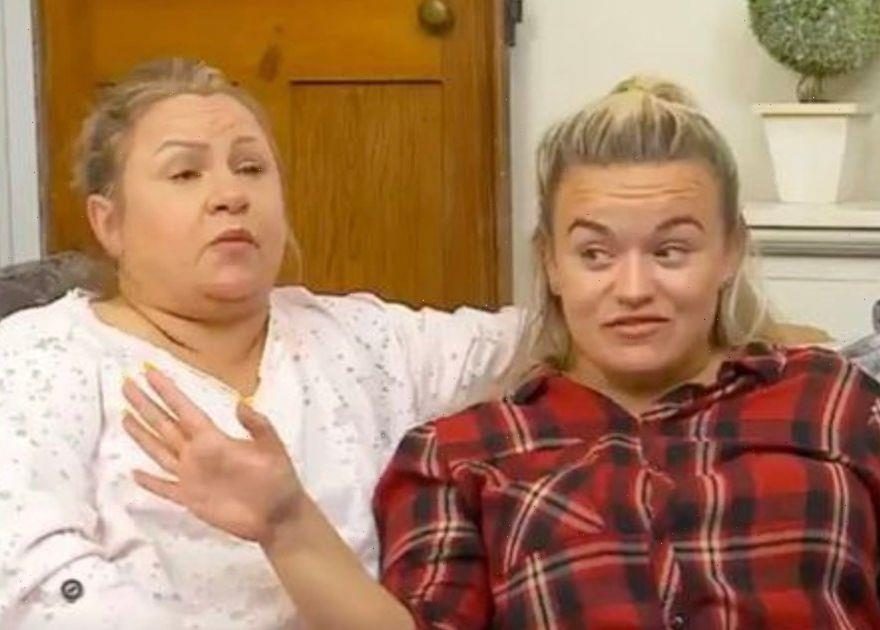 Gogglebox has became a firm favourite of the nation since it first aired on Channel 4 in 2013.

While it first appeared as a strange concept to many, it quickly became a popular staple to the weekly TV guide.

Over the years Gogglebox has seen many families come and go, with the cast continuing to change across each of the 18 different series.

While many exit as they decide to take on different opportunities or career paths, others are left with no choice when their fellow on-screen sofa buddy decides it's time to call it quits…

The most recent Gogglebox departure is that of mum and daughter duo Paige and Sally.

Paige, 24, shocked fans earlier this year when she announced she and her mum Sally would not appearing on the show any longer.

She took to Twitter to announce their exit in a furious rant aimed at Channel 4 bosses, writing: "I have made the decision to walk away from Gogglebox. It’s been an experience but one I cannot continue with due to long hours of filming, restrictiveness, control of our actions and opinions & zero aftercare support but hey who cares about ex cast, their NTA winners.”

The remarks prompted Channel 4 to make an comment, with a spokesperson telling OK!: “The welfare of contributors – past and present – is of paramount importance and robust protocols are in place to support contributors before, during and after taking part in the series.”

However, it wasn't long until the real reason for Paige and Sally's departure was uncovered.

It was revealed the pair were embroiled in a bitter feud away from the cameras, which ultimately resulted in Paige deciding to walk away from the hit show.

Paige explained to Birmingham Live: “There have been problems within the family and my mum was given an ultimatum. The decision means I have nothing to do with her now. I think the decision is irreversible. It is very sad but that's life unfortunately.”

The drama didn't stop there, and Paige took to Twitter again recently as she lashed out at her mum. She wrote in a 2am rant: “To clarify, people thinking I fell out with my mom over gogglebox, my ‘mom’ is an absolute disgrace who I wish to never speak to again due to a serious family issue NOT about a TV show.”

Looks like they won't be returning to screens anytime soon…

Arguably the standout stars of season one, Chris and Stephen were one of the most iconic duos to grace our screens.

The hairdressers starred in the first 10 series of the show, becoming a firm favourite amongst fans due to their hilarious one-liners and sarcastic quips.

Chris and Stephen dated prior to their appearance on the show, but had decided to remain close friends instead which had worked successfully until their friendship reached breaking point.

A series of off-screen rows and bust-ups saw the pair's friendship reach a state beyond repair, and Chris vanished from Gogglebox.

Speaking after his exit, he claimed that both he and Stephen had been preparing to take a short break from Gogglebox to focus on a new venture, but thanks to Stephen it never amounted to anything.

According to Chris, Channel 4 bosses then asked them to return to the show, but Stephen stated he no longer wished to work together. Chris said: "I spoke to Stephen and his attitude was ‘I’m not sure I can put up with you every other week filming’. Which was a bit of a blow.

"I turned around to him and said, ‘I get the impression that I think a lot more of you than you do of me’. His reply was, ‘Yeah, you’re probably right.’"

Chris suffered from depression after leaving the show and losing his best pal, but has since gone on to marry his partner Tony who he now lives with.

Stephen retained his spot on the show, first bringing in his mum Pat to star alongside him for two series, and then his husband Daniel Lustig-Webb. Stephen and Daniel first appeared on Gogglebox together in 2019, and are now a regular fixture loved by fans.

Best pals Sandi and Sandra first appeared on screen during series one of Gogglebox.

The duo, from Brixton, were fan favourites with their hilarious remarks and funny outbursts, until Sandra suddenly quit the show in 2017.

Reports of an epic fallout between the two began circulating, with Sandra apparently more interested in "seeking fame" in contrast to Sandi.

Appearing on Lorraine back in 2018, Sandra hinted at the prospect, saying: "My partner Sandi is interested in that famous life.

“I haven't spoken to her in a while because she's very busy being a celebrity. Whereas as I’m busy doing my own little things. We're still best friends. She sent me a present for my birthday."

The ladies have apparently reconciled since their alleged spat, but have never returned to their famous sofa.

Sandra attempted to stay on the show, bringing in her daughter to take Sandi's place, however the chemistry wasn't the same and the star quit in 2017.

Sandi continued on her quest for fame, going on to appear on Celebrity Big Brother in 2017, Celebs On The Farm, Celebrity 100% Hotter, and Celebrity Fat Fighters. She has also released her own album, and became an advocate for ending knife crime after a family tragedy.

For all the latest Gogglebox gossip, sign up to our daily newsletter here .