A Gold Star family was given a mortgage-free home just in time for Christmas.

Maggie Duskin, the wife of fallen U.S. Army Chief Warrant Officer 2 Michael Duskin, a Green Beret, was given the keys to her home in Raleigh, North Carolina, last week, according to a press release.

According to the release, the two-story home is more than 2,800 square feet and was fully furnished when Duskin received the keys. The house even had a Christmas tree with wrapped presents to help Duskin and her 19-year-old daughter celebrate the holiday.

The house was given to Duskin in honor of her late husband’s military service by PulteGroup’s Built to Honor program, which gives mortgage-free homes to veterans who have been injured during their service and their families.

The Built to Honor program partnered with Operation Coming Home, a Raleigh-based group that builds and gives away homes to wounded veterans, to give Duskin the house.

Duskin and her daughter were first told that they would receive the house in June, according to the press release. 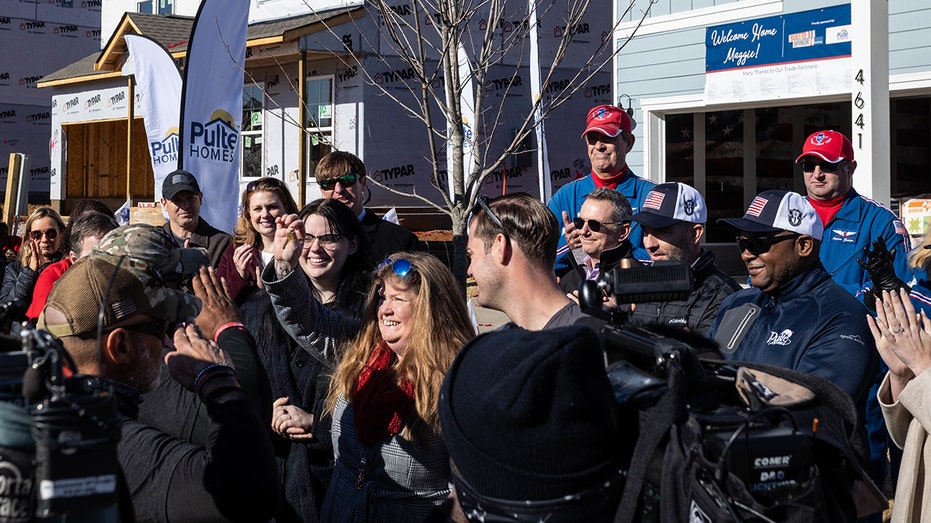 "It was an honor for our team to build this home for Maggie and we were thrilled to welcome her just in time for the Christmas holiday," Mikkel Thompson, PulteGroup’s Raleigh division vice president of construction operations, said in a statement.

"We hope this home becomes the place where the Duskin family will gather and spend meaningful time together, especially when the family’s two older sons, who are both active-duty Army soldiers, come visit," Thompson added.

According to the press release, the Built to Honor program has delivered seven new mortgage-free homes to veterans this year in Texas, Florida, Maryland, Minnesota and North Carolina.