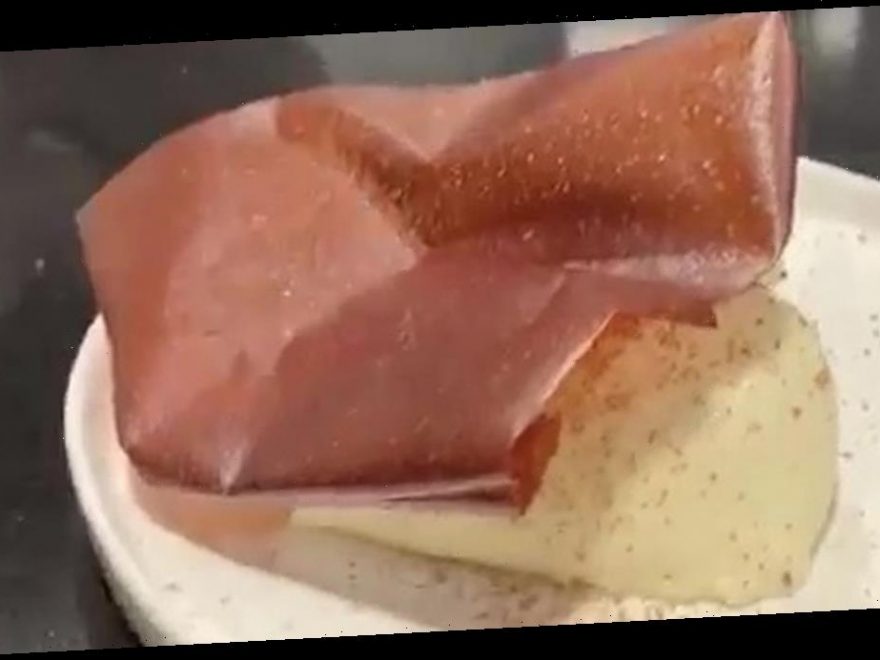 Gordon Ramsay’s so-called “stunning” chocolate tofu dish has prompted the internet to dub it the “most unappetising dessert ever”.

The celebrity chef has been under fire this month for the tiny portion sizes and high prices at his restaurants.

Whether that’s his steak and chips or “child-sized” roast dinners.

However, the Hell’s Kitchen star took to Facebook recently to share the recipe for his £10 chocolate tofu pud – which is sold at Mayfair venue Lucky Cat.

Would you try this chocolate tofu pudding? Let us know in the comments section… Unfortunately, many fans were less than taken with the pudding.

Some followers said they thought the dish likely “tastes delicious,” reports The Mirror.

But, others said it looked like a “colostomy bag”. One person said: "I think 2020 has done something to Gordon Ramsay….. are you ok?

“That looks like a dogs chew toy on a pile of dirt.

“I’m sure it tastes good, but your claim of 'absolutely beautiful' I think not." While a third commented: "Oh my! Perhaps the most unappetizing and unappealing dessert ever.

"First the poop in the middle, then covered by a layer of what looks like fat, and topped with a piece of pork crackling"

Another said that the pud looked like his grandfather’s colostomy bag.

Others disliked his choice of decoration. One person wrote: "It looked great until you stuck that 'thing' on at the end.”

Another added: “He covered the beautiful part!

“I’m sure it tastes delicious but the white stuff and the brown sheet do not look appetizing.”

Despite the criticism, others said they’d give the dish a try.

They said that the ‘beautifully presented’ dessert made them feel “hungry” and that it probably “tastes amazing”.

What do you think of this dessert?

We think we’d give it a try…