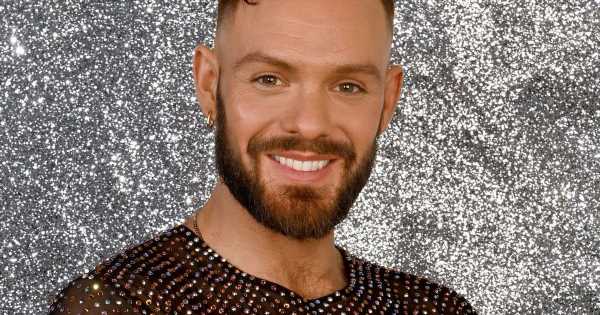 Channel 4 kept fans amused with the return ofThe Great British Bake Offthis week as a new group of bakers took to the famous tent to show off their culinary skills.

Over the years, the show has been the catalyst for the birth for some of the nation’s most loved stars, who have racked up legions of fans away from the baking world.

While some have changed aplenty since their stint on GBBO, others have had extreme makeovers including one Strictly star and a bodybuilder.

We take a look at the biggest transformations from contestants on the show.

John was paired with professional Johannes Radebe and they were the first ever male same-sex pairing on the show and reached the final.

When he first appeared on the show ten years ago, John was a babyfaced baker and has since changed his appearance immensely.

Fan favourite Kim-Joy Hewlett was a much loved character on series nine with her adorable bakes.

Since her time on the show, Kim-Joy has swapped her brunette locks for an ever-changing look that is either orange or pink.

Since her time on the show, she has undergone somewhat of a transformation with a new pink hairdo to the one that viewers saw at the time.

She’s also written her cookbook for children and parents, “Let’s Bake”, in 2014 and keeps her followers updated with her efforts on Instagram too.

Former PE teacher Candice, wowed the judges when she won the show in 2016.

During her time on the show Candice sported a series of different lipsticks each week and had brown hair.

However, now she has now transformed with a different style, having dyed her hair lighter and keeping her makeup neutral.

In 2015 when Bake Off was broadcasted on BBC, Lithuanian star Ugne Bubnaityte appeared in the tent.

The mum of two has since flourished in the bodybuilding industry and often takes to social media to show off bronzed physique and how she’s swapped her blonde bob for a silver do.

During her time on the show in 2013, Ruby kept her curly locks in a darker shade as she pinned them away from her face.

In recent times, the star shared a snap to her social media account showing off her longer hair that was coloured in a lilac hue.

Former British Army officer Sophie Faldo baked her way to the top in 2017 and since then she has started her own business, Sophie Faldo Cakes, which specialises in custom confections for weddings and other events.

She also gives fans a glimpse into her glamorous life away from the tent, jetting off for sun-soaked holidays and showcasing her stylish outfits on social media.

Tom Hetherington was labelled the most “dapper” contestant on the show back in 2017.

The photogenic baker has been keeping his 33,700 Instagram followers up to date with his life and even showed off his ripped physique five years on from his TV breakthrough.

Imelda McCarron baked in the famous tent for just a single episode back in 2018.

The Northern Irish mum was fair-haired at the time, but four years on, her hair is a rich brown and her perfectly arched eyebrows complete her look well.