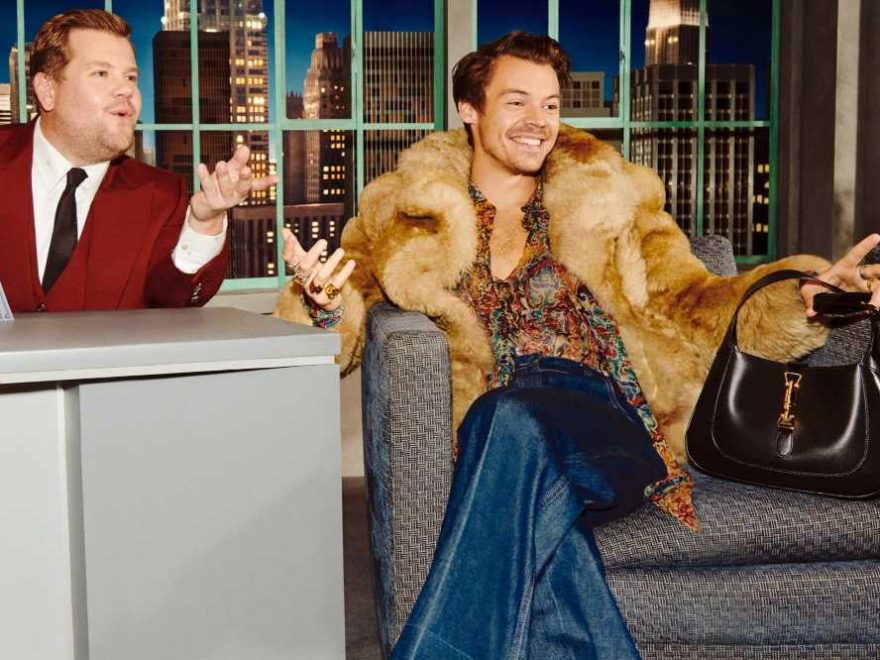 Cindy Adams on interviewing the original ‘House of Gucci’ players

The stars are all, naturally, dressed head-to-toe in Gucci, with various handbag designs from the Beloved collection taking center stage.

In a video of the scripted talk show appearance, Corden and Styles joke about a (presumably imaginary) time when the former found the latter outside of a diner.

“We decided to show the concept of ‘beloved’ in an ironic way in the campaign, being inspired by the fact that bags are the protagonists in my life and in the lives of many other people,” said Gucci creative director Alessandro Michele in a press release.

“We went back in time to the original TV talk shows, where the protagonist is the bag itself, the big star. Very often these creations are named after influential women who conditioned the habits and customs of many. It is precisely because they have great personalities that in the industry we gave them these powerful names; and now we have them in a show and twisted with the idea that there were two stars: the bag and the actual talent. A game of cross-references between the two great protagonists.”

Styles fans, predictably, couldn’t get enough of the campaign.

“Sequence of Harry Styles laughing = free therapy,” one person tweeted. Others compared his outfit to a “rich sugar mama” and Cruella de Vil.