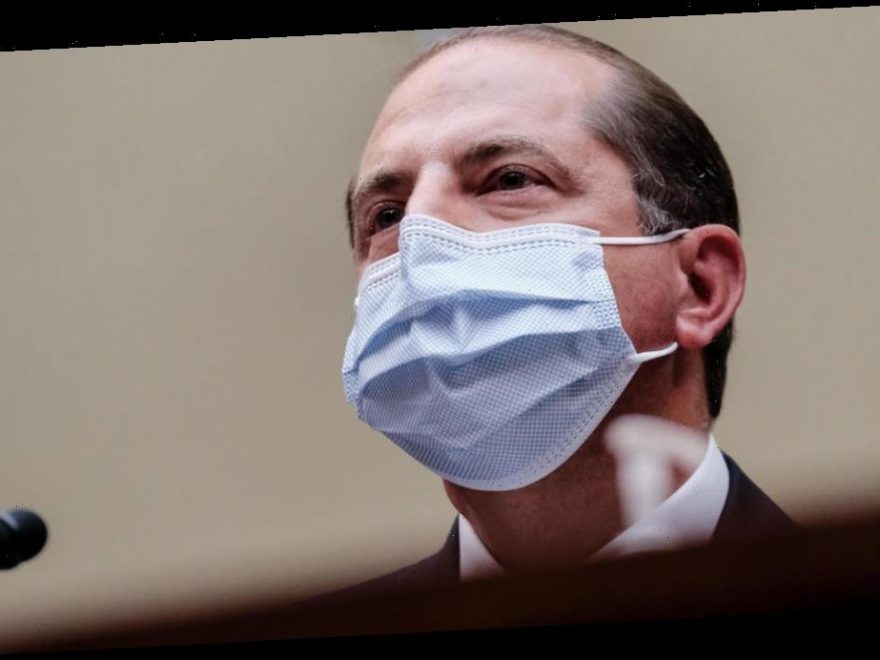 Health and Human Services Secretary Alex Azar on Friday defended the first family’s decision not to wear masks, one day after the president and first lady tested positive for the coronavirus. Azar said the first family is in a “different situation” than the rest of America.

“The first family and the protective aspect around the president is a different situation than the rest of us because of the protocols around the first family,” Azar said in response to questioning from Democratic Representative Nydia Velazquez during a House Coronavirus subcommittee hearing.

Azar made the statement after supporting mask use, adding “we recommend it.” In light of his endorsement, Velazquez asked the secretary how he is able to justify the president’s repeated decision not to wear a mask. “What is your reaction to the fact that the first family, that was sitting at the political debate — presidential debate were not wearing masks? Does that make your job more difficult?” Velazquez asked. The secretary responded, “Our recommendations are always to wash your hands, watch your distance, wear a face covering when you can’t engage in social distance, and avoid settings where you can’t do those three things.”

Azar did not elaborate on what “protocols around the first family” he was referring to, but people close to the president are tested regularly. Velazquez stressed that despite frequent testing, the president’s choice not to wear a mask in public sends “the wrong message to the American people.” And she said of the first family, “Despite the fact that officials from the university went to them and asked them to follow the rules, they were sitting there, not wearing the masks.”

Mr. Trump held a rally with supporters in Duluth, Minnesota, Wednesday night, and met supporters in person at a fundraising event on Thursday. Trump counselor and confidant Hope Hicks tested positive for the virus on Thursday, but developed symptoms on Wednesday while traveling with the president on Air Force One. Hicks was photographed without a mask after landing in Ohio on Tuesday, and again en route to Minnesota Wednesday.

CBS News confirmed on Friday that the White House knew about Hicks’ positive test on Wednesday, before holding an in-person fundraiser in New Jersey the next day.

As Azar noted, the CDC recommends mask-wearing and social distancing when possible. The White House, however, has often bucked that guidance, and top officials are rarely seen wearing masks.

Minnesota Governor Tim Walz formally asked both presidential campaigns to adhere to coronavirus guidelines while campaigning in the battleground state, the Duluth News Tribune reported. Despite Walz’s request, the Trump campaign has held multiple rallies in Minnesota that exceed the state’s limit for public gatherings.

“It was made clear to the Trump campaign, in the lead-up to the event, that compliance with the state of Minnesota’s current public health executive orders was an expectation of the DAA,” said Natalie Peterson, director of communications and marketing for the Duluth Airport Authority, in a statement Friday morning.

The president tossed hats to the crowd in Duluth on Wednesday, and leaned over the stage to talk to supporters.

Amy Westbrook, Public Health Division Director of Duluth’s St. Louis County, said in a statement on Friday that “based on the ‘six feet for 15 minutes’ assessment, the likelihood of someone in the audience catching the virus from someone on stage is fairly minimal.” She added, however, that “with an estimated attendance of at least 3,000 people at the rally, there’s a pretty good likelihood that some of the attendees had the virus and were contagious.”

“As we would with any event, we strongly encourage participants to quarantine, monitor themselves for symptoms and consider getting tested.”