SUPERSTAR mum-of-three Beyoncé sent Instagram into meltdown after she posted the first stunning photo of her twin babies.

To celebrate them turning one, Beyoncé shared a typically-Beyoncé photo of her cradling twins Sir Carter and Rumi in front of a colourful rose bush. 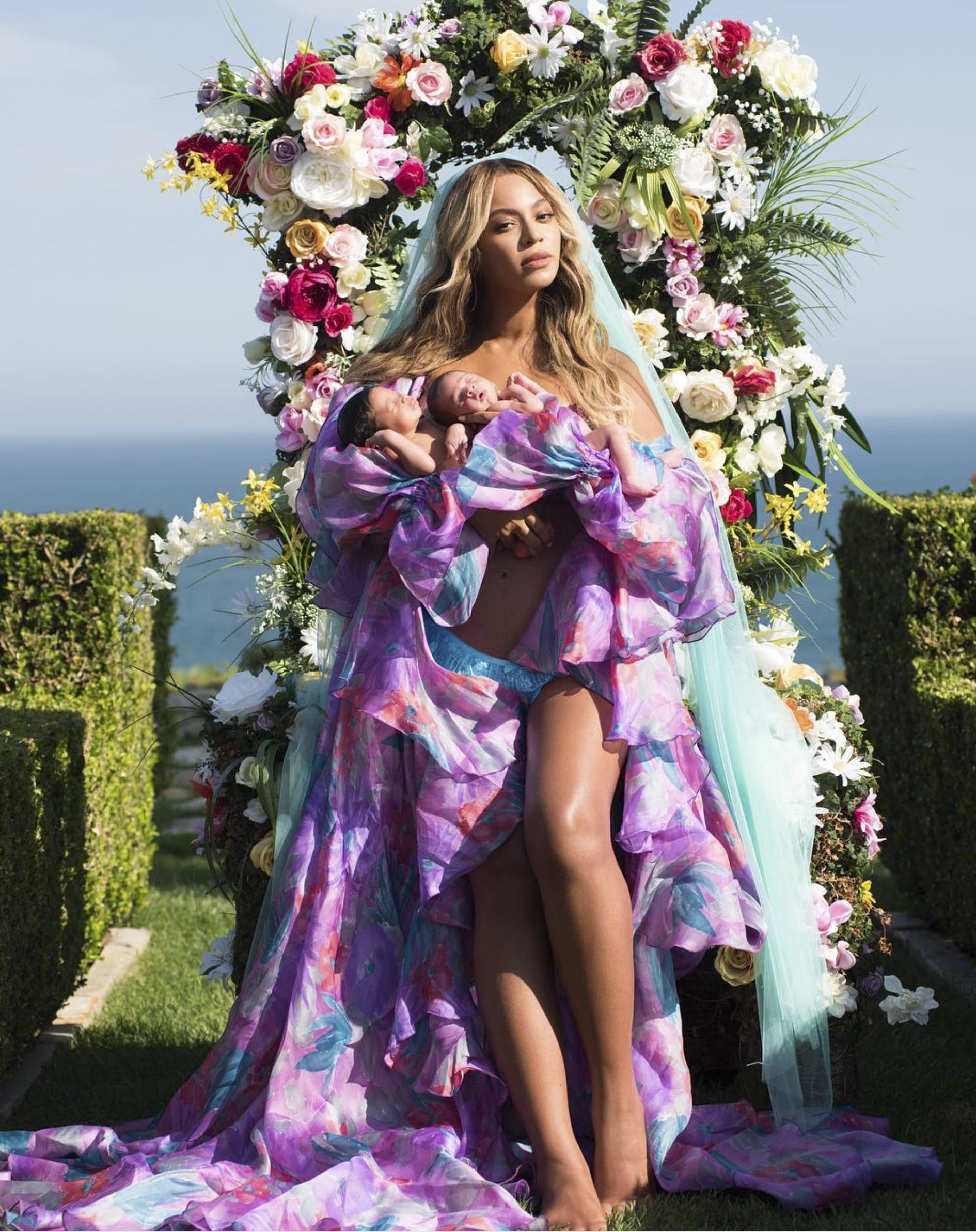 As well as causing a flurry of hype in the showbiz world, the shot has inspired a fellow mum to strike a pose in honour of her own kids.

Mum-of-five Sharon Kellaway, from Cork, Ireland, gave birth to twins Senan and Zoe in February, and wasn't going to let Beyoncé outdo her.

So after seeing the star's photo on Instagram, Sharon grabbed the twins, donned her most colourful outfit and headed out into the garden to take her own shot.

In her parody photo shoot, mum Sharon is dressed up in a flowing pink blanket, a pair of trainers and what looks like a wedding veil.

She can be seen clutching her twin babies in a variety of hilarious Bey-inspired poses, which she struck in front of her own colourful flower patch.

The Beyoncé-lookalike then shared her snaps on Facebook, where they have been liked by hundreds of her new fans. 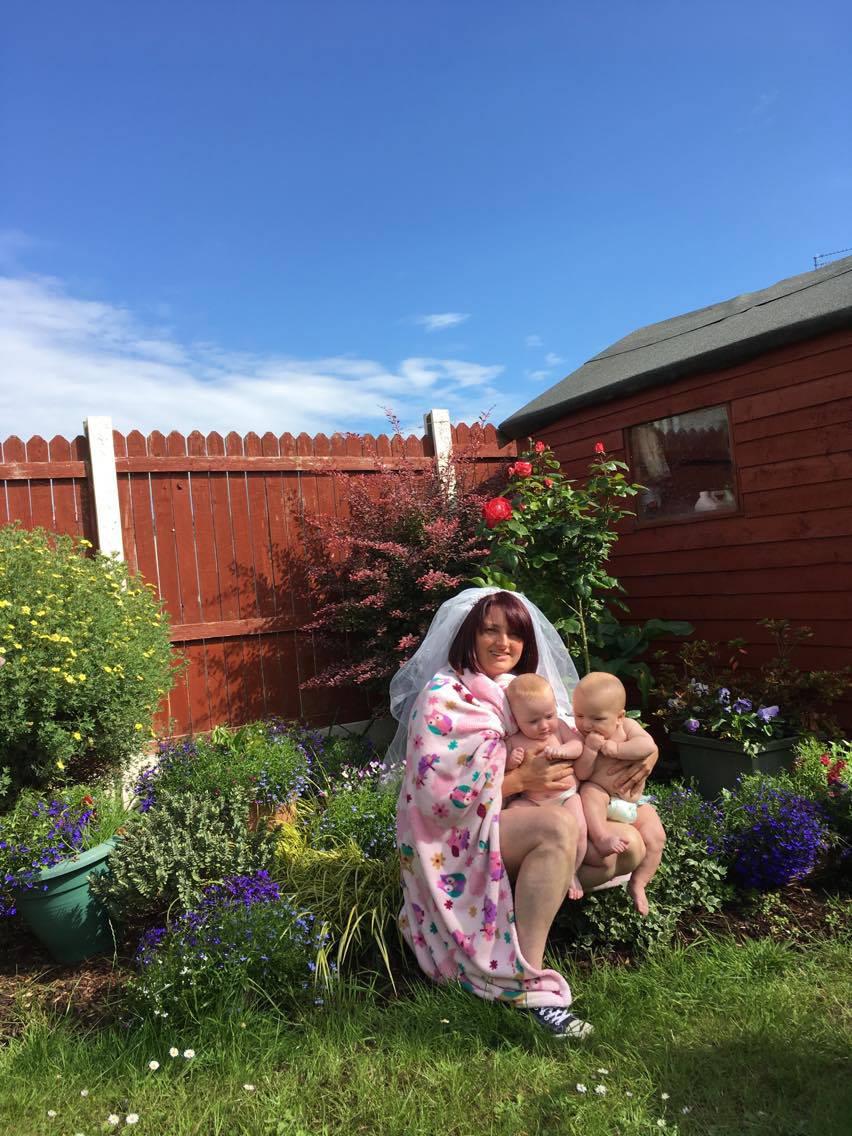 Sharon, 40, told Independent.ie that she did the parody shoot because she thought Beyoncé's own shots looked "unrealistic".

Alongside the shots, she wrote on Facebook: "I wonder how many photos Beyoncé had to get through to get the right one.

"My 6 year old took the photos … no qualifications and still did a mighty job". 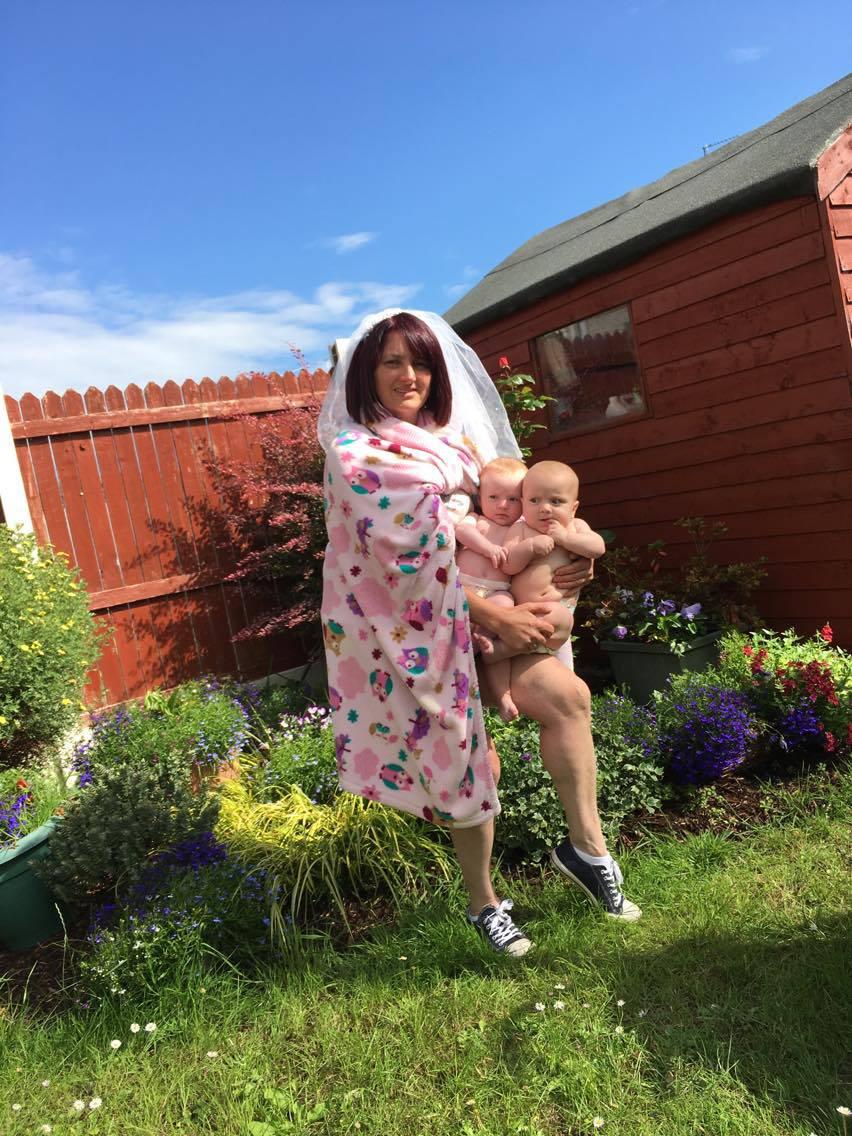 More from the photo shoot …. I wonder how many photos Beyoncé had to get through to get the right one. My 6 year old took the photos … no qualifications and still did a mighty job

Most Read in Living

We compare shiny PVC outfits from the high street with raunchy clothing from specialist sex-shops — but can you tell which is which?

Not the breast idea

Sharon has since spoken of her surprise at the snaps going viral, with news websites around the world featuring the hilarious shots.

But this isn't the first time we've been tickled by parody versions of the pop queen's photos.

When Bey announced her pregnancy with another iconic shot, our readers stepped up to the challenge of recreating them.