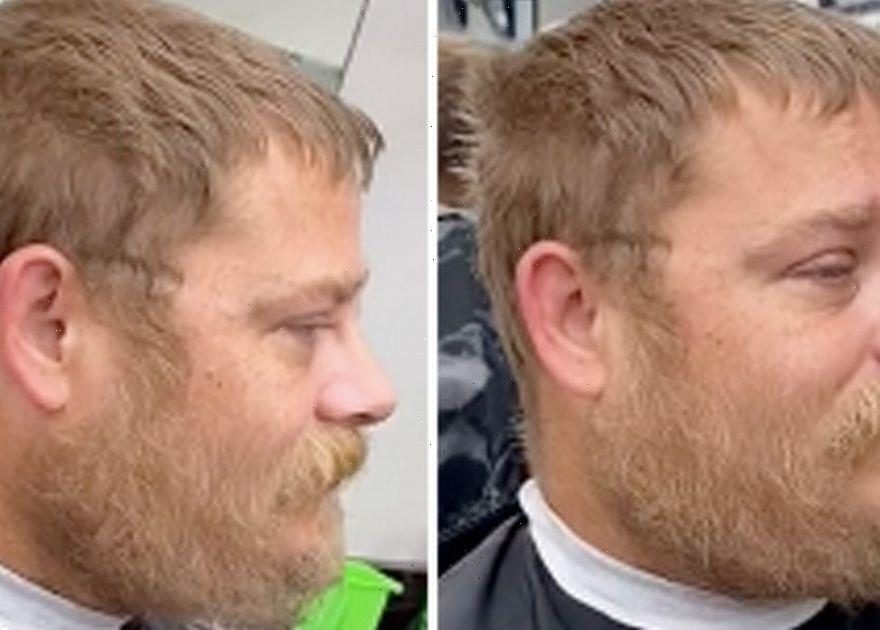 A kind-hearted barber has filmed himself giving a homeless man a haircut after finding him on the street and the transformation was remarkable.

Juan Jimenez, a barber from Greenville, US, filmed himself giving the rough sleeper a haircut and shared it to his TikTok @cut.by.chikko on June 7.

He explains in the cliP: “I found this man on the street and I had to give him a haircut.”

The man’s hair is relatively short but clearly unkempt and his beard is long and straggly.

Juan starts by giving the man a close-to-skin fade on the sides with what looks like a number 1 trim on top.

The change is immediately noticeable but the barber does not stop there.

He then gets to work on the beard as he “has to fix those spaghetti strings on his face”.

The facial hair is cut right down and is given a sharp style below and at the sides.

Juan notices the man’s eyebrows are making him “look like an Angry Bird” so he fixes them next.

And, finally, the barber removes the rough sleeper’s nasal hair.

As the video comes to an end, we get a glimpse of the finished article. The man’s messy appearance is no more, replaced with a fresh and smart trim.

The clip was shared to TikTok with the caption: “All jokes aside it was a pleasure bringing this man back to life. He was super happy when he got up.”

It has since been seen more than 10,000 times, with many commenting their thoughts in the section.

Another praised Juan, saying: “Keep it up, God bless you.”

It is not the first time a homeless man has been completely transformed thanks to a simple haircut.

Earlier this year, a rough sleeper was transformed into a “supermodel” after a kind barber gave him a free trim.