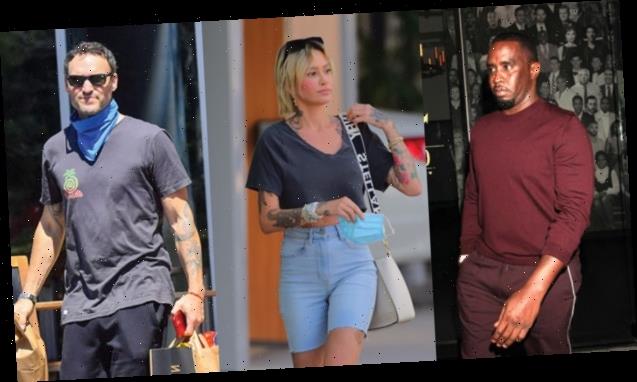 Brian Austin Green and Tina Louise, who have caused speculation of an on-again, off-again romance in the recent past, are ‘still in touch’ after she was spotted making out on a beach with Diddy.

It’s been less than a month since Brian Austin Green, 47, and Tina Louise, 39, openly flirted on social media, but the Australian model made headlines when she was spotted showing off PDA with Diddy, 50, on a beach on Oct. 14. Although one could think the romantic outing means things ended harshly for the actor and his former lady love, it turns out everything is all good between them because what they had was reportedly casual. “Brian and Tina are still in touch and still on great terms but there’s zero commitment between them,” one source EXCLUSIVELY told HollywoodLife. “He thinks very highly of her but he’s nowhere near ready to get into a relationship so he’s got no expectations of her. He watinants her to be happy and if dating Diddy makes her happy he’s all for it.”

“Brian has a full plate and his main priority is his kids,” the insider added. “Tina knows that and that’s why it works for Brian. Things are easy and carefree between them so of course, Tina is completely free to do what she wants as is Brian. They have a mutual respect and friendship.”

The latest public interaction between Brian and Tina was when the blonde beauty left the flirty comment, “Kinda hot when your [sic] mad. lol”, on one of his Instagram videos in which he was pretending to be angry to promote an upcoming episode of his podcast.