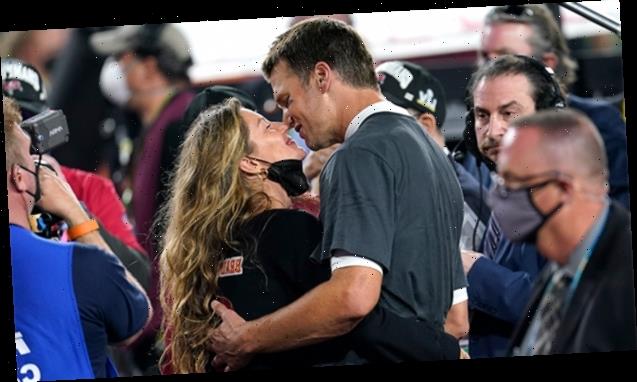 Fans were surprised to hear Tom Brady confirm so quickly that he’ll be back to chase an 8th ring next NFL season — however, his wife Gisele Bundchen wasn’t!

Gisele Bundchen is Tom Brady‘s biggest support system, which is why it’s no surprise that she’s on board with the NFL icon returning to the league next season. Tom, who collected his 7th ring when he led the Tampa Bay Buccaneers to a 31-9 victory over Patrick Mahomes and the Kansas City Chiefs on Sunday — clarified any looming speculation that he would retire after his storybook ending at Super Bowl 55. “Yeah we’re coming back,” the quarterback confirmed in the post-game championship trophy ceremony. “You already know that,” he added, which is something Gisele knew too.

“She knows Tom has every intention of heading back to the NFL for a few more years and she supports him all the way. Gisele knows it’s just in his blood and it’s what he loves and she would never keep him from that,” a source close to the supermodel, 40, told HollywoodLife, exclusively, noting, “It’s why she fell in love with him in the first place, because he follows his dreams and is motivated and passionate about what he does.”

Gisele is “ecstatic” and “couldn’t be more proud” of Tom after he came out on top during the February 7 matchup. Nonetheless, “Gisele is looking forward to him getting some time to relax with her and the kids,” the source added about the couple’s daughter Vivian Lake, 8, and sons Benjamin Brady, 11, and John Edward Thomas (Jack) Moynahan, 13 — who Tom shares with ex-girlfriend Bridget Moynahan, 49. 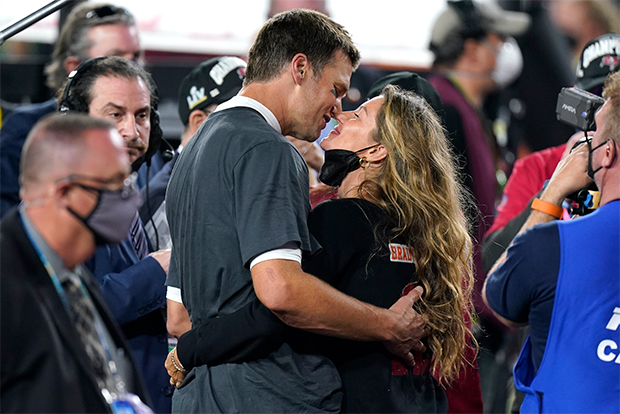 Tom returning to the league next season was no surprise to fans, who’ve heard the star quarterback express his willingness to play for years to come on a number of occasions. However, it was nice to hear from the source himself, confirm that he’ll be back in Tampa for another year of action.

“Tom is not going to retire. He is 100% coming back to Tampa and he is ready to win his eighth championship. That is his mindset right this second,” a separate source close Tom told HollywoodLife, exclusively. “The focus, without question, is on running it back and he is going to start preparing for the next season in a few weeks. Gisele is on board with it all and his kids love that their dad is still playing,” the insider explained, adding that the Brady family “is really happy and hope to be in the same position next year when the Super Bowl heads to LA.” 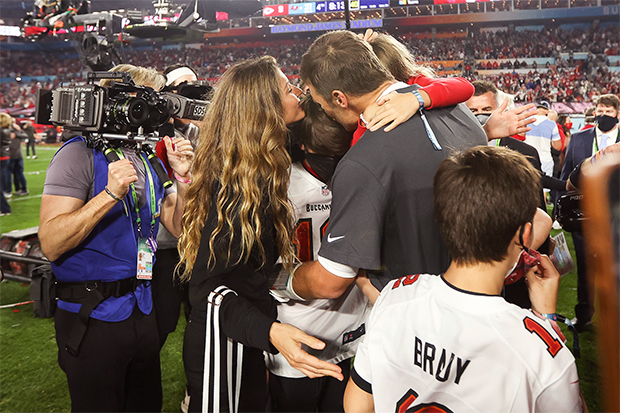 Gisele is no stranger to attending the Super Bowl. This year’s big game marked the Victoria Secret alum’s seventh Super Bowl appearance in support of her star QB hubby. While this Tom’s 7th time winning on the NFL’s highest stage, SB55 marked his 10th appearance (his first with the Bucs) in the Super Bowl.