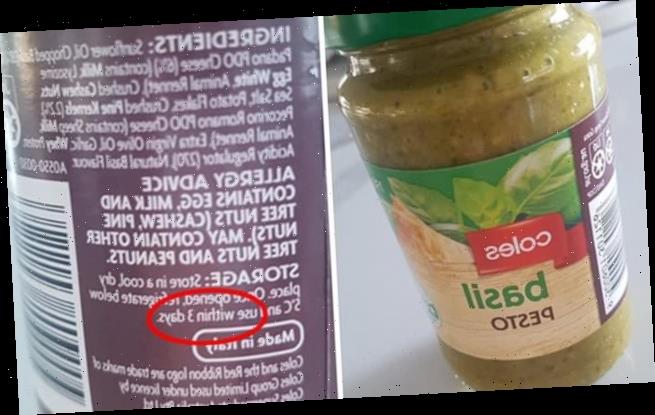 REVEALED: How you can keep opened sauce jars for longer in the fridge than the recommended ‘use within three days’

Home cooks have shared the simple tricks they swear by for keeping half-eaten sauce jars longer in the fridge than the recommended ‘use within three days’.

Pre-made food products such as tomato pastes and pasta sauces come with a short shelf life like ‘consume within three days’ or ‘use within three weeks of opening’.

However, one Australian woman asked fellow cooks on the best ways to store the rest of her pesto sauce as she only needed a small amount for her dish.

‘I only want a little bit of this but says to use in three days. Can I put the lid back on and put in the freezer?’ she wrote in a Facebook group.

Her social media post was quickly met with dozens of practical tips, including placing the jar upside in the fridge or topping the sauce with a dash of olive oil. 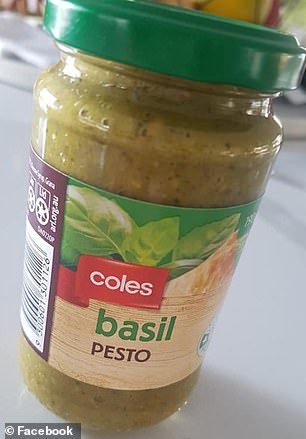 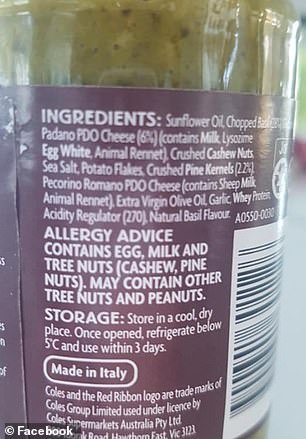 A woman asked fellow cooks on the best ways to store the rest of her pesto sauce as she only needed a small amount for her dish. The label states you must use within three days of opening

What are the best ways to keep opened jars beyond three days?

Place the opened jar upside in the fridge as this stops air getting in, preventing the sauce from going off

Top the jar with a dash of olive oil. just enough to cover the sauce. Some suggested this trick will keep the sauce longer for up to a month

Portion the sauce into ice cube trays, then freeze. Simply pull out cubes needed during the cooking process

‘Top it up with a bit of olive oil then it will last in the fridge for up to a month,’ one suggested.

Another said: ‘You can always top it with a little bit of vegetable oil, just enough to cover the pesto and put it back in the fridge. I do this also with tomato paste to keep it longer.’

Many suggested keeping the jar upside down in the fridge as this prevents the sauce from going off.

‘Store the opened jar upside down, stops air getting in,’ one woman said.

Another woman added: ‘Tip it upside down and put it in the fridge. It lasts for ages that way,’ while one said: ‘If you turn the jar on its head, the content falls, creating an internal vacuum, making it last until it’s gone.’

Others suggested portioning the sauce into ice cube trays or ziplock bags to freeze and simply pulling out the amount needed during cooking.

‘I normally put it in ice cube trays to freeze… I have no issues,’ one woman said, while another suggested: ‘The glass jar might shatter in the freezer as the pesto freezes. Pour into an ice cube tray or small freezer container.’

One person said: ‘Freeze flat in a snap lock bag so you can break off small pieces as you need them. For low waste option, freeze small portions in a container or jar and pull out cubes as needed.’

‘I put in ice cube trays then put it in ziplock bags,’ one added,’ while another person said: ‘Freeze in a snap lock bag, pressed flat and just cut bits off as you want them.’

Others admitted they never follow the ‘after opening’ instructions printed on sauces.

‘I always have [sauces] in the fridge for ages. Don’t worry about it too much,’ one woman said, while another added: ‘I never take notice of this. It’s on tomato paste jars too but who uses a whole jar in a few days.’

Meanwhile, one woman suggested creating your own pesto sauce at home.

‘I stopped buying pesto ages ago. I now make my own and it’s delicious, you can control the ingredients to suit your taste, and freeze it in ice cube trays… then I toss the cubes into hot cooked pasta,’ she said.

‘Toss it in a blender to puree and freeze in cubes. You will never go back to store bought after making your own,’ she added. 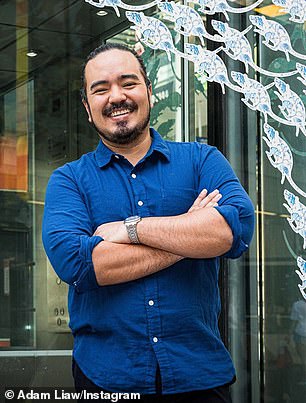 Once a food with a ‘use by’ date on it has been opened, you need to follow any ‘after opening’ instructions such as ‘eat within three days of opening’. If a food can be frozen, its life can be extended beyond the ‘use by’ date.

Earlier this year, MasterChef Australia 2010 winner Adam Liaw encouraged people to ignore ‘use-by’ and ‘best before’ dates – and instead use your nose to check whether the product has gone off.

According to the Food Standards of Australia and New Zealand, most foods can be safely consumed after the best before dates but they may have lost some quality.

In an opinion piece for the Good Food, Liaw said there are two distinct smells to avoid if you are sussing out foods that have just edged past its use-by or best-before dates.

‘The first is putrefaction – the sour, disgusting and quite unmistakable smell of something that has gone off. Avoid,’ he said.

‘The second is rancidity. Rancid, oxidised oils have a waxy smell and while they might not make you sick immediately, they can be unpleasant tasting.’