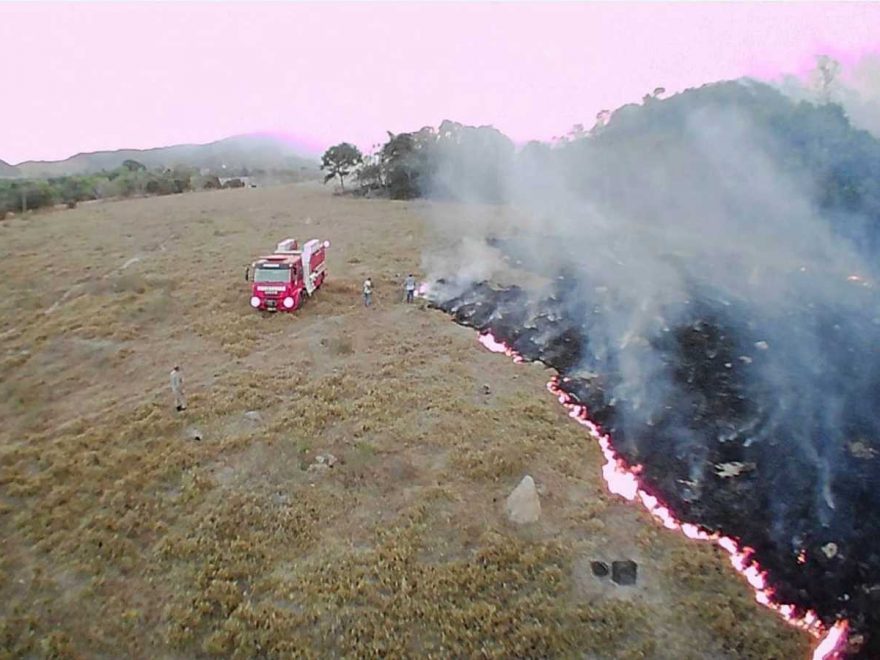 Although officials have said that dry weather and natural factors are behind the massive fires ravaging Brazil’s Amazon rainforest, others are suggesting that humans are likely to blame.

Numerous environmentalists say the blazes, which have been burning at a record pace for weeks, threatening wildlife and Earth’s oxygen, were set by cattle ranchers and farmers in an attempt to clear the land for their own use, according to CNN.

“The vast majority of these fires are human-lit,” Christian Poirier, the program director of non-profit organization Amazon Watch, told the outlet, pointing out that the humid rainforest doesn’t catch fire easily.

“This year’s fires fit into an established seasonal agricultural pattern,” added CNN meteorologist Haley Brink. “It’s the best time to burn because the vegetation is dry. [Farmers] wait for the dry season and they start burning and clearing the areas so that their cattle can graze. And that’s what we’re suspecting is going on down there.”

Officials with Brazil’s National Institute for Space Research (INPE) have said humans, dry weather and natural factors are to blame for the uptick in blazes.

“There is nothing abnormal about the climate this year or the rainfall in the Amazon region, which is just a little below average,” INPE researcher Alberto Setzer said, Reuters previously reported. “The dry season creates the favorable conditions for the use and spread of fire, but starting a fire is the work of humans, either deliberately or by accident.”

Activists have also blamed Brazil’s right-wing President Jair Bolsonaro for the devastation, noting that the surge of fires began when he took office in January, according to Reuters.

Bolsonaro, who famously fired INPE leader Ricardo Galvão after Galvão spoke out about high deforestation rates, has vowed to explore the Amazon’s economic potential and condemned deforestation warnings that could interfere with trade negotiations.

Recently, the president has suggested the Amazon blazes could have been set in an attempt to make him look back.

“Maybe — I am not affirming it — these [NGO people] are carrying out some criminal actions to draw attention against me, against the government of Brazil,” he told reporters on Wednesday, without providing any evidence, according to USA Today.

According to many local media reports, last week numerous farmers organized a “fire day,” which was inspired by Bolsonaro’s words, Amazon Watch said in a statement, according to CNN.

Fires are “just the most visible symptom” of his policies, the Observatorio do Clima (Climate Observatory) said in a statement, the outlet reported.

There have been 72,843 fires in Brazil this year, marking an 83 percent increase since last year, and satellite images have spotted 9,507 new forest fires in the county — mostly in the Amazon basin — since Aug. 15, according to CNN and Reuters, both citing the INPE.

The Amazon, known as “the planet’s lungs,” produces 20 percent of Earth’s oxygen and is a key factor in combating climate change, CNN noted.

Organizers with the World Wildlife Fund have said that if the Amazon reaches “a point of no return,” it could begin emitting carbon, which is “the major driver for global climate change.”