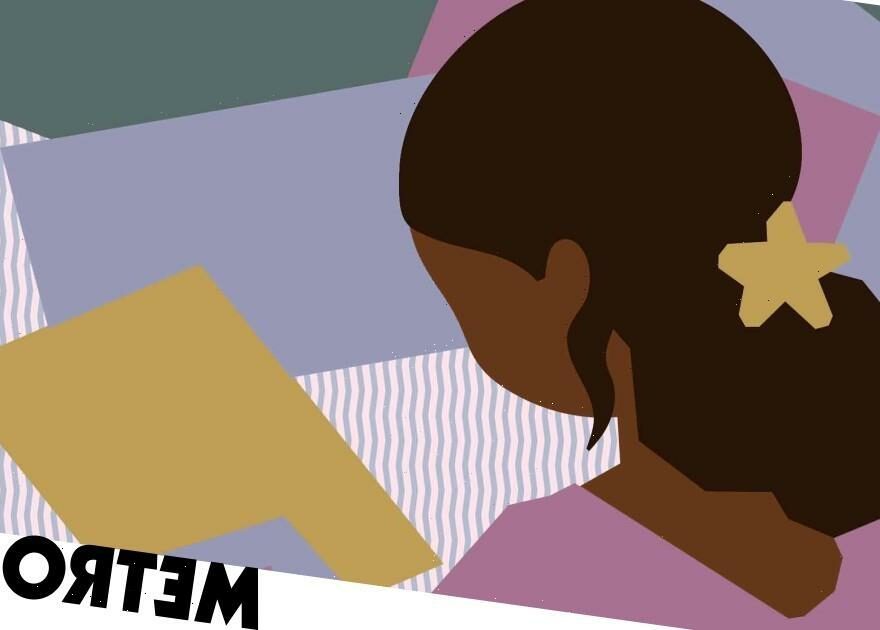 ‘You were two years old.

‘You wouldn’t stop crying in the shop, so I slapped you until you shut up,’ my mother said, on my last visit ‘home’ before our estrangement.

I’d made the mistake of asking her for a nice early memory of me, as she’d never shared any before.

This was apparently a pleasant recollection for her.

I couldn’t remember anything about this incident, but it began to haunt me. I began to wonder if I’d always been difficult in her eyes.

I was also angry at myself for still wanting some kindness from her after so many years of abuse.

During my teenage years, my mother was bedridden with depression between her bouts of verbal and physical aggression. My father worked long hours, so my mother enlisted my older brother and younger sister as her emotional back-up – and sometimes the enforcers of her violence.

I was singled out for being introverted and unconfident. From puberty onwards, the isolation grew, as my mother criticised my western dress and appearance, with my acned skin, braces and cowed posture.

While my father was never directly abusive, he’d often excuse my mother’s behaviour. My mother was close to my brother, using him for support in place of my father and my sister was pretty, confident and popular, so my mother was proud of her.

We lived in a small town with few other South Asian families around. Being female and awkward attracted gossip from people in our tiny but close-knit community, which further turned my family against me.

Through my teenage years, I suffered from disordered eating and depression. I was afraid of getting the authorities involved, in case I ended up in care or suffered further abuse from my family. I had a broken nose and ear at that point, from my mother and brother, but it was the daily belittling and name-calling that was worse.

I moved to London to university and stayed there. This was unusual given my South Asian and Muslim background, when young women tend to return home after studying, and remain there until marriage.

I withdrew, instead of arguing back, and would count the hours until I could leave without attracting more criticism for cutting the visit short

Although it was not far from ‘home’, I could be anonymous there. I felt an overwhelming sense of relief in my first year.

Still, I longed for acceptance from my family – after all, I hadn’t known any other. I didn’t realise that years of gaslighting and abuse meant I couldn’t even accept myself.

But the longer I stayed in London, I flourished. I had the freedom to dress and go out as I wanted. I lived with caring friends who made our shared house feel like my first home. There were finally people in my life who valued me.

My visits ‘home’ became more strained as I found it harder to ignore the dysfunction and casual brutality of how I was spoken to. I kept going because then my parents could tell other people in the South Asian community I hadn’t run away. My mother often blamed her depression on the shame I’d caused her, and I still believed it.

One thing I’ve learnt since is that estrangement happens over a number of years as one member of the family chooses to distance themselves because of ongoing issues. I’d already been doing this unconsciously, first by moving away, then sharing as little as possible about my life.

In my thirties, I cut my visits down to two or three times a year, despite living less than an hour’s train ride away. I blamed my workload and often cancelled at the last minute. My parents would often demand that I come, and accuse me of being selfish. Instead of violence, there was now silence, coldness, or verbal bullying. They imitated how I spoke and undercut my opinions.

I withdrew, instead of arguing back, and would count the hours until I could leave without attracting more criticism for cutting the visit short.

When the pandemic was declared in March 2020, I didn’t hear from my parents for a month. When we spoke, they didn’t ask how I was taking care of myself.

On the news, people talked about their longing to see their family. I was suddenly aware of what I’d been missing out on.

This wasn’t unusual. Research by Standalone, the estrangement charity, found that more than half of respondents felt even lonelier during the pandemic because of the focus on familial bonds.

I went to see my parents just before the winter lockdown. I should focus on the present, I told myself, and try to appreciate that I even had a family.

But then my mother recounted her story of me in the shop, and I found that I couldn’t eat anything for the rest of the day.

Making normal conversation was just as fraught. When I got upset at my brother’s racism and misogyny, my mother shouted at me for disagreeing with him.

As I left, my father casually mentioned I’d have to stay longer when I visited again for an as-yet unplanned family wedding. My parents were thinking ahead – they didn’t want to explain my absence to the wider community.

The more distance I have, the more I’ve realised what I missed out on by not having a supportive family

I realised, in another blinding moment, that my visits were part of a façade of normality that our family had built together, but I was the only one unprotected by it.

Once I got back to my flat, I called my father and told him visiting made me unhappy and ill. No one seemed to want me there anyway. He told me I was imagining it, that I was the one who couldn’t accept people as they were.

On my own, I ruminated over the idea of stopping talking to my family indefinitely. Surely my mother’s depression excused her cruelty and violence? Wasn’t my father doing the best he could? Weren’t my brother and sister also victims?

I decided to start intensive therapy privately with someone who might help me answer these questions. After six months of three sessions a week, I realised no one could reassure me that I’d made the right decision.

But through a combination of reflecting back and simply listening, the therapist validated my feelings. He also introduced me to the idea of the family ‘scapegoat’, someone blamed for all the unit’s intractable difficulties.

And so I told my family that I won’t be in touch until I’m ready, but I’m not working towards that for their benefit. It’s not possible to deal with the after-effects of abuse while still holding onto the abusive relationship.

It’s not easy thinking about the future, without any belief in unconditional love or safety net. But I often wake up, a year on, and remember I’m free, from my family’s constant judgement and low expectations of me.

My parents have only contacted a few times since, based on the occasional blocked messages on my voicemail. My sister emails, asking to meet, but she refuses to acknowledge the violence and abuse of the past.

The more distance I have, the more I’ve realised what I missed out on by not having a supportive family. It’s painful, but I’ve gained so much by making a conscious decision to cut them off. It’s the first step towards learning to trust my inner voice.

This series aims to offer a nuanced look at familial estrangement.

Estrangement is not a one-size-fits-all situation, and we want to give voice to those who’ve been through it themselves.