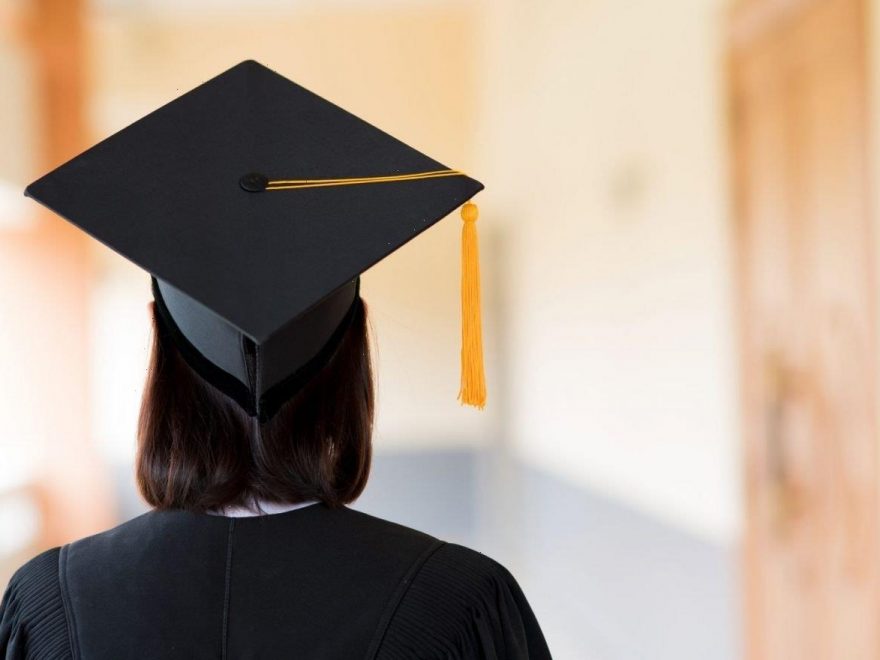 University may be said to be the time of our lives, but the rising cost of tuition and maintenance is leaving many women saddled with student debt they say they’ll never pay off.

Back in 2008, a damning report demonstrated the depth of financial inequality in the UK, finding that women consistently took longer to repay their student loans due to an estimated 20% gender pay gap and the financial impact of taking maternity leave.

Over a decade later, the worrying situation has only worsened for women, as both university fees and interest rates have skyrocketed, not to mention mass redundancies and pay cuts during the global pandemic.

According to government statistics, the value of outstanding student loans in the UK at the end of March 2021 reached £160 billion.

Indeed, the average student’s debt on graduation day in England is thought to be more than £45,000 in both maintenance and tuition loans, which are repaid with additional interest through a 9% cut of earnings and written off after 30 years.

Currently, graduates begin paying back their loans when they earn £27,295 or more, an increase from the previous threshold of £25,000, and the government has already faced extensive calls from ministers and think-tanks to lower the threshold to between £20-23,000 to help alleviate the crisis.

Amber, a 30-year-old business owner from Southampton, graduated in 2013 and says that she still has over £20,000 left of her student loan to pay back. “Before I started my business, I never really thought about student loans. It just came out of my pay cheque every month – and while that was a pain to see, it was never really that much.”

I’m a bit of an avoider, and so I wouldn’t open my yearly student loan summary because I know how upsetting it would be,” she admits to Stylist.

“There were quite a few years after university when I wasn’t earning enough to pay my loans back, and so that number kept creeping higher and higher.”

Now self-employed, Amber repays her loan in chunks with her yearly tax return, the last payment of which totalled £3,000.

“I knew what I was getting into when I went to university. It’s the fact that with the interest, the amount barely goes down. “One year the payments I made and the interest were actually the same amount, so it literally didn’t go down at all,” she shares.

Amber doesn’t hold much hope of ever fully repaying her debt. “I know that realistically I could put more money into the student loan pot and get rid of the debt, but I’d rather put that money towards buying a house, growing my business and living my life. Does this mean I’m unlikely to ever fully pay it off? Probably, but I think I’m okay with that.”

The UK government has estimated that for students starting university from 2006, the average student loan debt on graduation would take an average of 11 years to repay for men and 16 years for women. For those who started studying from 2012, most graduates are expected never to pay off their loans, male or female.According to public service union Unison, “The problem for our young women is that they often, because they have pregnancies, take breaks in their working lives to raise their children, so they incur greater interest on their student loans.”

“The consequences for a woman becoming a mother and taking maternity leave is that while she may not be repaying her student loan because her income drops below £25,000 per year while on maternity leave, interest still accrues on the outstanding loan. So she ends up having to pay back for more years and at greater cost than a comparable man who does not take a year off work.”

“I honestly feel like I’ll probably never pay off my student debt,” Katie, a self-employed journalist from Dorset, tells Stylist. She graduated in 2012 with a degree in Drama and Theatre Arts and currently owes £18,852.47.

“I know it gets written off at a certain point, so I suspect I’ll never pay it in full. I think of it more like a student tax – I have to, because that big number on my account isn’t going down any time soon,” she shares.

However, Katie’s husband will finish paying off his student loan in the next couple of months.“He’s around five years older than me, so his fees were a third of mine, because tuition fees were cheaper back then. But regardless, he’s in a better paying industry than I am, and I also work part time around raising our child,” she says.

“I can’t help but wonder if the gender pay gap comes into this – if women are statistically earning less, they’ll be paying off their loans at a slower pace and racking up the interest in the meantime.” Katie isn’t alone in this worry, either.

“I don’t know anyone who’s paid off all their student debt yet and I’m 34! I’ve only just got rid of all the other kinds of debt,” Becca, an author, tells Stylist.

“My interest is more than the payment each month so it’s never going,” adds Lorin, a fitness instructor still saddled with student debt.

“I have three degrees (two master’s) and never expect to get a job that pays well enough to make a dent in them,” admits Jemma, a writer.

Katherine, a fellow English graduate, left university in 2015 and also has yet to repay the majority of her loan. “I’ve possibly paid off £150, if that. Thanks to interest, low salaries and starting my MA this month, I highly doubt I’ll ever repay it in full.”

The impact of rising tuition costs on women

In its most obvious form, student debt is something that most bemoan but ultimately have to find a way to live with. In its worst manifestation, it is a barrier for low income students continuing with their education.

Brinda, an international student originally from India who had to self-fund her degree in the UK, tells Stylist that she was advised by her tutors not to pursue higher education and a PhD because of the debt that would be incurred.

“I was told that the number of people with PhDs versus the jobs available are very disproportionate so not to get a student loan for my tuition, even though I had an acceptance for my PhD.”

“Student loans are an abomination,” says Rachida, an entrepreneur who holds a law degree. “I think education should be free, at least for the very poorest in society.

“The repayment schedule in the UK is better than in the US, but it’s still a burden to have debts. It doesn’t let you focus on anything other than what you owe.”

How to manage your student debt

When it comes to living alongside your student debt, Patrick Connolly, a financial adviser at Chase de Vere, points out that while student loans won’t affect your credit score, lenders do take them into account when considering mortgage applications. The Council of Mortgage Lenders states that “a student loan is very unlikely to impact materially on an individual’s ability to get a mortgage, but the amount of mortgage available may depend on net income (ie your “take home” pay after tax and expenses)”.

The option to make voluntary overpayments to reduce your debt quickly can also be tempting. However, according to Martin Lewis, the Money Saving Expert, you could end up paying more than you need to because of a“bizarre contradiction” in a repayment system that renders accumulated interest and the actual balance owed irrelevant by wiping any remaining debt after 30 years.

What this means is that if you’re not expecting to clear your student debt in totality within that time frame, paying off your loan quickly could be a bad move. While predicting future earnings is difficult, financial advisor Phillip Milton urges graduates to “stand back and look at the bigger picture and work out what will make more financial sense for your particular situation in the long-term. Don’t automatically assume the best thing to do is pay off the debt.”

If you are concerned about student loans or are struggling with debt, charities like Stepchange provide free and impartial financial advice.Speak to a Financial Conduct Authority registered financial adviser before taking financial advice, and think carefully before making any decision.