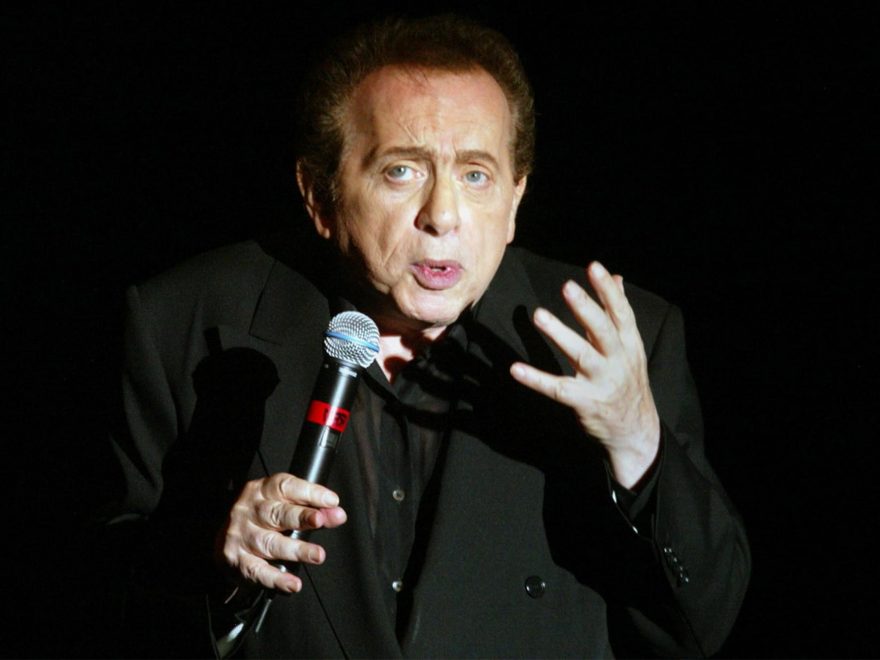 Famed Borscht Belt comedian Jackie Mason, who rose from a modest childhood on the Lower East Side to become one of the most famous funnymen of all time, has died. He was 93.

Mason died at Mount Sinai Hospital in Manhattan Saturday, with his wife Jyll and a few friends by his side, longtime pal and lawyer Raoul Felder told The Post.

There will be a small, private funeral service Sunday in New York, said Felder, who declined to name the location. A larger, public memorial service is expected at a later date, the lawyer noted.

“We shall never see his like again. This was a mold that was broken,” an emotional Felder said. “We’re going to miss him.”

Mason was born in Sheboygan, Wis., to immigrant parents from Belarus. The family moved to Manhattan when little Yacov Moshe Maza, as he was then known, was just 5-years old, according to The New York Times, which first reported his death.

An ordained rabbi, Mason was frequently stopped on the street wherever he went, and always took the time to listen, Felder said.

“He spoke to everybody and listened to their troubles,” recalled Felder, who wrote a series of books with Mason. “He used to listen to all the waiters’ complaints.”

He was even the favorite comedian of the Queen Mother and Prince Charles, and performed frequently for the royals.

Mason caused a stir after one performance for the Queen Mother, when he refused to wait afterward and bow to her, recalled Felder, who described Mason as “very smart and very opinionated.”

“At the end the whole cast lined up and waited and bowed when a member of royalty came over to the case. Jackie was having none of this,” Felder remembered. “He just left. It became a big story — he’d walked out on the Queen Mum. So he invented a story that he couldn’t stay there anymore because he was sick.”

His famed one-man show, “The World According to Me!” made him a triumph of Broadway in the 1980s, and in 1968, he was banned from “The Ed Sullivan Show” after the host mistakenly believed Mason gave him the middle finger during an interruption.

Known for his “Borscht Belt” style of comedy, often seen in the era of Catskill summer resort entertainment, Mason’s trademark was continuing that kind of performance style long after the resorts were mere memories.

The doctors and nurses attending to Mason, who had been hospitalized for two weeks and three days, wept when he died, Felder said.

“They were all fans of his. They were all crying,” he said. “He was like a shooting star that comes every 100 years.”

“I think the world has lost a very unique individual.”