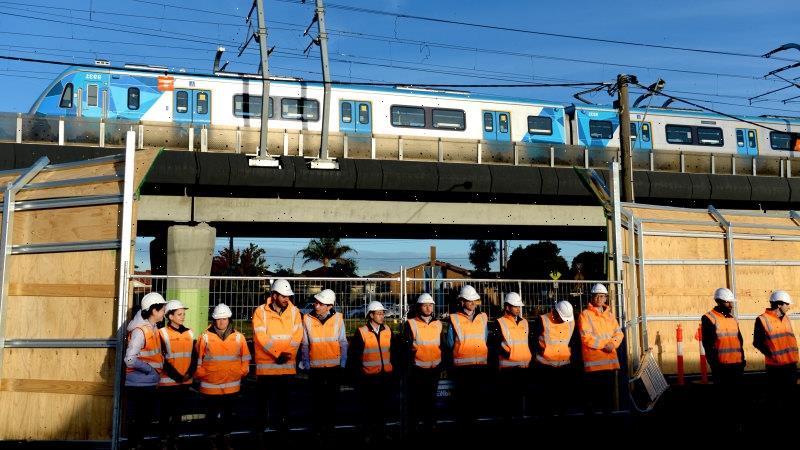 Victoria has been handed $2.2 billion for the Andrews government’s flagship Suburban Rail Loop but will lose at least $1 billion in funding for other infrastructure projects announced by the former Coalition government.

In a major shift in priorities for infrastructure spending, Tuesday’s budget locks in funding for the controversial train line, which would – if completed – arc 90 kilometres around Melbourne from Cheltenham to Werribee via the airport. 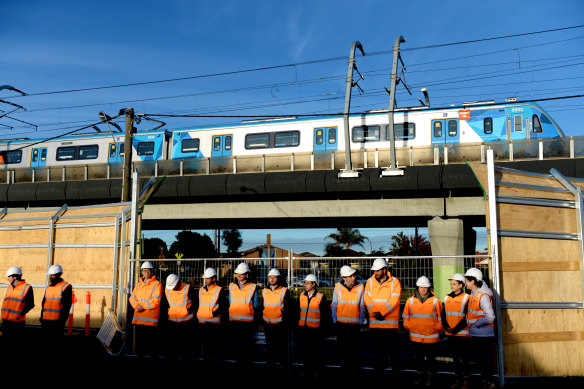 The first stage, from Cheltenham to Box Hill, is expected to cost about $35 billion. The state government has already promised to stump up $11.8 billion, and it wants a one-third contribution from the Commonwealth. The remaining third is expected to come from private sector development opportunities around the line.

But the federal budget confirms the initial $2.2 billion contribution from the Commonwealth will come at a cost to Victoria – the cancellation or delay of a raft of Victorian projects backed by the former government.

The budget provides few details on what projects have been cut or delayed or how this affects the bottom line. Those details are expected to be communicated to state governments individually.

But the government confirmed this week that the savings include $640 million from scrapping the planned duplication of Wellington Road, which runs through several marginal electorates to the east of the city and $475 million for a public transport link between Monash University’s Caulfield and Clayton campuses. 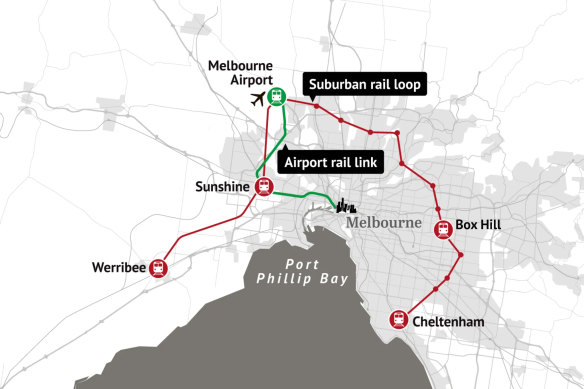 The Victorian government’s planned Suburban Rail Loop. The first stage, from Cheltenham to Box Hill, is expected to cost up to $35 billion.Credit:The Age

The budget papers reveal that, in net terms, total national infrastructure spending is expected to fall by $4.7 billion over the four-year budget period.

Savings include $6.5 billion for unspecified existing projects the government will “re-profile” to beyond the forward estimates, “to better align the investment with construction market conditions”.

For the first time in almost a decade, the budget makes no mention of Melbourne’s East West Link project, removing the $4 billion previously held as a contingency in a “locked box” by the Coalition.

Victoria has for years bitterly claimed it has been short-changed on federal infrastructure funding. The state, which makes up about one-quarter of Australia’s population, was allocated just 5.9 per cent of new infrastructure spending in the Morrison government’s final budget, delivered in March.

The inclusion of funding for Victoria’s Suburban Rail Link appears to even up the ledger.

According to the budget, a total of $8.1 billion has been set aside for new infrastructure investment over the next decade from 2022-23, $2.6 billion – or 32 per cent – of which will go to Victoria.

On Monday, federal Finance Minister Katy Gallagher insisted the project stacked up, pointing to the state government’s business case, which estimated a return of up to $1.70 for every $1 invested.

This contrasts with the view of Victoria’s auditor-general, who last month found the project would generate a loss, making 51¢ for every $1 invested under more conservative assumptions recommended by the Treasury and Infrastructure Australia.