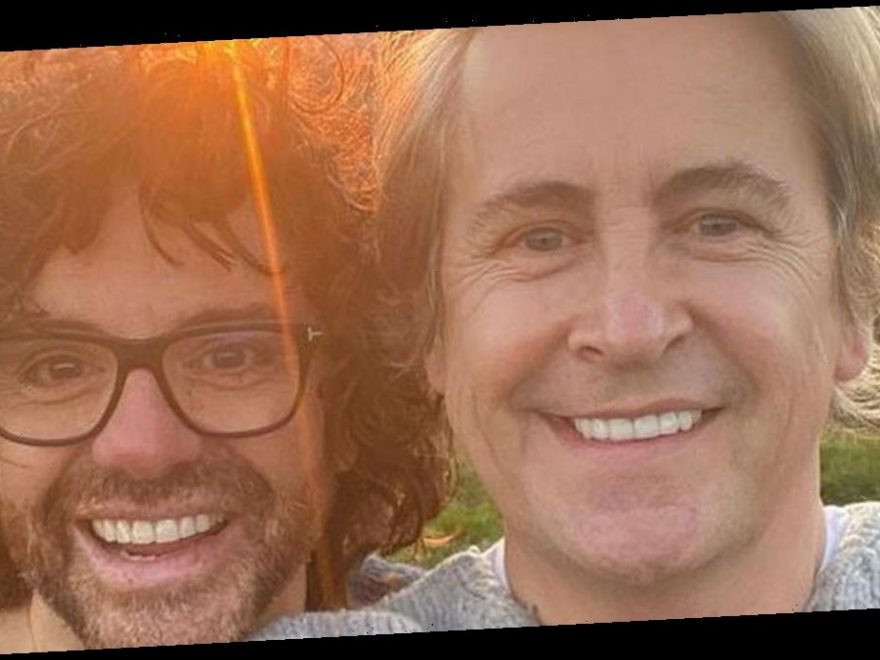 Stephen Webb has appeared on Gogglebox since the first series, making him one of the longest reigning telly watchers on the show.

He lives in Brighton with his husband Daniel Lustig, who he stars alongside in the show, and they both work as hairdressers at their salon Lustig and Webb.

Come in and have a snoop around the home they share and what they get up to when they aren’t watching TV.

The pair live in a modern house with their three poodles named Babs, Princess and Besty Boo.

The living room is a mesh of contemporary and vintage styles creating a stylish space for the two hairdressers to put their feet up in after a long day.

The TV star’s vintage inspired sofa is finished with lots of chic scatter cushions that add a pop of colour to the room.

The bedroom is simple and minimal and painted in a dark navy shade with the walls adorned with some more quirky artwork.

The couple are big art fans and their poodle Babs even has her own painted portrait.

The pair share a large garden which has hosted many parties since they moved in, most recently to celebrate Daniel’s birthday.

The couple love a tipple and often share their drink choices with followers, and the home has seen it’s fair share of corked champagne bottles.

After announcing their engagement in 2016, Daniel and Stephen married in 2018.

However, after a falling out the pair refused to be paired together on the sofa and Chris ended up leaving the show for good.

Following some confusion over signing up for a project away from Gogglebox, Chris felt Stephen had betrayed him after the opportunity fell through.

Things got so bad that Chris felt he couldn’t sign up for another series of the show if it meant having to sit next to Stephen.

Producers originally agreed they could both stay and feature on alternate weeks, however, unhappy with Chris’ new choice of partner they withdrew the offer and only Stephen returned.

Stephen initially brought in his hilarious mum Pat to join him on the sofa for two series before his husband, Daniel Lustig-Webb, took over in 2019 and became a regular fixture.