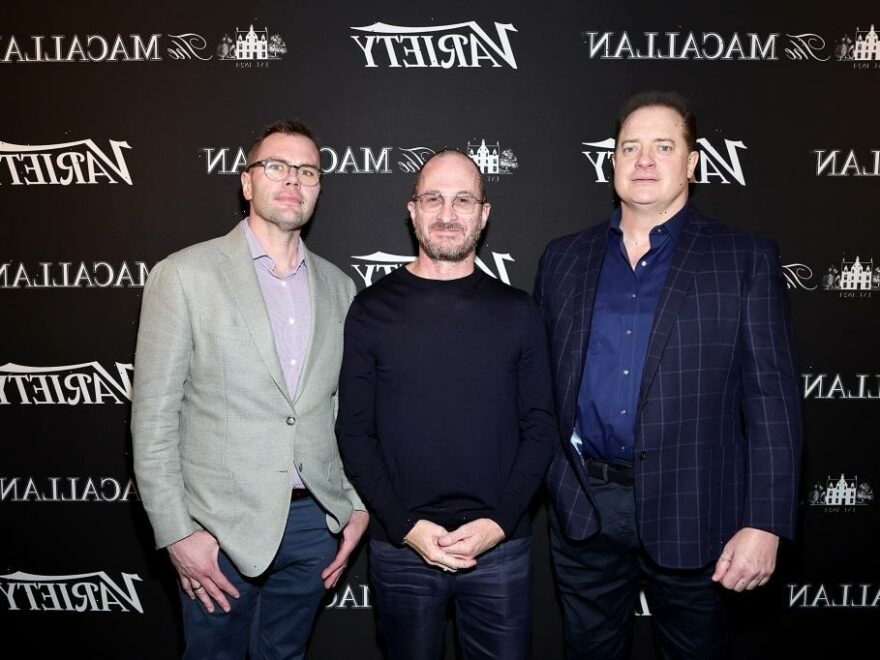 “Thirty years ago, I was looking for a job in the back pages of your magazine…It’s a singular thrill to be on the cover,” Brendan Fraser said in front of an intimate, yet powerful, room of media players at Variety‘s New York Party Wednesday night.

Standing alongside “the Whale” director Darren Aronofsky and screenwriter Samuel D. Hunter, the Oscar frontrunner made brief, yet touching, remarks at Variety’s annual party, which celebrates the best of New York’s entertainment industry in the annual New York issue. This year’s cover features Fraser and Aronofsky, who are making waves on the festival circuit for their A24 film, “The Whale,” particularly for Fraser’s performance.

When Aronofsky grabbed the mic, he praised the city that never sleeps. “I am a New Yorker. I was born and raised in Brooklyn. To be on the cover of Variety’s New York issue is a thrill.” The famed directed added, “I grew up, and Variety was the king of publications, since I started.”

Also honored at the event were Sony Pictures Classics presidents Michael Barker and Tom Bernard, who championed the theatrical business when they took the mic. “Movie theaters are not going away,” the execs said. “I always say stars are made on the screen; not the stream. Please support the movies!”

The movie business was certainly supported at the Wednesday evening cocktail party — along with the TV industry, broadcast media, social media, Broadway and beyond. The event was held in conjunction with official partner The Macallan and supporting partner Picticular.

“CBS Mornings” anchor Gayle King arrived midway through the party to support her co-anchor Tony Dokoupil, who was one of Variety’s honorees on the Power of New York List, and made the party date night with his wife, MSNBC star Katy Tur. King was certain to celebrate Dokoupil, along with their executive producer, Shawna Thomas, despite her early wake-up call for the morning show. (King noted that her alarm goes off at 3:24 a.m. every morning.)

Variety’s New York issue was started in 2016 by Setoodeh, along with Variety’s executive editor, Brent Lang. The 2022 magazine marked the biggest New York issue since it began.

“We knew that New York was the greatest city in the world,” Setoodeh said at the party. “And that the entertainment community in New York gets shit done.”