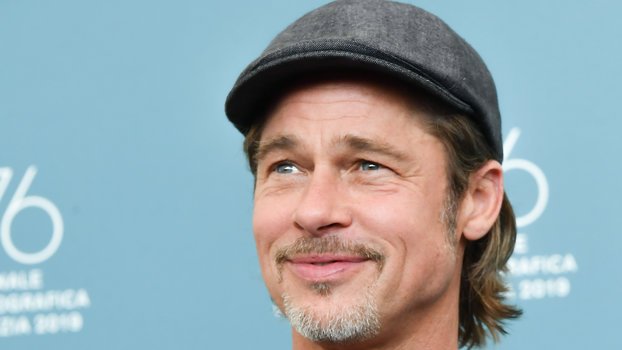 Brad Pitt appears to have a new tattoo, right next to the ink he got in honor of Angelina Jolie.

Pitt was photographed in a short sleeve shirt during an appearance at the Venice Film Festival on Wednesday, and it looks like he got a black ink tattoo on his right bicep of a tall thin man standing over his smaller shadow. It's unclear what the new ink means, but ET reported that fans speculated it might have something to do with his movie The Curious Case of Benjamin Button, which had a similar image on one of its posters.

The tattoo sits next to one that he got in honor of Angelina Jolie when they got married in 2014. That tattoo is part of a Rumi poem, reading, "There exists a field, beyond all notions of right and wrong. I will meet you there."

A few months before their divorce, Pitt and Jolie also got matching tattoos of Buddhist symbols using the same ink "to symbolically bind them as husband and wife."

Pitt is now in Venice to promote his upcoming movie, Ad Astra. During a press conference for the film, he told reporters that the movie deals with the modern concept of masculinity.

“We were asking the questions – is there a better definition [of masculinity] for us…a better relationship with loved ones, with your kids and with ourselves?” he said.

So uh, is it too much for us to get "Brad Pitt" tattooed on our biceps?