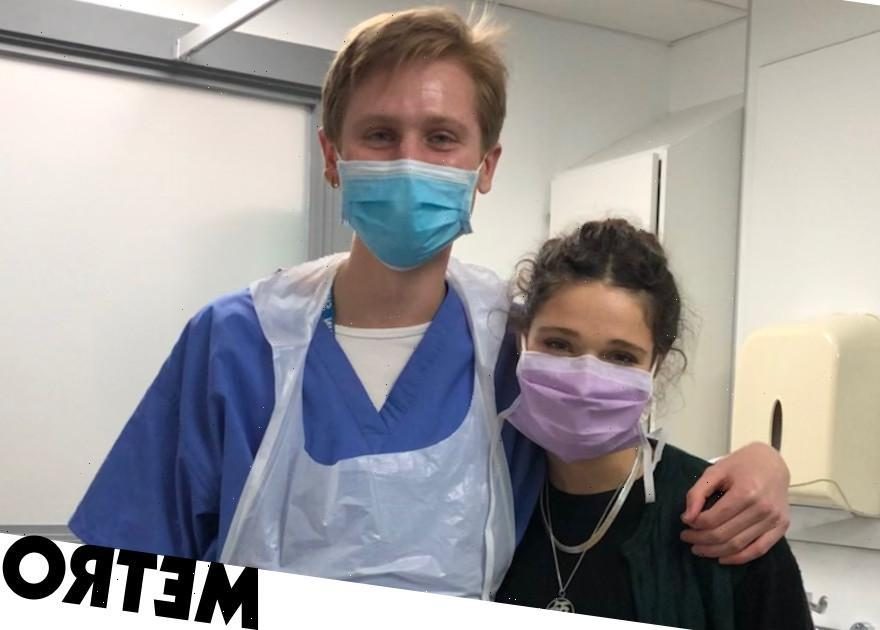 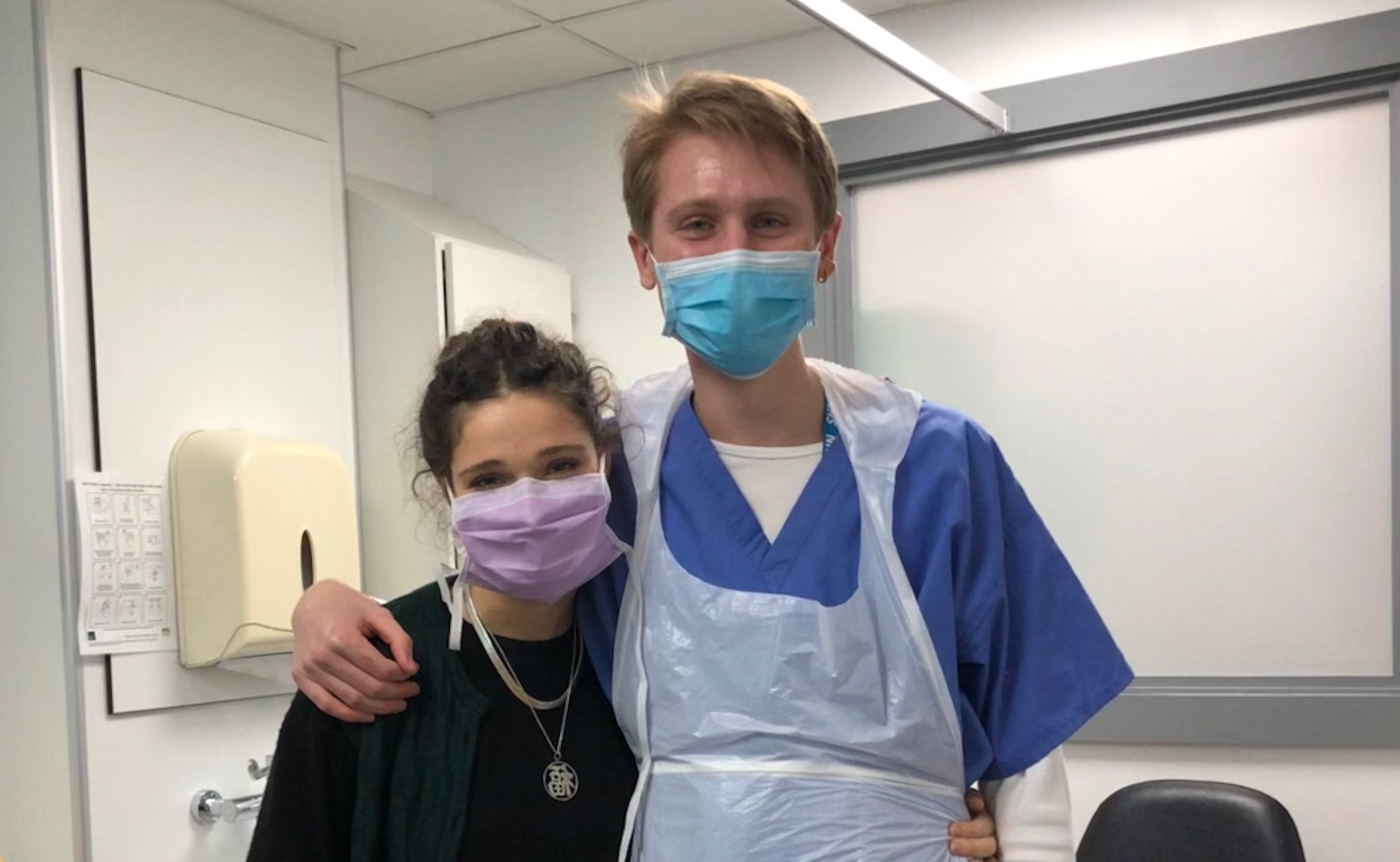 For a shaky moment I doubted anyone would let me vaccinate them.

My confidence collapsed after the first spritely octogenarian was ushered to my cubicle at Chelsea’s Violet Melchett Clinic in January.

On discovering that I was a student, and that my PPE undergraduate studies did not mean that I was an expert in ‘Personal Protective Equipment’ (I was instead squandering my tuition fees studying Politics, Philosophy and Economics), she decided to ‘wait for a real doctor’. I exchanged my jeans and t-shirt for full hospital scrubs the next day and was never jilted again.

Vaccinating has been the best job I have ever had, and I would recommend it to anyone. I got involved when the boss of my local NHS Covid-19 escalation ‘hub’ suggested that I attend the day-long training course.

I did not need much convincing. The previous year had been a miserable diet of zoom tutorials, long distance running and banana bread; vaccinating got me out of the house and made me feel like I was doing my best to shorten this annus horribilis.

I also thought about my grandma who had received her vaccine a few weeks before, and remembered the grandparents of my local friends who were still waiting for theirs.

Eight months later and I have now administered over 1,000 vaccinations in West London. The work is surprisingly fun – and feels a bit like a platonic speed dating marathon. I’m not entirely sure what ‘bedside manner’ means (and even less sure whether I have it) but I don’t think my small talk will ever be more fluent than after an eight hour day of vaccinating. I now consider myself an expert on seasonal weather patterns, traffic bottlenecks in West London and your grandmother’s weekend plans.

The reconstitution, ‘drawing up’ and actual jabbing only take a few seconds, but the huge amounts of other admin, which stretch it to a 15 minute ordeal, mean that by the time patients leave the clinic with their vaccination card, you know the person quite well. During the early months of vaccinating, these interactions were particularly special, since many had been shielding from human contact for more than a year.

This explains why the staffroom was consistently furnished with an incredible array of homemade cakes. Sometimes people would drop back into the medical centre a few days later bringing food and cheery cards.

These moments undoubtedly created a camaraderie between staff on the clinic floor – vast numbers of volunteers. London medical students balancing online lectures with weekend night shifts at overflowing Intensive Care Units. Mums donating their afternoons to usher patients through the labyrinthine linoleum corridors. Incredibly (over) qualified doctors, returning from retirement to respond to this crisis.

I know from experience, it’s impossible to cycle away from a clinic at 5pm if you know that it will result in the Clinical Lead vaccinating stragglers until 9pm for their seventh consecutive night.

Revising for my finals exams, I was frustrated to miss two months of vaccinating but I returned to the Violet Melchett with my fellow twenty-something housemates as their turn to be jabbed ticked round in July.

I was keen to visit my former colleagues and, before long, I was roped into staying to help out for six hours as another vaccinator had dropped out of their shift.

The differences I noticed on my first day back were significant. As vaccine invitations have been rolled out to younger people, the range of interactions has expanded. Fewer 95 year olds drawing parallels with the war effort. More 21 year olds asking you what time you clock off work tonight.

This demographic shift tends to make vaccinating slightly easier… less complicated medical histories and thicker deltoid muscles although I did appreciate the way that many of the older patients dressed up their ‘Sunday best’ for the occasion.

The administrative process has also been streamlined. Hand written slips with scrawled NHS numbers and incorrect birthdays have been replaced by pre-printed sticky labels.

The protocols for how to deal with left-over vaccines are more uniform. Gone are the days of sending out receptionists with a mobile and a rolodex of local GPs. Endless lines of local young people are no further than an automated NHS text away and the pavements outside the centres are no longer swarmed by lycra-clad punters trying to score a dose earlier than their grannies. (The doormen during the opening nights of the clinic would have been better off with riot shields than clipboards.)

But if you walk past today, you will probably find an orderly queue of students and young professionals on the hunt for a 21-day second dose, so they can fly to Cannes without isolating.

So overall, the clinic felt strangely calm, even though it was operating at a higher capacity than in the frantic early days of vaccinating.

I also noticed that the crew running clinics had evolved. Huge numbers of medical students have now trained to vaccinate, allowing the more senior staff to return to General Practice, research labs and operating theatres.

While this is long overdue for the millions who have been waiting for treatment, I do selfishly miss working with them. Being in the trenches with such impressive medical professionals and quizzing them on their academic research in the lulls between waves of mad vaccinating frenzy, is a privilege that no other generation of students will be able to enjoy.

So much has been written about the pandemic depriving young people of opportunities, that I feel it’s worth highlighting some positive experiences.

My friends have swabbed in testing centres, couriered Oxygen-saturation monitors across London, and tutored kids around the UK who have fallen behind in online schooling. These opportunities haven’t disappeared with ‘Freedom Day’.

In September, the booster vaccinations and flu-jab campaigns begin – and it isn’t too late to volunteer.