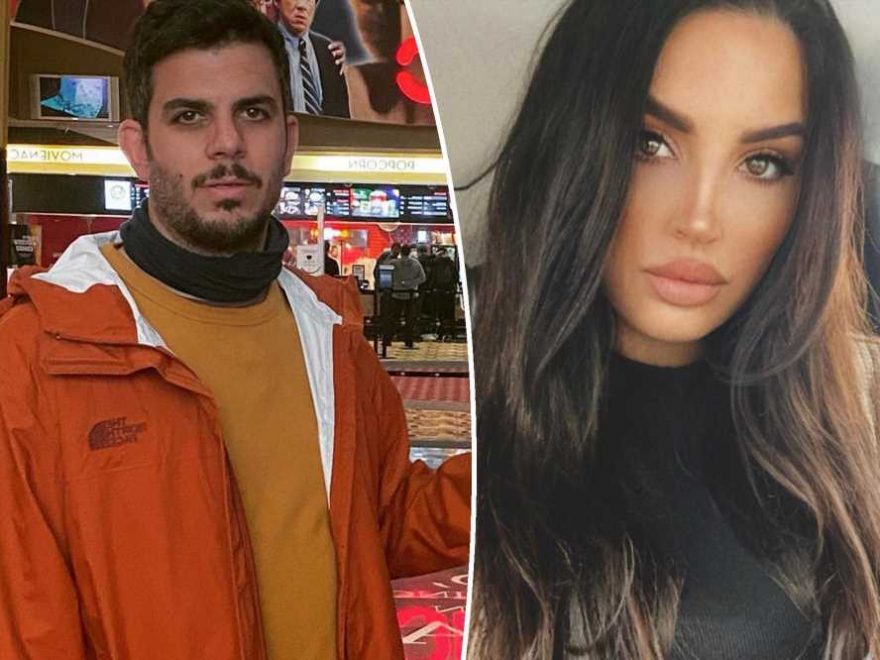 Jacqueline Laurita’s husband, Chris, is selling their belongings on Facebook

Things are getting messy between “The Real Housewives of New Jersey” star Jacqueline Laurita’s daughter Ashlee Holmes Malleo and her estranged husband, Pete.

“My husband is busy f–king some busted looking whore,” Ashlee replied to a fan comment on Instagram Sunday asking if she was planning on having another baby with Pete.

She then added, “but maybe one day.”

When another user shared she was sorry to hear the news, Ashlee commented, “Don’t be. I’m fine lol.”

Reached for comment by Page Six, Pete told us, “I’ve never cheated on Ashlee. We’ve been separated since August. All I did was friend request someone and liked some photos. I then asked that person to hang out.”

“I clarified that I’m single. We are going through a divorce and Ashlee’s attorney has been served back in early October.” 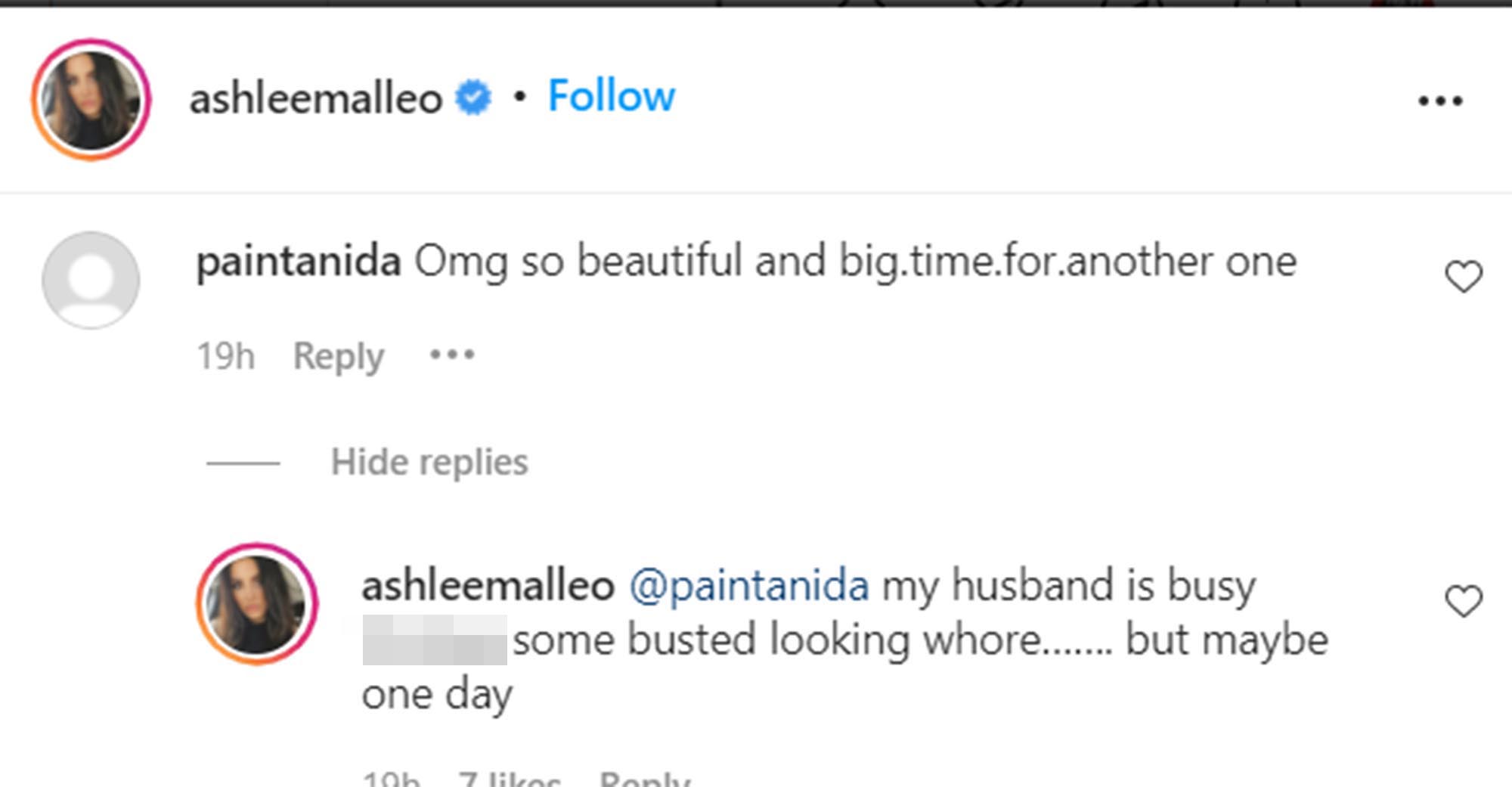 Ashlee seemingly confirmed this timeline on the Nov. 3 episode of “Your Mom Friends,” making reference to “my first Halloween as a single woman in literally years.”

Pete’s statement continued: “To say that I’m cheating is ridiculous. I’ve never in my life cheated on anyone. I’d like to think I’m a good person. I’ve explained to Ashlee numerous times I have no intentions of getting back together and that my only concern is that we continue to show unconditional love to our beautiful son.”

Ashlee and Pete tied the knot on Aug. 8, 2018, almost two years after they welcomed their son, Cameron Hendrix Malleo, now 5, on Aug. 31, 2016. But nearly two years after that, Ashlee announced in July 2020 that the couple had separated.

“Pete and I have been through so much together over the last ten years of our lives as not only best friends, but partners in navigating parenthood,” she wrote via Instagram at the time. “We will continue being loving, dedicated parents to our son Cameron, who we both love more than anything.” 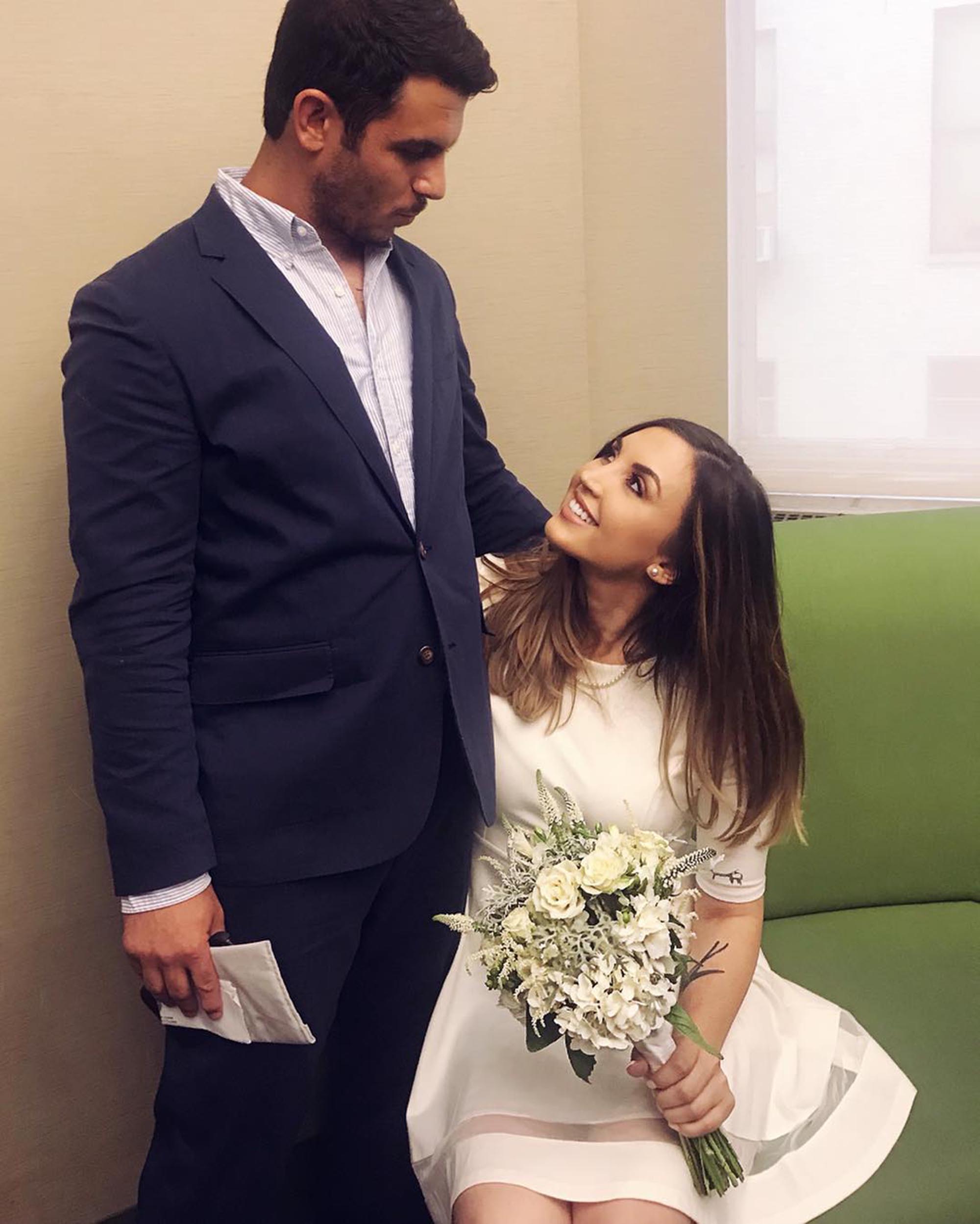 By February 2021, Ashlee revealed that the pair had reconciled and were attempting to “grow together.”

“We spent most of 2020 separated,” she wrote on Valentine’s Day. “It’s been complicated. We recently reached a point where we had a choice to either grow apart, or grow together.”

She added, “I’m grateful we made it here. I’m grateful for therapy. I’m grateful for us choosing to grow together instead of growing further apart. Cameron and I love you. We’re lucky you’re ours. Thank you for being such a great Dad, and for always making us laugh. Here’s to (hopefully) a lifetime of coming back to the table.”

Ashlee and Pete’s relationship played out on “RHONJ,” on which Laurita starred as an original cast member in 2009. She appeared as a friend of the cast in 2014 before returning as a full-time cast member for Season 7 in 2016 and eventually quitting the show before its eighth season.