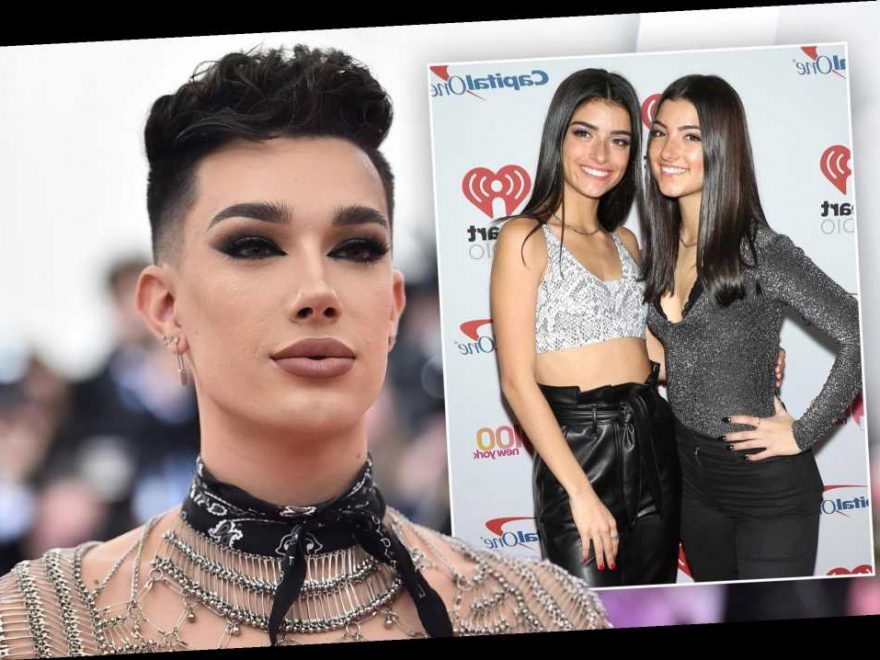 Charles, who was in attendance at the now viral “Dinner at the D’Amelios” video posted to YouTube, took to social media to defend the 16-year-old after she started hemorrhaging followers due to what some perceived as offensive remarks and an overall snotty attitude.

“This Charli situation is NOT sitting right with me,” he wrote on Twitter on Thursday. “100M followers in one year & y’all expect her to know how to be a perfect role model? Death threats because she’s a picky eater & made a joke about a milestone? 30+ year olds dragging someone half their age? Feels familiar”

Charles, 21, is a prominent makeup artist and vlogger with a significant following of his own. He has 23.8 million subscribers on YouTube, 29 million followers on TikTok and 7.2 million followers on Twitter. He was the first male ambassador for CoverGirl, but has come under fire for controversies of his own in the past for problematic comments about Ebola and Africa.

Both Charli — who boasts the platform’s largest following ever — and sister Dixie D’Amelio are facing fan backlash for their actions during the video with personal chef Aaron May. Dixie, 19, spat out and vomited food prepared by May while Charli asked for “dino nuggets.”

Charli was also criticized for sounding ungrateful for not hitting the 100 million follower threshold fast enough after gaining hundreds of thousands of followers each day leading up to the drama.

“Ugh, I just wish I had more time because imagine if I hit 100 mil one year after hitting a mil,” she said.

“95 million not enough for you?” Charles quipped back.

Charli had over 99.5 million followers as of Wednesday — but her count has dropped to 98.6 million as of Thursday afternoon. She has not issued a formal apology or statement for her behavior, but Dixie and their father Marc have both released half-hearted video explanations of the situation. .

“I’m so grateful for all of the opportunities I’ve had, so I would never in any way want to be taken as disrespectful, especially from an out-of-context 15-second clip,” Dixie says on TikTok. “I love Chef [May] and I would never disrespect him in any way and maybe don’t judge someone’s personality over a 15-second video.”

Reps for Charli declined The Post’s request for comment about the online controversy.