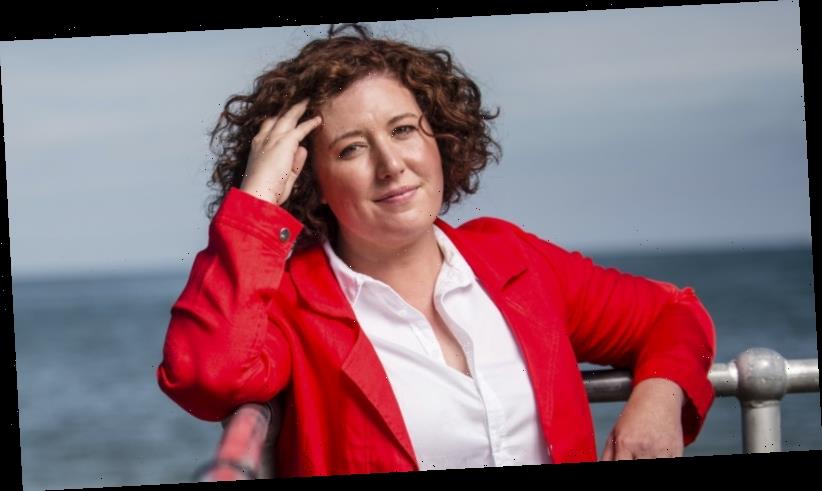 This time we're in one of those deserted-for-most-of-the-year beach communities in Tasmania with one main road and a restaurant called The Surf and Turf. Just in case you might miss it, there's a giant crayfish fashioned out of sun-bleached shells glued to the wall, and a sign saying "In here for fish from there" with an "uneven arrow" pointing to the ocean. 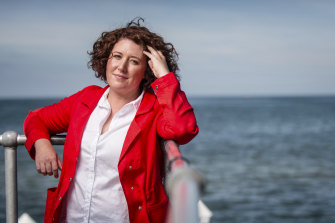 Jane Harper deftly unravels small-town secrets in her latest novel, which is set on the Tasmanian coast.Credit:Eugene Hyland

Once again, as in all her crime novels beginning with The Dry, Australian crime writer Jane Harper creates an impressive landscape that serves to illustrate how the experience of place inevitably shapes the lives of those who live there. While Evelyn Bay might once have depended on fishing and forestry, it now limps along supported by seasonal whale-watching and deep-sea diving tours to investigate the innumerable wrecks offshore.

Evelyn Bay is the kind of small town most young people can't wait to leave as soon as they can. Like Kieran, who now lives in Sydney but has returned home with his partner Mia and baby Audrey to help his mother pack up the family home. His father has disappeared into the "void" of early onset dementia, and his mother is only just coping with his increasingly erratic behaviour.

Coming home was never going to be easy. But Kieran is also lugging a swag of grief for a tragedy 12 years earlier during a fatal storm that resulted in the death of two young men at sea. One of them was Kieran's elder brother, Finn, the other a young father whose still-furious son now works at The Surf and Turf. This was also the night when a young women, Gabby Birch, went missing, and the mystery of her disappearance has never been solved. 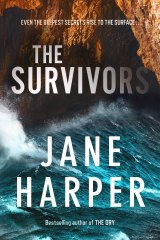 Harper establishes the situation fast. Kieran's only been home one night when another young woman, Bronte, who again works at The Surf and Turf, is found dead on the beach at the end of her shift. But then the pace slows, as Harper lets the ripples of effect wash over all the survivors of that storm in the past as they circle each other in a reunion that is now overshadowed by a death in the present.

While the police conduct their investigation in the background, the focus is always on Kieran as he comes to realise that he has been so consumed by his own guilt and grief, that he has missed the bigger picture. Like all small towns, Evelyn Bay has more than its share of intrigue now rehearsed on its social media network.

Harper deftly unravels these small-town secrets, where it's the little things that matter. Kieran's old friend and rival, Ash, now runs a landscaping business and is devastated by the destruction of his grandmother's carefully tended garden by a recent blow-in, the thriller writer G.R. Barlin. This character gives Harper some playful opportunities to comment on the experience of being a writer.

Barlin writes the kinds of books that people buy at airports, stay "glued to" at the pool and then leave in their hotel room "to save on luggage weight". Far from being dismayed by this, Barlin appears unruffled given he has made a great deal of money at his craft and approaches it in a workmanlike way. As he tells Kieran, "Writers' block is for amateurs … I do this for a living."

He is, however, the perceptive outsider who knows that for a community such as Evelyn Bay to survive, the people need to be "close-knit" and that "once that trust is broken, they're stuffed". It's not just the loss of the traditional industries that threatens small communities, but the tensions that pull people apart.

As always in her books, Harper embraces the mythic. Visible from the whale lookout are three iron statues facing the sea, a memorial commissioned as a tribute to the 54 passengers and crew who lost their lives in a shipwreck nearly a century ago. Known as The Survivors, they are never totally submerged. For Kieran, his family, and Evelyn Bay, it is all about survival.

Despite the obvious symbolism, The Survivors is a subtle, quiet book about guilt, grief and growing up. You may find it hard to leave it behind.