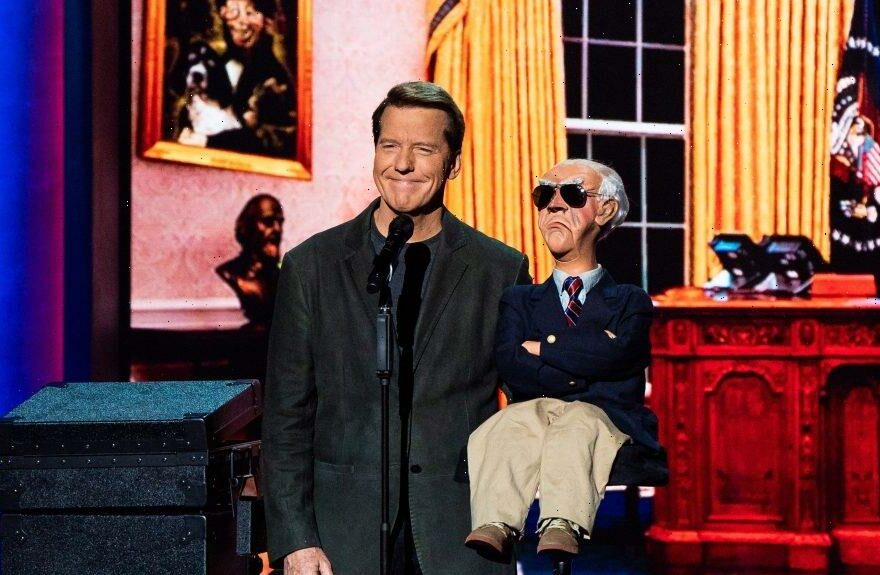 Comedian Jeff Dunham is returning to Comedy Central with a new one-hour special set to air during Thanksgving weekend later this month. The standup and his characters are behind “Jeff Dunham: Me the People,” which will premiere Friday, November 25th at 8 p.m. ET on the cabler.

“Me the People,” which reps Dunham’s 11th stand-up special, was shot at the Warner Theatre in Washington, D.C. According to Comedy Central, the special features a new character (“Url” – as seen in press photos wearing a beanie and air pods) in addition to his well-known puppets like Walter — looking like President Joe Biden in the photo above. “Dunham tackles how much time we dedicate to our devices, the ridiculous things we spend money on, and cancel culture in comedy,” according to the logline.

Judi Marmel, Stu Schreiberg and John Bravakis are exec producers for the special, while Ryan Moran is the executive producer for Paramount Media Networks & MTV Entertainment Studios. Harold Berón III as executive in charge of production.

Dunham’s autobiography “All By My Selves: Walter, Peanut, Achmed, and Me” landed on the New York Times’ Best Seller list; his credits also include an animated film for CMT, host of Food Network’s “Halloween Baking Championship,” an appearance in Jay Roach’s, “Dinner for Schmucks,” and as a contestant on Fox’s “The Masked Singer.”