The unemployment rate has fallen to a fresh 48-year low of 3.4 per cent but there may be early signs of weakness in the jobs market.

The Australian Bureau of Statistics on Thursday said the jobless rate dropped by 0.1 percentage point in July. 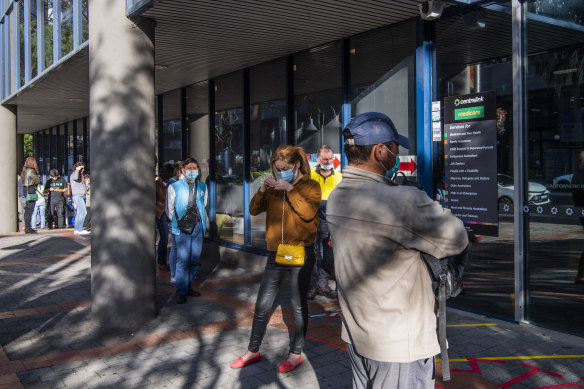 But the number of people in work also dropped. Full-time employment fell by 86,900, only partially offset by a 46,000 increase in the number of part-time workers.

The overall jobless rate was lower largely because the participation rate – which tracks the number of people in work or looking for it – was down by 0.3 percentage points.

The ABS’ head of labour statistics, Bjorn Jarvis, said the 41,000 drop in employment was the first fall since October 2021.

He said despite the fall, there are still fewer unemployed people than job vacancies, which were at 480,000 in May.

“The fall in unemployment in July reflects an increasingly tight labour market, including high job vacancies and ongoing labour shortages, resulting in the lowest unemployment rate since August 1974,” he said.

At the state level, Victoria’s jobless rate fell to a new record low of 3.1 per cent, a 0.1 percentage point decline since June. It now has the lowest jobless rate in the country. But this was due to a sharp fall in the participation rate. The actual number of people in work across Victoria slipped by 0.5 per cent.

The jobless rate was steady in NSW at 3.3 per cent but, like Victoria, there was a fall in the total number of people in work.

Separate ABS figures released on Thursday on the average wage suggest the tight jobs market is yet to translate into fatter pay packets.

Average adult full-time ordinary time earnings increased by 1.9 per cent in the 12 months to the end of May to $1770 a week.

This was up on the 1.4 per cent rise in the year to May last year but down on the 2.1 per cent step-up in the year to the end of November. It is also well short of the 2.6 per cent annual increase in the wage price index that the bureau reported on Wednesday.

Jarvis said the modest increase in wages might be due to the way the jobs market was changing.

“Over the past six months, there has been increasing employment, including full-time employment, in some lower-paying industries, such as accommodation and food services, placing some downward influence on changes in average earnings,” he said.

“May also follows a period of reasonably strong growth in employment for women and for younger workers, who have tended to have lower average full-time earnings.”

The best full-time incomes were for mining workers at $2701 a week while the lowest were for people in accommodation and food services at $1220.