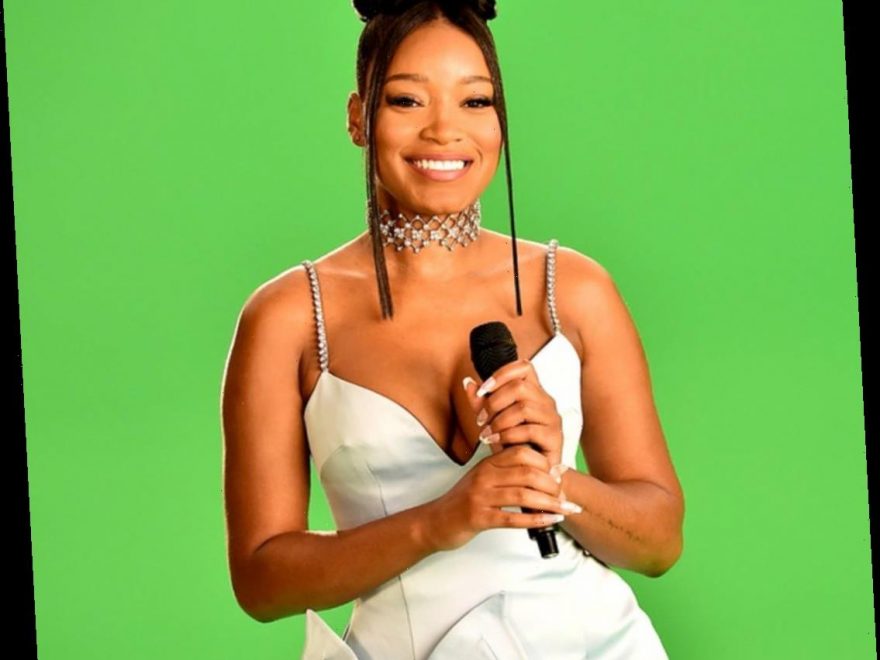 That's show business! Keke Palmer had no small feat on Sunday, Aug. 30, when she hosted the 2020 Music Video Awards. Find out how she and the network "pulled off" the unforgettable show.

Because the show must go on!

Keke Palmer had no small feat on Sunday, Aug. 30, when she hosted the 2020 Music Video Awards. Due to the ongoing coronavirus pandemic, this year's star-studded ceremony took a different approach.

In early August, the network announced the show would no longer take place at Barclays Center in Brooklyn as originally planned. Instead, the entire event would be done virtually with a handful of celebrities pre-recording their performances at various outdoor spaces throughout New York City.

"Last night I hosted the VMA's! Yes the one with the dystopian world theme. Oh wait, that's reality, no theme necessary! Haha…," the Hustlers alum began her post on Instagram.

"You guys, I have no idea how any of this was pulled off," she continued. "I‘m sure you all know how hard it is to work during a pandemic, the amount of hoops we had to keep jumping through translates into taking over 20 COVID tests every other day and intensive quarantine for myself and my whole team."

Keke went on to explain that while she and MTV hoped to approach the ceremony like years prior, they didn't want to take any chances.

"There were so many amazing acts that we were excited to see win and have preform [sic] but COVID regulations made some things impossible. Understandably so, safety comes first," she said. "I'm still so excited for all the winners and performers and proud of @MTV for caring about the music and still putting on this show!"

"I know it's just entertainment and that can't solve our problems, but when things are especially bleak, I feel sometimes that's what you need the most!"

As Keke described, "It's my favorite part of what I do, the opportunity to provide relief/joy."

In closing, the 27-year-old star praised the crew and network for still making the 2020 MTV VMAs one unforgettable show.

"Again, huge thank you to my team for seeing this through!! I couldn't have gotten through this new system without you @bigbillyclark! Same goes for you @austagram! The state wouldn't have let me do anything if anyone even on my team was slightly under the weather. We saw it happening lol so I thank them all for staying on point and appreciate NYC for letting us show out. Until next time kids," she concluded.

If you missed the show last night, E! News has you covered. Read about Keke's fabulous fashion moments during the ceremony, find out who went home a winner and the special tribute dedicated to Chadwick Boseman following his death.