Reese Witherspoon on Britney Spears, how media treated their divorces

Kevin Federline did not conspire with ex-wife Britney Spears’ management team or her father, Jamie Spears, to trap the pop star in a 13-year conservatorship, his attorney asserted exclusively to Page Six.

“Kevin was not involved in the conservatorship, and he was not an agent of the conservator or anybody on that side of the probate case,” powerhouse lawyer Mark Vincent Kaplan told us. “All along, Kevin has had one goal and that was to make it more likely, as soon as reasonable, that he and Britney could have a successful co-parenting relationship regarding the kids.”

He added, “Things he did, he did because he thought he had to do that for the sake of the health and well-being of the kids. Kevin has never threatened anything in that regard.”

Over the weekend, a leaked transcript featuring an interview with Britney’s former manager Larry Rudolph surfaced on the superfan account @Meaner03.

According to the documents, Rudolph, 57, described Federline, 43, as a “necessary party” in the 2008 intervention of Britney, 39, after her public breakdown.

“Kevin was brought on that call because he was going to be involved in the planning — I’m sorry, the execution, I should say, of that intervention,” Rudolph said at the time, per the leaked documents. “He was a necessary party. There were no legal issues discussed. There were no — nothing to that — nothing in that order. Only discussion about the execution of the intervention.”

He added, “Kevin had already, through his attorney, come forward and said, ‘I’m putting my foot down. Unless she goes to rehab … if she doesn’t get help, I’m taking those kids away.’”

Kaplan, however, insisted to Page Six, “Kevin has never used his children as pawns for anything. Kevin has always acted, putting the kids first.” 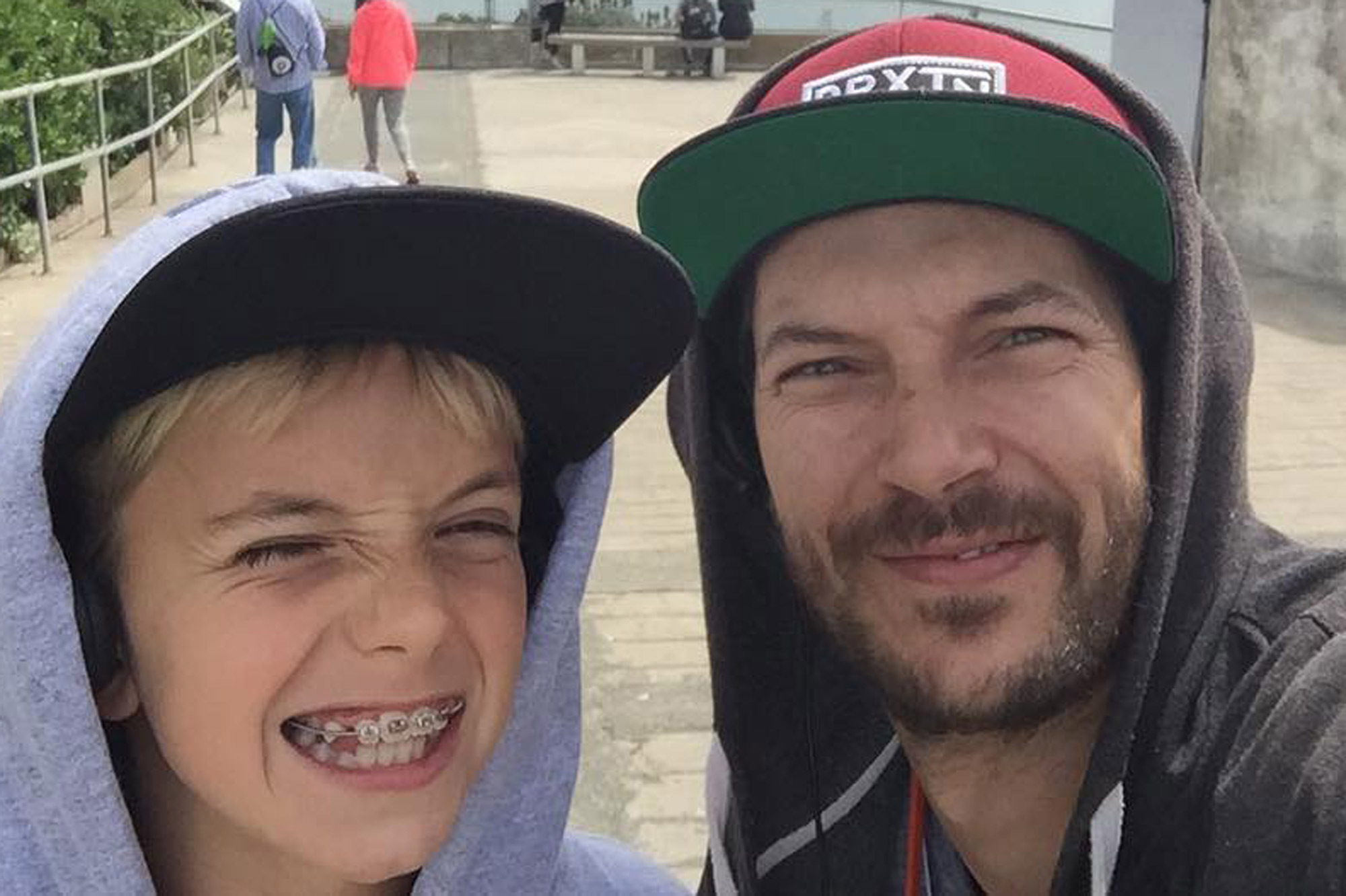 In January 2008, after Britney locked herself in her bathroom with the former couple’s two young sons, Sean Preston and Jayden James, Federline filed for sole custody. His attorney now says his client had made that decision solely for the benefit of the kids.

“Kevin went forward with the sole custody request because he didn’t feel the children were safe,” Kaplan explained. “When somebody has children in a custody order and they lock themselves in a room and then not give them back if the police come, I mean, the other parent has to do everything they can to protect the kids. Think about how traumatic that would be for kids.”

He added, “All I recall was when she wouldn’t release the children, after Kevin showed up at the house, she locked herself in the bathroom with the boys.”

Kaplan shared that the evening prior to Britney’s meltdown, he had just taken her deposition in her and Federline’s family law case.

“We had some grave concerns, which were widely reported,” he said. “Because she withheld them, intentionally, without the authority to do so, in violation of court orders.”

Kaplan added, “I don’t recall the intervention. This was 13 years ago. The decision for the conservatorship was made by Britney’s father and whoever else he was working with after she had that meltdown at the house where there was that 5150 [psychiatric] hold.”

In October 2008, Judge Reva Goetz ruled that the conservatorship would be made permanent with Jamie, now 68, serving as conservator of the person and estate. Attorney Andrew Wallet was assigned to be co-conservator of the estate to help Britney’s dad manage all of her financial affairs.

For the first time in 13 years, Britney may soon file a petition to terminate the conservatorship following allegations of “abuse” by her conservators in a recent bombshell hearing.

When asked whether ending the conservatorship will have any effect on Britney and Federline’s current custodial agreement, Kaplan noted that any custody order in California is “always modifiable, based on the best interest of the child,” but he reiterated that his team would need more information pertaining to some of the medical care she allegedly received while under the conservatorship.

“Would the fact alone at the conservatorship being terminated in and of itself make Kevin agree to change the existing custody order? No,” he said. “Kevin needs to be able to have some information to inform his judgment on what that order should be.” 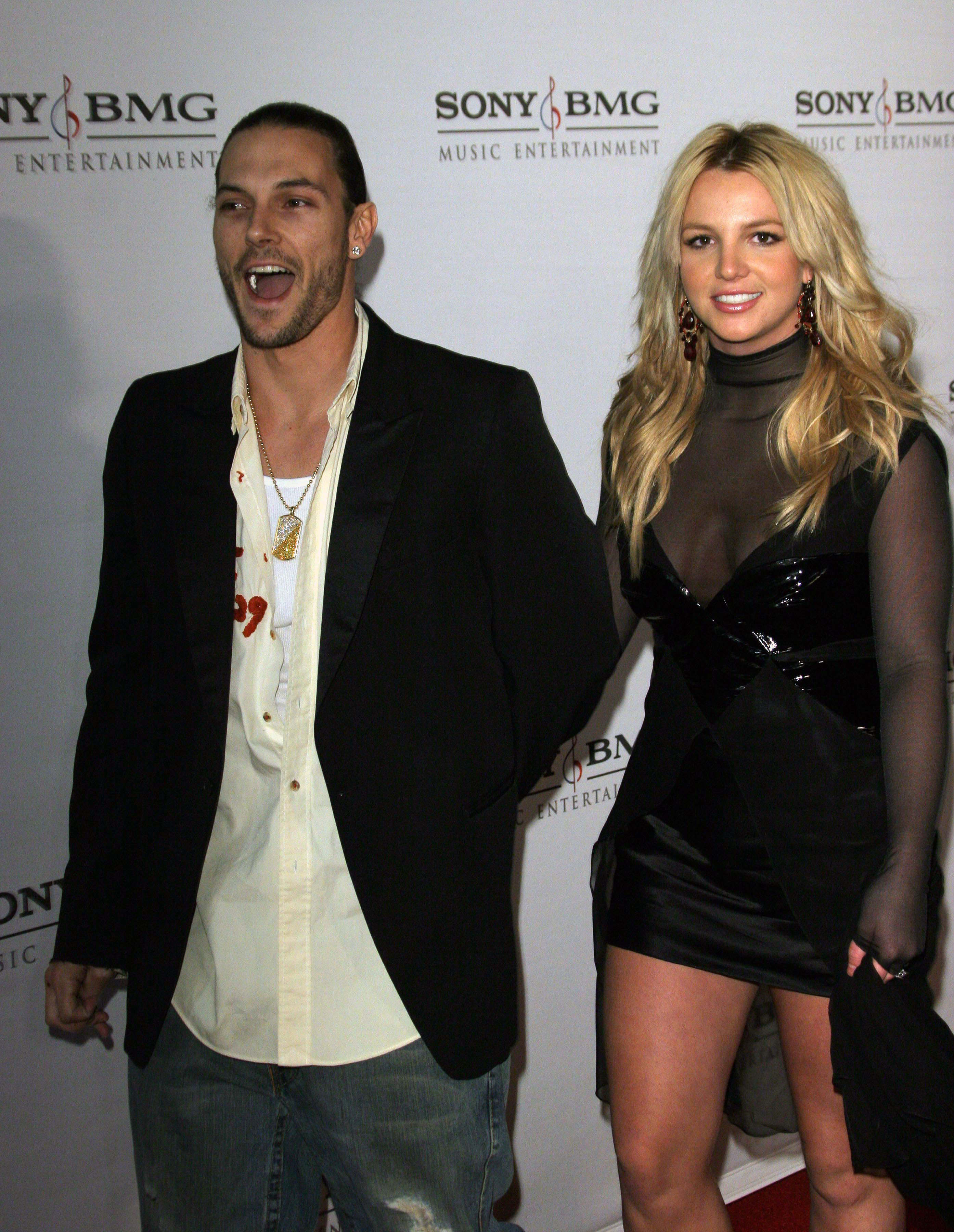 The longtime lawyer, whose career spans over 44 years, once again pointed to Britney’s claim in court that she had been put on lithium “out of nowhere” as a point of interest.

“Lithium is regarded as a very powerful psychotropic medication that isn’t cavalierly — I would hope — prescribed by a medical professional out of convenience,” he said, “so there has to be some reason for that, and we’d want to know — whatever that reason was — that that reason or condition wasn’t still impacting Britney’s judgment at the time the conservatorship, if ever, is terminated.”

Currently, Federline and Britney have a 70-30 custody agreement in the DJ’s favor, which Kaplan says “at a minimum Kevin has 70 [percent] and probably more.”

“There’s a lot of information that we don’t have, and until we have it, there’s not going to be any change of custody because the kids are doing very well with Kevin,” he added. “They see their mom, and the termination of the conservatorship in and of itself, in my view, would not be a change of circumstances warranting to change custody.

“The kids are now 14 and 15,” Kaplan said. “They’re growing up to be very dynamic young men, and the kids love their mother. As Kevin [does], they wish for her to be happy and healthy.”

It’s rumored that Britney’s attorneys are imminently set to file a formal petition to end the conservatorship. If any of the conservators contest it, the case could go to trial.

Kaplan told Page Six that Federline likely wouldn’t become involved because he “wouldn’t be someone that could offer evidence on whether it should be terminated or not” since the exes have not interacted much in recent years.

“He’s done a pretty fair job of staying away from the conservatorship and letting that side — the probate side — of that case deal with their own issues,” the attorney said. “He really doesn’t have any desire to be involved in whatever proceedings.”

Spears and Federline got engaged in June 2004 after two months of dating. They were married from October 2004 to July 2007.