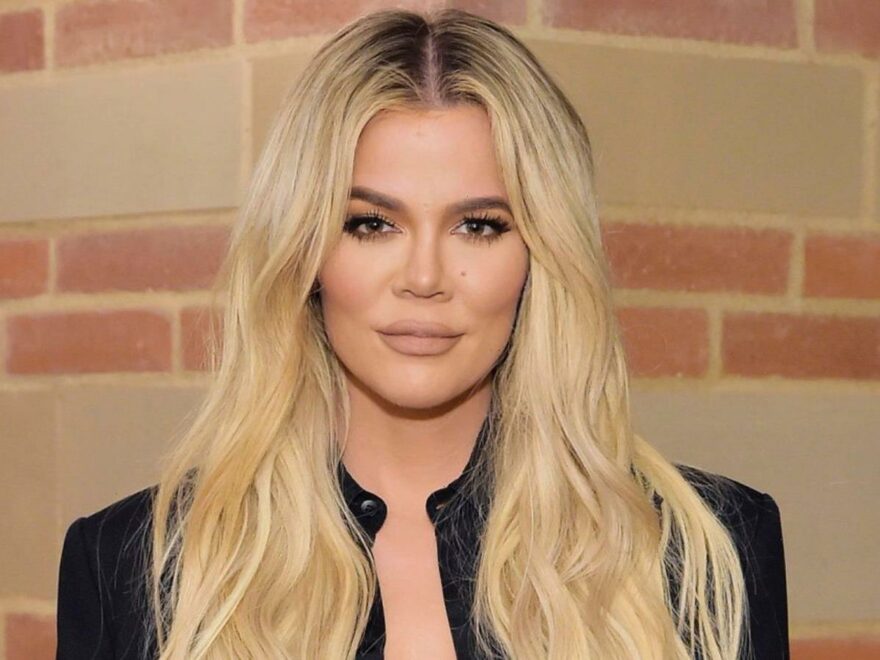 American media personality and socialite, Khloe Kardashian was seen wearing Yeezy sneakers after Kanye West was dropped from Adidas due to his anti-semitic comments. The Kardashians on Hulu star, 38, stepped out for ice cream in Calabasas with her daughter True, 4, on Wednesday, Oct. 26. She was seen in a light gray 350 Boost model with a neon pink accent after also posting a message of support for the Jewish community in light of on-going controversy surrounding her former brother-in-law.

Khloé Kardashian took a stand against anti-Semitism after Kanye West, the ex-husband of her sister Kim Kardashian, made numerous hateful comments about Jewish people this month.

“I support my Jewish friends and the Jewish people,” Kardashian, 38, shared in a statement to Twitter Monday along with two blue heart emojis. She also posted the same message to her Instagram Story, per Page Six.

Kim — with whom Ye shares children North, Saint, Chicago and Psalm — shared her own statement on Instagram as well, writing, “hate speech is never OK or excusable.”

She added, “I stand together with the Jewish community and call on the terrible violence and hateful rhetoric towards them to come to an immediate end.”

RELATED: Khloe Kardashian Reportedly Has To Undergo An Operation To Remove A Tumor From Her Face

Kendall Jenner and Kylie Jenner as well as momager Kris Jenner shared the same message of solidarity as Khloé on their Instagram Stories hours later.

The “Heartless” rapper, 45, has been criticized for continuously defending his hateful remarks about Jewish people, including the anti-Semitic trope that they control the media and other industries.

The hate came to a head over the weekend when a group of people hung a sign that read “Kanye is right about the Jews” on a highway overpass in Los Angeles.

Pressure has also been put on Adidas to end its partnership with the controversial designer after he bragged to Piers Morgan, “I can literally say anti-Semitic things and Adidas can’t drop me.”

Adidas put its partnership with West “under review” after he debuted “White Lives Matter” T-shirts at Paris Fashion Week earlier this month, but the company has yet to publicly comment on his anti-Semitic jabs.

West reportedly hired Johnny Depp’s attorney to represent him as his brand partnerships and business deals dwindle as a result of his controversial actions.

The Yeezy founder was also banned from Twitter at the start of October after tweeting that he wanted to go “death con 3” on Jews. He had previously been kicked off Instagram for sharing similar anti-Semitic posts.

Adidas was the last major brand to take action in light of the Chicago born rapper’s offensive messages, which were shared to both Twitter and Instagram. The posts resulted in him being suspended from Twitter and restricted via Instagram, which is owned by Facebook’s parent company Meta. In a statement on Tuesday, Oct. 25, German-based Adidas made their stance clear on Kanye as they severed the nine-year working relationship.

“Adidas does not tolerate antisemitism and any other sort of hate speech. Ye’s recent comments and actions have been unacceptable, hateful and dangerous and they violate the company’s values of diversity and inclusion, mutual respect and fairness,” they said in a statement, confirming they are “terminating” the relationship “immediately.” The global company also shared that there would be “short term” financial impact of $250 million euros, according to Hollywood Life

“Adidas is the sole owner of all design rights to existing products as well as previous and new colorways under the partnership. More information will be given as part of the company’s upcoming Q3 earnings announcement on November 9, 2022,” they also said.

On October 24, Khloe joined her sisters and many around the world with a public message of support for the Jewish community. “I support my Jewish friends and the Jewish people,” she wrote in blue text over a black background via Instagram story.

Beyond Adidas, luxury fashion label Balenciaga, San Francisco-based Gap and Vogue magazine all cut working relationships with Kanye — as well as his agency CAA. It appears the “Highlights” rapper is vying for some new deals, however, as he showed up unannounced to the California-based headquarters for Skechers — which is a Jewish owned business. Per reports, Kanye was asked to leave the premises as he had no scheduled meeting.