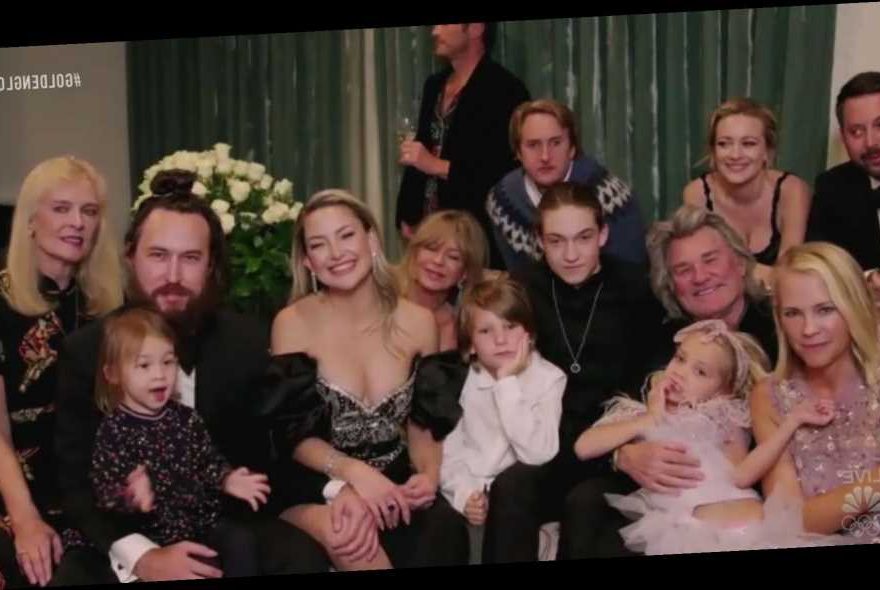 Hudson was joined by her big family, including Goldie Hawn and Kurt Russell, partner Danny Fujikawa and children Ryder, Bingham and Rani Rose. Kidman and Urban’s daughters, Sunday and Faith, made a rare appearance alongside their parents. Dressed in pajamas, Foster accepted her award for best supporting actress in a motion picture for her role in The Mauritanian alongside her wife, Hedison, and their dog, Ziggy.

Mark Ruffalo and His Family Wife Sunrise Coigney and two of Ruffalo’s three kids were there to congratulate dad after he won the award for best actor in a miniseries or television film for his dual role in the HBO miniseries I Know This Much Is True.

Lee Isaac Chung and His Daughter The Minari director had the sweetest cheering section of the night: his daughter, who hugged him and squealed, “I prayed! I prayed!” after her dad won the award for best motion picture — foreign language. Cohen scooped up two awards for Borat Subsequent Moviefilm and had his very proud wife, actress Fisher, by his side. Who says cats and dogs don’t get along? Paulson’s pup got a peek at Corrin’s feline during the live broadcast. The Hamilton and One Night in Miami actor sat with his pregnant wife, Nicolette Robinson, during the broadcast. Spiewak joined his husband, Parsons, who was nominated for best supporting actor in a series, miniseries or television film for his role in Hollywood. The Schitt’s Creek actress (and first-time Golden Globe winner!) was joined by her husband, Welch, who pretended to play his wife off as her speech went on.

Jason Bateman and His Daughters Bateman was joined by his lookalike daughters, Francesca and Maple.

Andra Day and Her Family Andra Day had her family around her when she won her first Golden Globe, taking home the prize for best actress in a motion picture, drama for her portrayal of Billie Holiday in The United States vs. Billie Holiday.