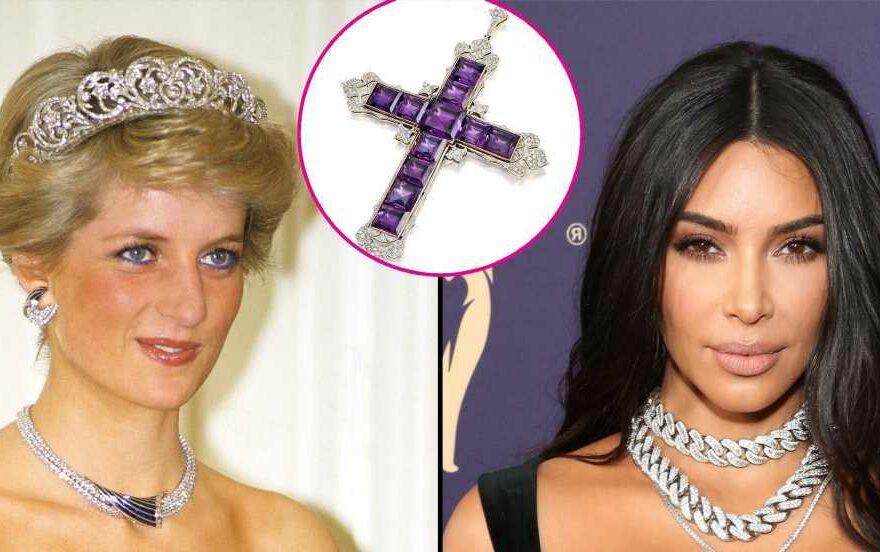 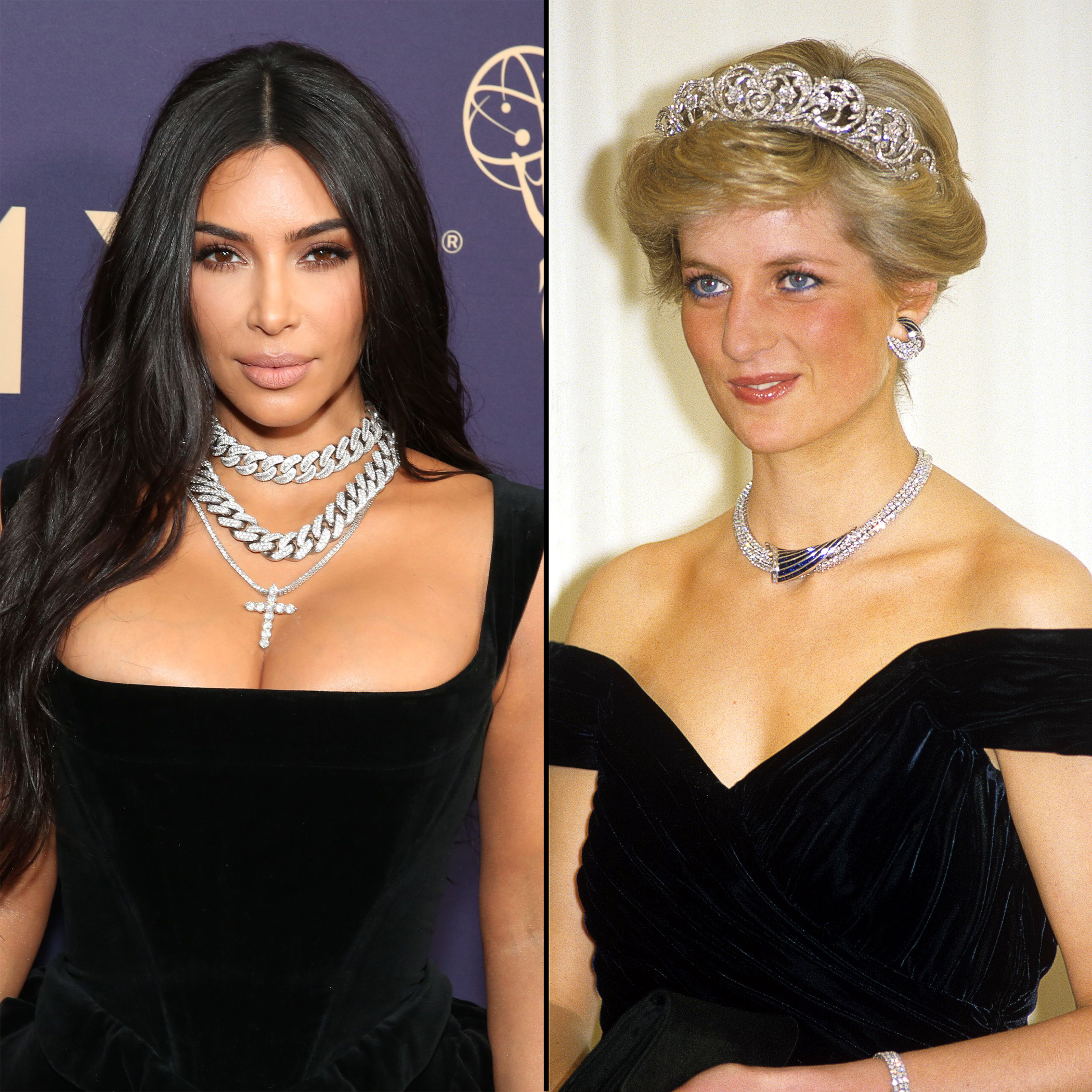 Kardashian, 42, scored the piece via Sotheby’s auction Royal and Noble sale, which opened earlier this month. The stunning piece was valued at around $98,668 to $148,002. According to TMZ, which was first to report the news, Kardashian attained the pendant for $200,000.

The gorgeous jewel, which features a Fleurée cross set with square-cut amethysts and circular-cut diamonds, was created in the 1920s by court jeweler Garrard. The sparkler was purchased by Naim Attallah and lent to Diana in 1987. The Princess of Wales wore the gem to an event in support of Birthright, a charity that strives to protect human rights during pregnancy and childbirth. She paired the piece with an eye-catching black and purple Catherine Walker & Co. gown. The look is perhaps one of Diana’s most talked about ensembles to date. 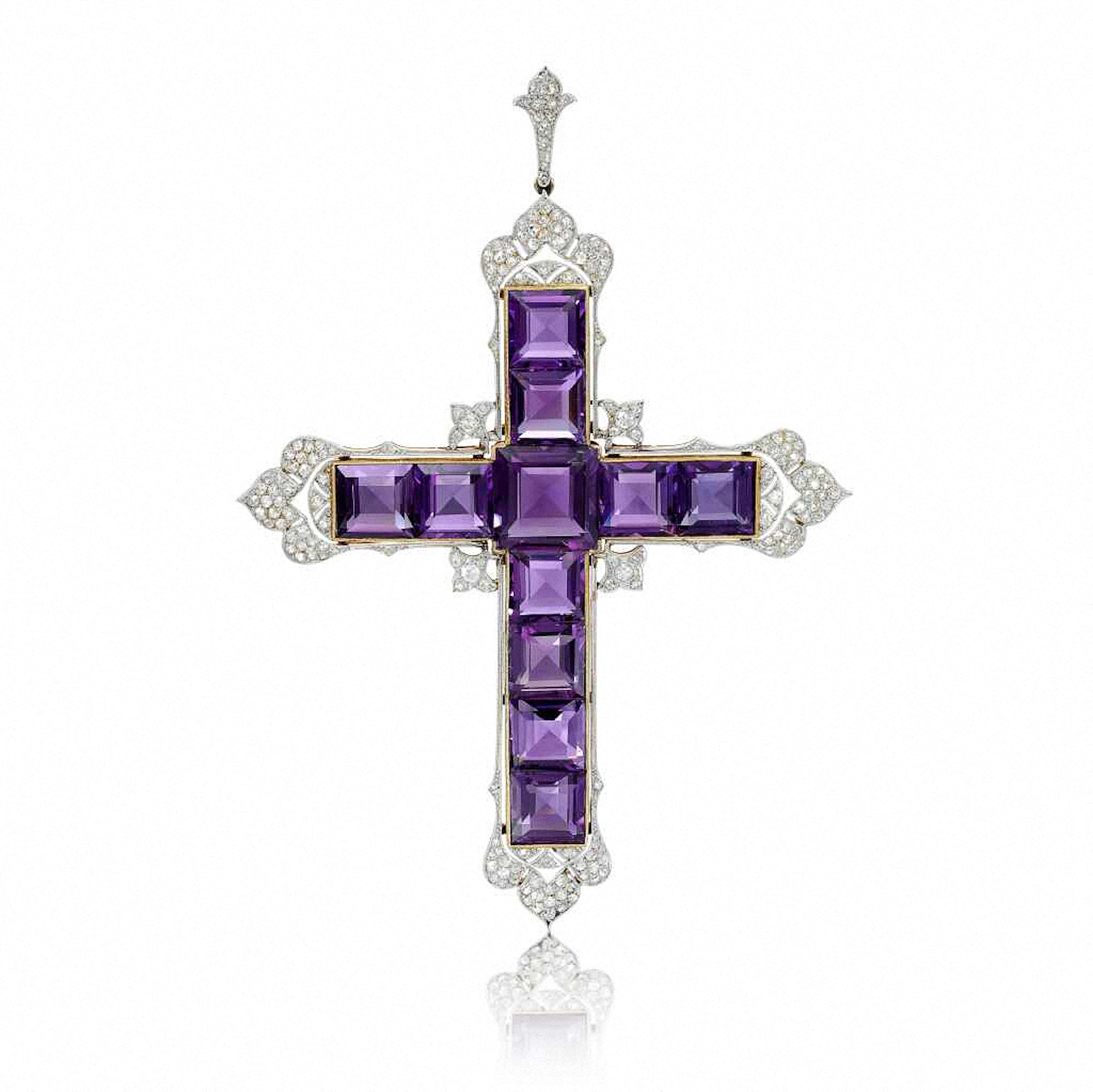 According to Sotheby’s, the necklace was one of Diana’s “favorite” pieces. “Through Attallah’s friendship with Princess Diana, he loaned it to her several times over a number years,” Sotheby’s wrote via Instagram on Saturday, January 14. “It is understood that the cross was only ever worn by the Princess and following her death, it was never seen in public again until now.” (Diana died at age 36 in a car crash in Paris in 1997.)

Princess Diana Through the Years

The luxury marketplace added: “The pendant is a highlight of the Royal & Noble sale, which is open for bidding online until 18 January. The exhibition is open to the public at our New Bond Street galleries in London until 18 January.”

This wouldn’t be the first time Kardashian has secured a highly-coveted item. In 2017, she obtained Jackie Kennedy’s legendary Cartier watch through Christie’s for $379,500, TMZ reported at the time. The timepiece was a gift from Kennedy’s brother-in-law Prince Stanislaw “Stas” Radziwill. In 2021, Kardashian won the custom-made top and pants Janet Jackson wore in her 1993 “If” video.

Julien’s Auctions confirmed the sale via Twitter. “SOLD for $25,0000!” the social media post read. “A custom-made top with a pair of black pants, both worn by Janet Jackson in her 1993 award-winning ‘If’ music video. Sold in our ‘Iconic Treasures from the Legendary Career and Life of Janet’ auction.”

Kardashian has not spoken publicly about her bids.