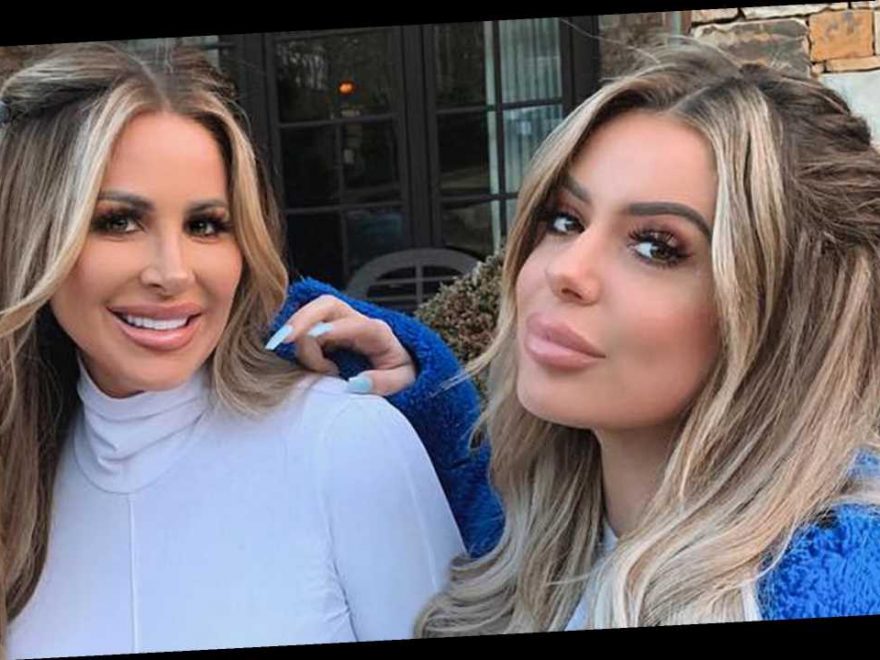 Kim Zolciak Biermann and Brielle Biermann are taking full advantage of Atlanta’s re-opening, admitting they’ve already been to see their doctor for injectables.

“My doctor had a baby … right before the quarantine happened she had this new baby so Brielle and I were both were her first [patients],” the “Don’t Be Tardy” star, 41, said on Sunday Night’s episode of “Watch What Happens Live with Andy Cohen.”

“She did my Botox and touched up my lips a little bit,” Zolciak said. “I get migraines from like just in general, so the Botox actually really helps me in the back of my neck … and [my forehead]. I mean, I am getting old. I’ll be 42 on Tuesday.”

She then clarified that Brielle, 23, just got her lips outlined with filler and did not receive any Botox injections. It is unclear if Zolciak’s 18-year-old daughter Arianna Biermann got her lips done, as she previously expressed an interest in following in her mother’s and sister’s footsteps.

She also revealed that her husband, ex-NFL player Kroy Biermann, has the skills to open up a salon of his own.

“Kroy’s been coloring my hair,” she said. “He bought a nail drill and acrylic to do my nails and the girls because I’ve had nails on since I was 15. Kroy’s colored my hair for years because my hairdresser is in Arizona. I go like every three months or she’ll come here, but in between … I mean I’m 100 percent gray, so every three weeks he colors my roots.”