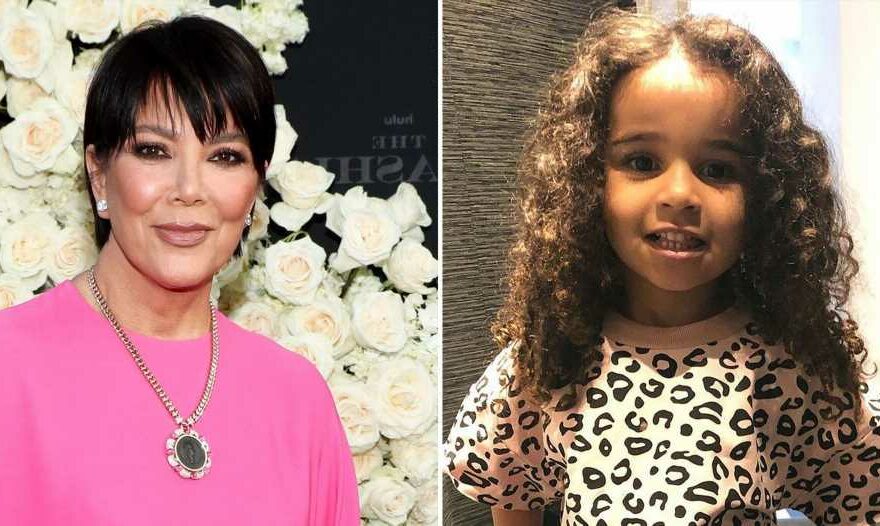 The Kardashian-Jenner Family: Get to Know the Next Generation in Photos

“Dream and I had so much fun catching up, playing games and drawing together with @amazonglow 🎉💗🎉 Guess who won Memory Match,” Jenner, 66, wrote via Instagram on Tuesday, July 5, alongside the Amazon Glow commercial.

In the clip, set at “6:56 a.m. somewhere in California,” the momager hops on her 3rd meeting of the day — a video call with her 5-year-old granddaughter. “Hi Dream! Thanks so much for squeezing me in this morning,” Jenner coos.

After Dream suggests a round of Memory Match, the Keeping Up With the Kardashians alum replies, “I actually have a great memory. I can remember the names of all my children and almost all of my grandchildren.” She also shares some pearls of wisdom with her granddaughter.

“Life is a game and there are a few lessons I’ve learned along the way,” Jenner shares in the ad. “Number one, always look at the world with rose-colored glasses.” Dream takes the reality TV star’s advice by sporting a pair of pink star-shaped sunglasses. “Tres chic, Dreamy,” her grandmother says approvingly.

Rob Kardashian and Blac Chyna: A Timeline of Their Relationship

The ad comes just months after a jury sided with the businesswoman and her daughters in a defamation and contract interfere lawsuit introduced by Dream’s mother, Blac Chyna. The 34-year-old model first took legal action against the Kardashian family in 2017 following the cancellation of her and ex-fiancé Kardashian’s reality show, Rob & Chyna. On May 2, a judge dismissed the case and Chyna was not awarded any damages.

“I am so thankful that a jury will finally listen to what really happened behind closed doors — the lies that were told and the damage that was done,” the model tweeted in April. “At the end of the trial, I’m going to be able to proudly tell King and Dream that I did everything I could to right the wrong that was done to me. And that, in life, it is my hope that they will be able to stand up for themselves when it matters too.” Chyna also shares 9-year-old son King with rapper Tyga.

Jenner testified against her son’s ex-fiancée in the trial, alleging that the Washington D.C. native threatened to kill Kylie Jenner. In May, Chyna’s lawyer, Lynne Ciani, told the Associated Press that her client plans to appeal the defamation case’s verdict.

The Kardashian-Jenners’ Biggest Legal Battles Through the Years

In addition to Dream, Jenner is also grandmother to Kourtney Kardashian’s three children with ex Scott Disick (Mason, 12, Penelope 9, and Reign, 7), Kim Kardashian’s four children with ex-husband Kanye West (North, 9, Saint, 6, Chicago, 4, and Psalm, 3), Khloé Kardashian’s daughter with ex Tristan Thompson (True, 4) and Kylie’s two children with partner Travis Scott (Stormi, 4, and a 2-year-old son whose name has not been made public after it was changed from Wolf).