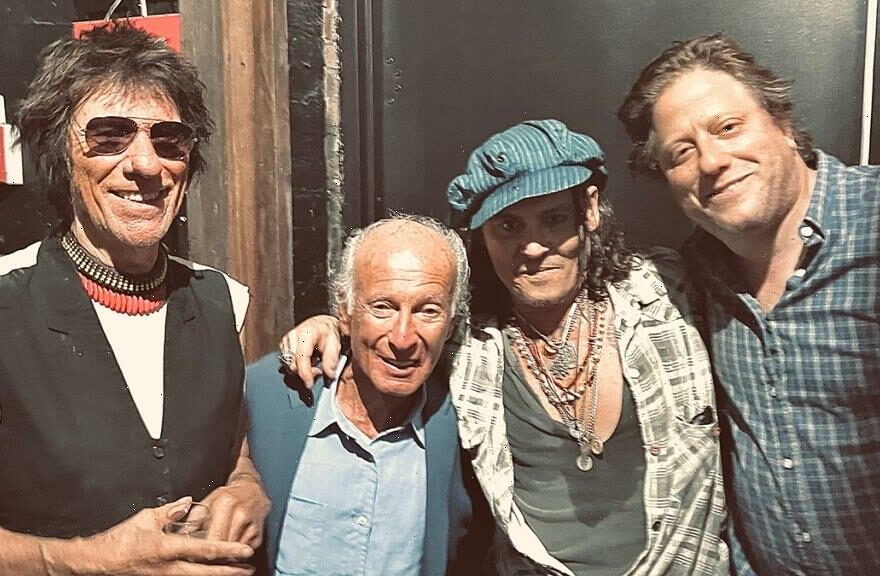 I’ve known the name Ron Delsener for as long as I can remember. Growing up in New York, I listened to a lot of radio — especially Q104.3 — and you’d hear ads for concerts at Madison Square Garden and Giants Stadium (pre-MetLife) brought to you by “Ron Delsener Presents.” Then you’d see his name on the ticket stub.

As I was graduating college, and thinking about a career in music, he was a god in my world.

Now 86 years old, Ron announced his retirement last week. He marked the occasion backstage at a show, of course. I got to witness Jeff Beck’s enormous smile as Ronnie came down steps of the Capitol Theater and turned the corner. A few nights later, I saw Ron at the Beacon Theatre for the B-52s. That pace he has, that endurance and passion, I don’t think that’ll ever end.

There’s no one more fun to be with at a show than Ron. Over the last 25 years, I can’t count the number of times I was greeted at MSG by that bright toothy smile and twinkle in Ron’s eye. He was distinguished and scrappy. You wanted to be his friend. He makes you feel good. He knows how to talk to talent, but he would also talk to the valet, or the person doing coat-check or security. He’d stop and ask people about their lives.

At the same time, seeing a show with Ron meant, you’re not going to get to see the entire show. You might go to a dressing room in the middle and have a drink. Or see some stand-up comedy in a backstage closet.

Another thing about Ron Delsener: he’s not afraid to give colorful commentary about the music. He can’t watch the show and really be quiet. He was known for that. It’s like, if you wanna watch an artist, there are other promoters to go with.

Still, he brings his incredible energy to everything we’d do, whether it be going to a restaurant like Pastis in the city or driving to Jones Beach. He still drives, although maybe he shouldn’t. There are some people who drive and can look straight. Ronnie doesn’t really do that. He’s always looking all around. And that’s what they enabled him to be a great promoter: he was always looking around the room, seeing everybody and everything.

He’s probably brought hundreds of millions of dollars to New York City during his career, from the Beatles at Forest Hills in 1964 to Barbra Streisand to Billy Joel to Simon and Garfunkel, who he essentially reunited for their 1981 concert in Central Park — no one else could have pulled that off. In 1966, he started the one-dollar ticket series at Wollman ice rink in the park; in 1983, he took on Long Island’s Jones Beach amphitheater and created a world-class venue. There’s so much he’s done.

He’s our Bill Graham or Frank Barcelona — self-made, boot-strappy and Independent, until he sold to Robert Sillerman’s SFX. He was one of the first to do so during a challenging economic situation. His finances were pretty famously up-and-down up until he got the consistency and solidification of doing an SFX deal. He’s still chairman emeritus and was working until, like, the day before Live Nation announced his retirement.

Whether you were a competitor or a colleague, he was not afraid to yell at you. He yelled at me a lot.

He’d say, “Shappy’s getting too many shows!” Which I took as a great compliment. When I started Brooklyn Bowl, the first guy I really wanted to call for an approval nod was Ron. So I invited him over to come look at it, and showed him, “the lanes go here, the stages is there…” He looked at me and said, “What the fuck are you doing, you moron? A Bowling alley?!” So it crushed me, and I got very nervous. Luckily I proved him wrong. He’s come in and can’t believe it.

The other night, we did a tequila shot with Ron. I savored it, but I have a feeling it’s not the last one.

Peter Shapiro owns and operates the Brooklyn Bowl venues and the Capitol Theatre. He serves as publisher of Relix and is the current chairman of HeadCount, one of the leading youth voter engagement and participation organizations in America. Shapiro released his first book, “The Music Never Stops: What Putting on 10,000 Shows Has Taught Me About Life, Liberty, and the Pursuit of Magic,” in August.